Critics mocked President Joe Biden for keeping a face mask on during a virtual meeting with world leaders Friday — but screenshots of the meeting did not tell the whole story.

Most of those who were criticizing the president either shared or responded to the same screenshot, taken from the video call when Russian President Vladimir Putin was speaking. (RELATED: ‘Neanderthal Thinking’: Biden, White House Bash State Governors For Ending Mask Mandates)

Pres. Biden masks up for a video call to discuss climate change with world leaders

He appears to be the only one wearing a mask pic.twitter.com/TGGuM7BW0x

This isn’t a leader, this is an embarrassment..

Biden is vaccinated and still wears a mask. It’s embarrassing.

Jenna Ellis, who served as senior legal counsel to former President Donald Trump, noted that even the Supreme Court Justices — who had all been vaccinated against coronavirus — posed for a recent photo without masks and asked why Biden continued to wear one.

So why is Biden still wearing a mask?? https://t.co/2CZ41WloME

But what wasn’t visible in most of the screenshots was the fact that while he may have been alone in the frame, President Biden was not alone in the room. He attended the virtual climate summit alongside U.S. Trade Representative Katherine Tai, Transportation Secretary Pete Buttigieg and Special Presidential Envoy for Climate John Kerry — all of whom appeared to be spaced out according to CDC guidelines on social distancing. 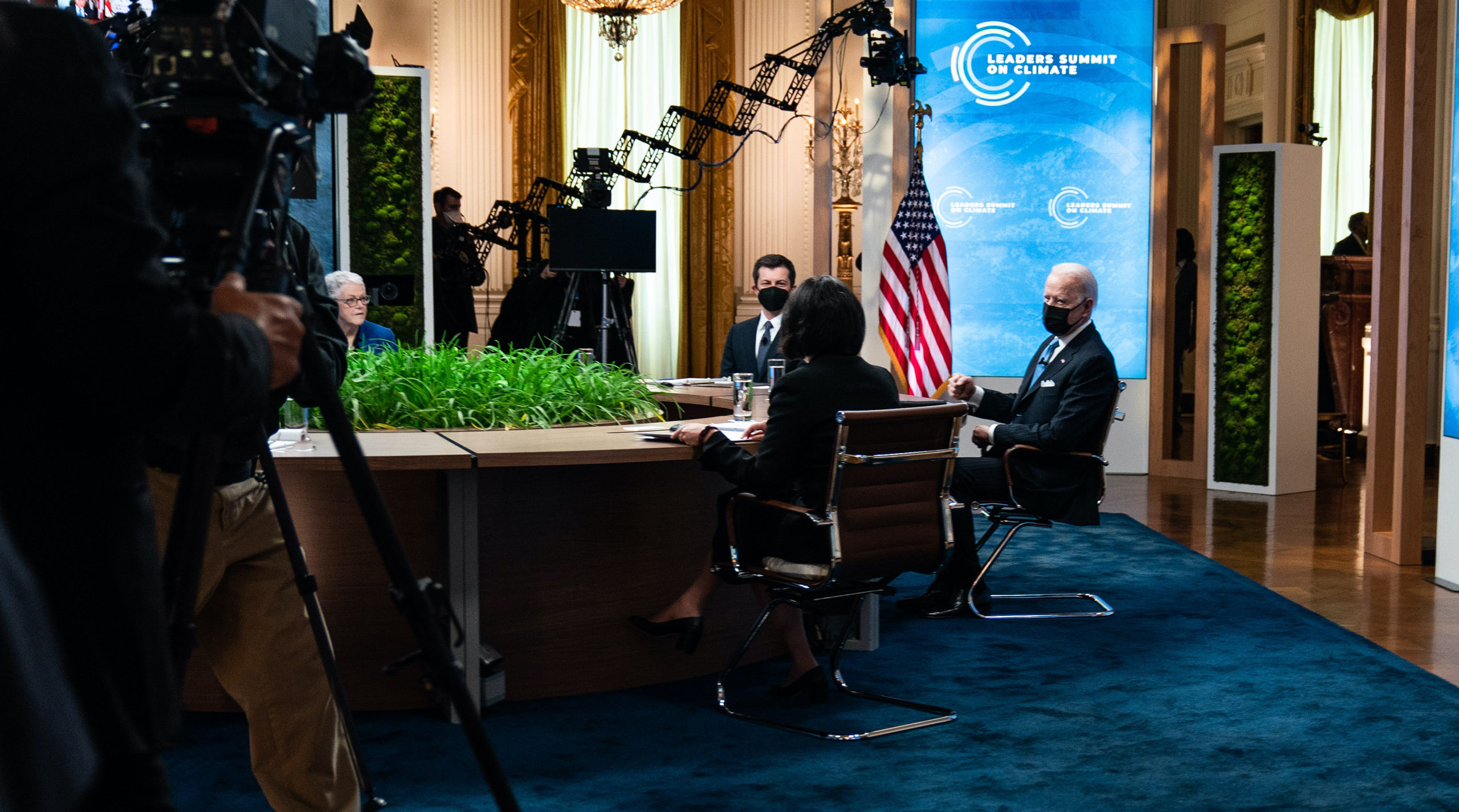 President Joe Biden delivers remarks during a virtual Leaders Summit on Climate, in the East Room of the White House in Washington DC on April 23rd, 2021.

In addition, some photos of the group showed Tai, Buttigieg and Kerry also wearing masks, following the Biden administration’s directive requiring masks for everyone while indoors on federal property — regardless of whether the person had been vaccinated. 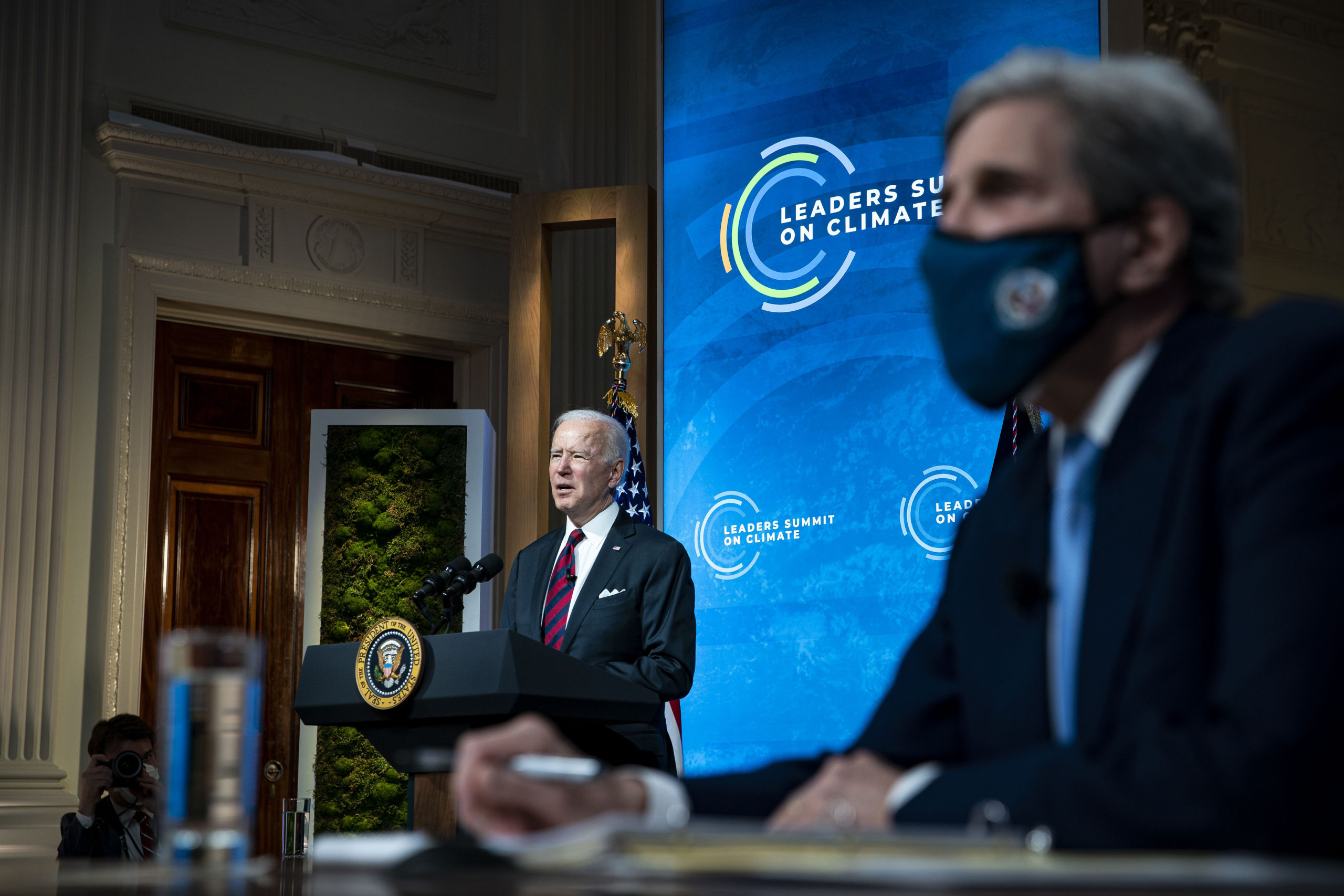 U.S. President Joe Biden delivers remarks as Special Presidential Envoy for Climate and former Secretary of State John Kerry listens during a virtual Leaders Summit on Climate with 40 world leaders at the East Room of the White House. (Photo by Al Drago-Pool/Getty Images)