Patrisse Cullors, the co-founder and executive director of Black Lives Matter’s national arm, has funneled business to a company led by a man she identified as the father of her only child, a Daily Caller News Foundation review of business records, interviews and social media posts found.

In numerous public mentions of their work, Cullors and Trap Heals chief Damon Turner did not disclose that they had a child together. But in at least one instance, Turner said Cullors was directly involved in Trap Heals’ partnership with BLM Global Network.

The executive director of the watchdog group CharityWatch, Laurie Styron, told the DCNF that a nonprofit leader shouldn’t be involved in hiring a vendor if they have a personal relationship.

“To maintain public trust, it is vital that leaders not only avoid any impropriety in practice, but also avoid the appearance of it,” Styron said. “In other words, even if the consultant or vendor hired is the best one for the job, if that vendor has a personal relationship with the leader who hired them, additional steps should be taken to prove to the public that this arrangement is in the best interest of the charity and was made at arm’s length.”

This new evidence of Cullors’ potential self-dealing follows criticism from other black activists and reports that she had purchased four homes across the country since 2016 for a total of $3.2 million. Additionally, Cullors received upwards of $20,000 a month from one of her activist groups, which also spent $26,000 at a luxury resort, the DCNF previously reported.

Black Lives Matter Greater New York Leader Hawk Newsome, a prominent New York-based black activist who is not associated with BLM Global Network, called for an “independent investigation” of BLM Global Network’s finances during an interview with the New York Post in April, though the group denied that its resources were put toward real estate purchases for any employee or volunteer.

A group of 10 BLM chapters accused BLM Global Network in November of providing little to no support to the local groups. They also said the national arm provided no acceptable financial transparency surrounding the money it raised since its founding in 2013.

The local chapters’ statement said Cullors was the “sole board member” of BLM Global Network and became the group’s executive director in July 2020 “against the will of most chapters and without their knowledge.”

BLM Global Network identified Cullors as its co-founder and executive director in a report detailing its accomplishments in 2020.

CharityWatch’s Styron, speaking generally, told the DCNF that a nonprofit’s board of directors should select the best vendor when significant payments are expected and that “[a]ny interested party should recuse themselves.”

The local BLM groups’ accusation followed a DCNF report that BLM Global Network spent a combined $4.5 million on payroll, consultants and travel in its 2017, 2018 and 2019 fiscal years, a figure that encompassed 83.3% of the group’s total spending during the three-year period, according to audited financial statements prepared by its former fiscal sponsor, Thousand Currents, a California-based charity.

During the same time period, however, BLM Global Network provided only $328,000 to outside organizations, the financial statements show, such as the local, independent and autonomous BLM chapters across the country that, according to Cullors, are the ones responsible for carrying out the group’s mission. 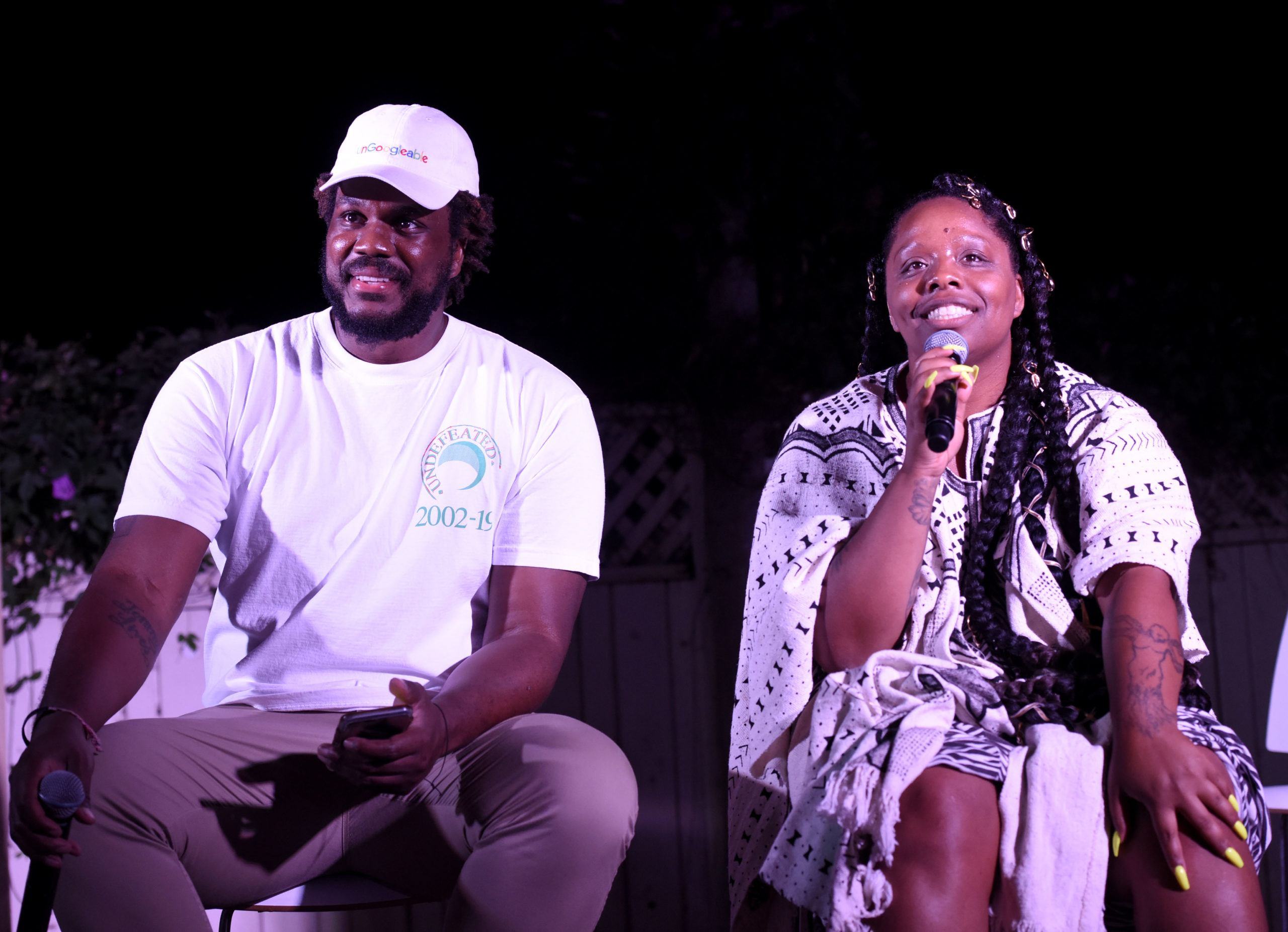 Despite BLM Global Network spending millions between 2017 and 2019, Cullors said in an April interview with Temple University professor Marc Lamont Hill that the group didn’t have “real dollars” until after the May 2020 police killing of George Floyd, which, according to the Associated Press, drove more than $90 million into BLM’s coffers in 2020.

“We have to build an organization. It’s the first time we’ve ever had real dollars and we have to build a black institution that can challenge policing, that can take care of black communities,” Cullors told Hill. “The whole point of these articles and these recent attacks against me are to discredit me but also to discredit the movement.”

Cullors added that criticisms of her real estate purchases are “wanting.”

“The way that I live my life is in direct support to black people, including my black family members, first and foremost. For so many black folks who are able to invest in themselves and their community, they chose to invest in their family, and that’s what I chose to do,” Cullors told Hill. “So I see my money as not my own. I see it as my family’s money as well.”

The DCNF previously reported that Cullors’ consulting form, Janaya and Patrisse Consulting, received upwards of $20,000 a month in 2019 from Reform LA Jails, one of Cullors’ groups that paid Turner’s company, according to the group’s campaign finance filings.

Reform LA Jails said in a statement that it provided Cullors “market rate compensation for serving as the chief executive of a historic and successful $5 million dollar campaign in California” and added that it is “sexist and racist to expect an executive level Black woman to not be paid for their work.” (RELATED: BLM Threatened Legal Action Against Local Black Activist Who Called For Investigation Into Its Finances)

Reform LA Jails also dropped $26,000 at a luxury Malibu beach resort in 2019 for “meetings,” according to California campaign finance records previously reported by the DCNF.

Cullors did not disclose that she has a personal relationship with Turner during interviews with the Los Angeles Times, The Root, and Bustle despite mentioning his involvement with her political groups and art projects.

Cullors herself published a lengthy interview she conducted with Turner in the nonprofit news outlet Prism in April 2020 in which she identified Turner as a “cultural architect,” but did not disclose Turner as the father of her child.

Cullors identified Turner as the father of her only child in a 2019 post on her verified and public Instagram profile. The DCNF did not link to the post in order to protect the privacy of the child.

“This past decade I healed my relationship with @iamdamonturner,” Cullors wrote in the post. “We entered the decade developing a friendship and then having a baby.”

Turner said in a May 2020 interview on the “What We Gon Do?” podcast that he originally intended Trap Heals to produce a single music album, but said the company “turned more so into what it is now because Patrisse Cullors of Black Lives Matter” invited him to participate with BLM at the Afropunk Atlanta art festival in October 2018. Trap Heals also sells sweatshirts on its web page for as much as $145.

Cullors “hit me and said, ‘Hey what have you been working on?'” Turner recalled. “I sent her the deck that I was working on, and that sort of gave us the opportunity to do this really cool art installation.”

“We had games, pillows on the floor, cherry blossom trees. And that became sort of like the destination for the festival that year. Everybody knew that something just happened,” Turner said. “As we began digging deeper into that idea, Black Lives Matter Global Network gave us a contract to support them in their cultural efforts.”

Turner did not disclose during the interview that he had a personal relationship with Cullors before BLM granted the contract.

Turner founded Trap Heals on Oct. 9, 2018, just days before it partnered with BLM Global Network at the Oct. 13 and 14 Afropunk festival, California business records show. Turner is the sole manager of Trap Heals, according to an Oct. 21, 2018, business filing to the California Secretary of State.

Turner lists prior experience as an event manager on his LinkedIn profile, which states he served as the art and cultural programming director for a Los Angeles-based nonprofit between 2011 and 2014.

BLM PAC and Trap Heals produced an election night live show that streamed on Cullors’ personal YouTube page, according to Respect Mag, though no such video is saved on her channel.

Trap Heals organized “day parties” for the jail reform group, which initiated conversations in the Los Angeles community around jail reform and mental health awareness while providing good food and music, Turner said during a February 2020 interview with Prism.

Trap Heals served as the “lead developer of the art & cultural efforts” of BLM Global Network in 2018, an archived version of the Trap Heals website stated. Turner’s company also executed “#BLM healing experiences” at three events that year, including one at Afropunk.

Trap Heals also facilitated healing experiences for BLM Global Network at ComplexCon in Long Beach, California, in November 2018 and at Art Basel Miami Beach in December 2018, according to the archive.

It’s not clear if BLM Global Network paid Turner’s company for its services.

Federal law requires charities to disclose contractors that received more than $100,000 in any single tax year in their Form 990s. The fiscal sponsor for BLM Global Network did not list Trap Heals as a contractor in its Form 990 tax filing for its 2019 fiscal year, which covered the timeframe between July 2018 and June 2019.

The Tides Foundation announced in July it took over as BLM Global Network’s fiscal sponsor.