Democratic Speaker of the House Nancy Pelosi called for a cease-fire between Israel and Hamas, the terrorist group controlling Gaza, in a Tuesday statement after continued airstrikes.

Pelosi joined dozens of lawmakers in calling for the cease-fire, saying both Republicans and Democrats need to work together to end the violence and fight for peace between the Israeli and Palestinian people. Pelosi said Israel has “a right to defend” itself after Hamas began launching rockets at them.

“Israel is our friend and ally in the Middle East with whom we have shared values. It is in the U.S. national security interest to support security in Israel. Hamas exploited a volatile situation to initiate hostilities against Israel, launching more than 3,000 rockets, and as always, Israel has a right to defend herself. Now, after more than a week of hostilities, it has become even more apparent that a ceasefire is necessary,” Pelosi said in a statement. 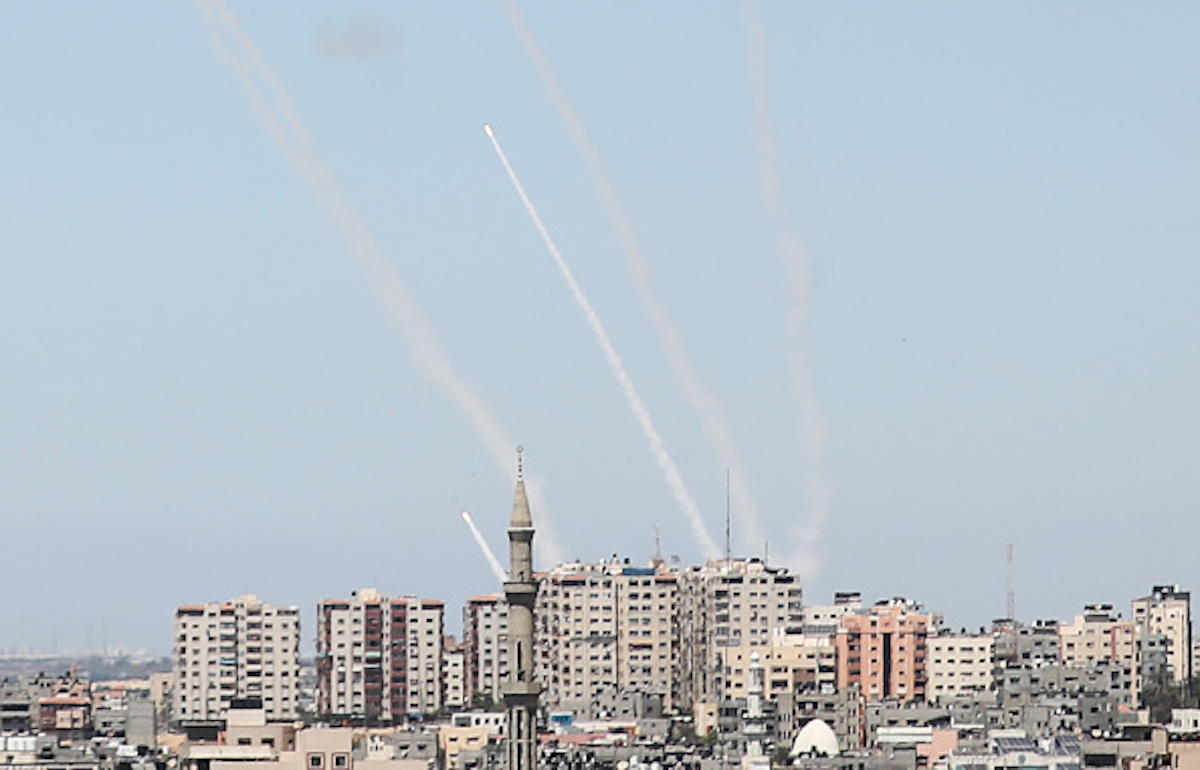 Rockets are being fired from Gaza targeting Israeli cities in response to Israeli airstrikes on the Gaza Strip, on May 15, 2021. (Photo by Mustafa Hassona/Anadolu Agency via Getty Images)

President Joe Biden has also said that Israel has the right to defend itself against attacks from Hamas. The comments have upset Democrats such as New York Rep. Alexandria Ocasio-Cortez, who has called Israel an “apartheid state.” RELATED: The Israel-Palestinian Conflict Is Dividing Democrats)

The airstrikes have killed at least 212 people, including at least 61 children, local health authorities told The New York Times.