Manchin, a frequent target of his party’s progressive wing, found himself in its sights after he announced his opposition to S.1., or the “For the People Act,” and again vowed to not abolish the filibuster.

His opposition means that just 49 senators support the bill, effectively ending its chances of becoming law even if Democrats had enough votes to scrap the 60-vote threshold.

In an opinion piece in West Virginia’s Charleston Gazette-Mail, Manchin asserted that the debate over voting rights has become “overtly politicized,” with each party trying to secure a “partisan advantage” instead of actually protecting the right to cast a ballot.

“The truth, I would argue, is that voting and election reform that is done in a partisan manner will all but ensure partisan divisions continue to deepen,” Manchin said, explaining his opposition to his party’s bill and criticizing Republican bills in states that “needlessly restrict voting.”

“Joe Manchin is the new [Senate Minority Leader] Mitch McConnell,” New York Rep. Jamaal Bowman said. “And now [he] is doing everything in his power to stop democracy and stop our work for the people.”

Missouri Rep. Cori Bush echoed both of them, accusing Manchin and like-minded Democrats of “actively sabotaging” the party’s agenda and “blocking our progress.”

“Join us in saving lives or get out of the way,” she added.

Even President Joe Biden threw veiled criticism towards Manchin and Arizona Democratic Sen. Kyrsten Sinema last week, saying that his agenda has stalled, at least partially, due to their voting “more with my Republican friends.”

Contrary to the president’s claim, both senators having voted with the White House 100% of the time since Biden took office. (RELATED: Even With Congressional Majorities, Democrats’ Agenda Is Stalling)

A spokesperson for Manchin did not immediately respond to a request for comment. 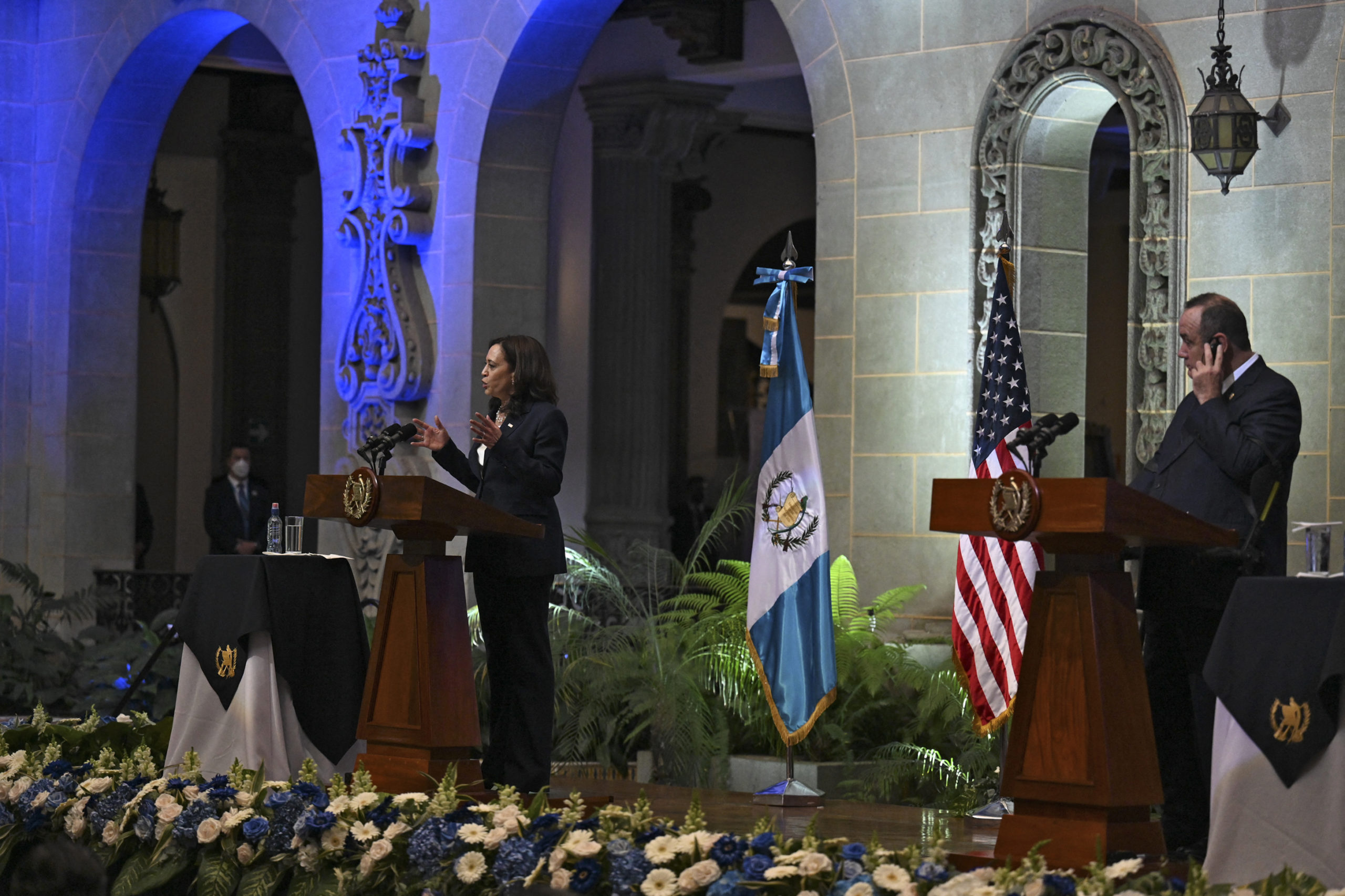 Harris also came under fire from progressives Monday while speaking in Guatemala regarding the southern border.

Amid surging numbers of Central American migrants heading north and record apprehensions by the border patrol, Harris begged those considering the trip to reconsider.

“The goal of our work is to help Guatemalans find hope at home,” Harris said. “At the same time, I want to be clear to folks in this region who are thinking about making that dangerous trek to the United States-Mexico border. Do not come. Do not come.”

“This is disappointing to see,” New York Rep. Alexandria Ocasio-Cortez wrote on Twitter, saying that seeking asylum was legal under U.S. law. “The US spent decades contributing to regime change and destabilization in Latin America. We can’t help set someone’s house on fire and then blame them for fleeing.”