A major radio network that produces shows for prominent conservative hosts appointed a Media Matters director to its own board in 2018. Since then, the network has escaped the ire of the liberal media watchdog group known for its efforts to defund and cancel conservatives.

Investment fund manager Tom Castro, who has served as a Media Matters director since 2013, joined the Cumulus Media board in early 2018. Media Matters mentioned Cumulus in at least 160 articles prior to Castro joining the radio network’s board; since then, Media Matters has mentioned the word “Cumulus” in just three articles, according to a Daily Caller News Foundation review.

Cumulus is one of the largest radio companies in the nation, boasting that its content reaches over a quarter billion people every month. The company owns 415 stations across the country, and delivers content to nearly 7,300 affiliated stations through its subsidiary Westwood One.

While Media Matters has covered Westwood One’s conservative talent during Castro’s simultaneous tenure on the two organizations’ boards, the media watchdog group has spared Cumulus from the types of advertiser boycotts it has recently organized against Fox News.

Media Matters reported in May that any advertiser that sponsors Fox News puts their brand “in danger.” A month prior, the watchdog group reported that “every Fox News advertiser bears responsibility” for host Tucker Carlson’s “vile rhetoric.”

Media Matters also launched the “Drop Fox” campaign in early 2021 explicitly calling on major brands to stop buying ads on the network. The group has also operated the “UnFox My Cable Box” campaign since at least 2019 to pressure television providers to stop paying subscriber fees to Fox News. 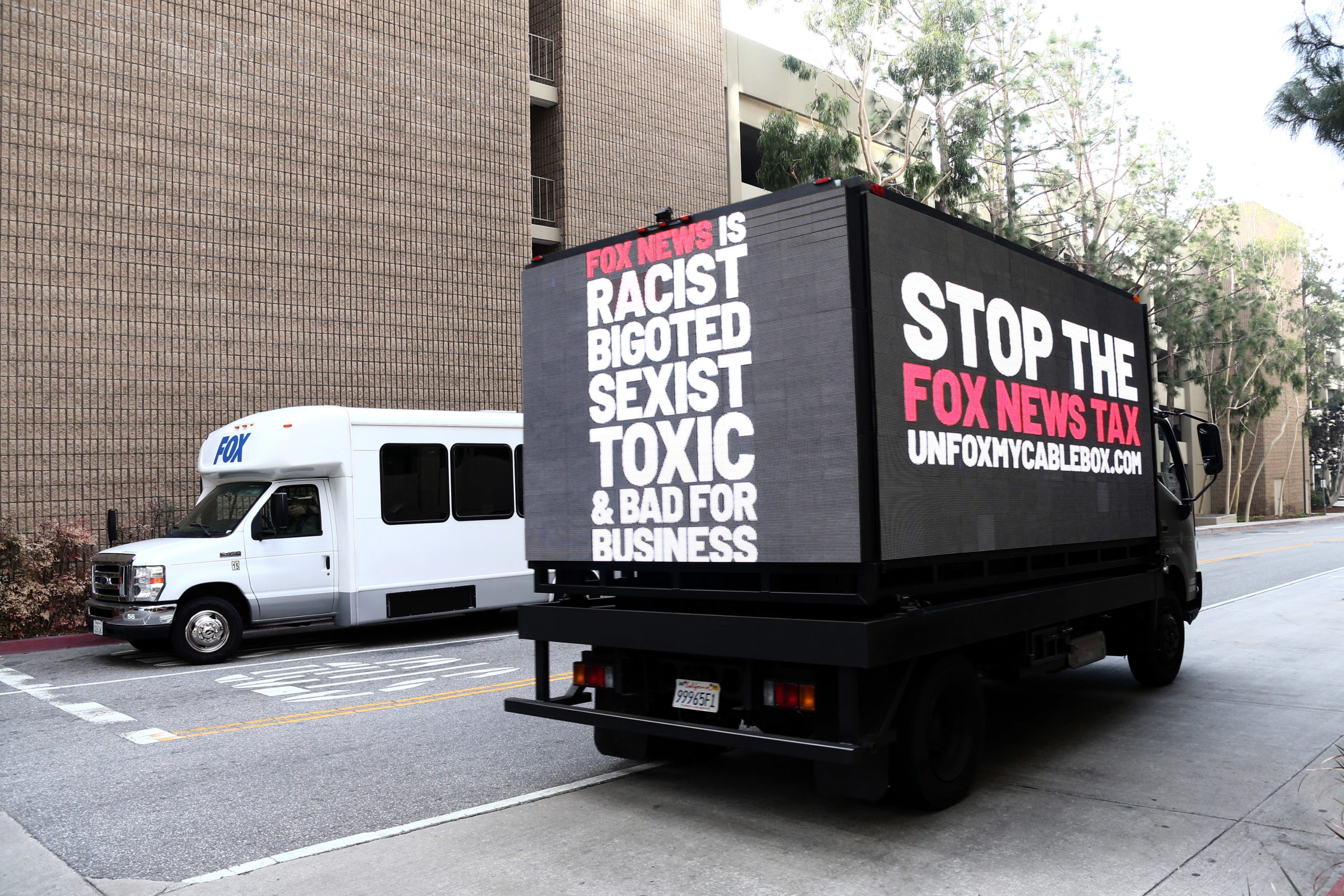 As part of its extensive coverage of Fox News, Media Matters often frames comments made on Cumulus-produced radio shows as being the responsibility of the television network.

For example, Media Matters has published at least 15 stories since late 2019 covering comments “Fox host” Mark Levin made on his radio show produced by Cumulus subsidiary Westwood One, a review of the Media Matters website shows.

While the Media Matters stories about Levin do disclose that his comments came from his radio show and not his Sunday evening Fox News show, the headline, framing and featured image of the stories often give the impression that Fox News bears responsibility for the comments.

Since Castro joined the Cumulus board, Media Matters stories covering the radio network and its Westwood One subsidiary haven’t used threatening language against Cumulus advertisers that the watchdog group often includes in its coverage of Fox News, despite leveraging comments made on Cumulus properties as part of its anti-Fox crusade.

That wasn’t always the case, however. In 2012, Media Matters organized an advertiser boycott campaign against the late radio host Rush Limbaugh that targeted a number of radio networks including Cumulus, which carried Limbaugh on around 40 of its 570 stations at the time. In a story promoting the campaign, Media Matters said that advertisers and radio executives “are realizing that associating with Rush Limbaugh is bad for business.”

Media Matters mentioned the financial consequence Cumulus faced as a result of the Limbaugh boycott campaign in at least eight stories in 2012. In one story calling Cumulus a “Limbaugh affiliate,” Media Matters reported that the boycott cost the radio network millions in lost revenue.

Media Matters spokeswoman Laura Keiter told the DCNF in an email that the group has “written more, not less, content critical of Cumulus/Westwood One hosts in the 4 years following 2018 than the 3 years prior.”

“If you think we’re in the tank for Cumulus, go ask Mark Levin or Dan Bongino whether they think the researchers assigned to listen to their shows are going easy on them. The last time Media Matters wrote about Cumulus, the article’s headline was ‘Cumulus Media hosts continue to spread election misinformation after being told to stop.'”

Keiter did not respond to a follow-up email asking why Media Matters hasn’t targeted Cumulus or Westwood One with advertiser boycotts similar to those it has launched against Fox News during Castro’s dual tenure on the Media Matters and Cumulus boards.

It’s unclear if Castro’s position on the Media Matters board was a factor in his appointment to the Cumulus board of directors in early 2018. Cumulus did not return a request for comment. (RELATED: Media Matters President Wrote Blog Posts About ‘Japs,’ ‘Jewry’ And ‘Trannies’)

Castro, a Democrat, bought several radio stations in California and Oregon in the early 1980s during his mid-20s. One of the radio companies he founded ended up growing into one of the largest privately-owned radio companies in the U.S. He now serves as the founder and CEO of the Houston-based investment firm El Dorado Capital.

Cumulus is not upfront about Castro’s involvement with Media Matters. The radio network states on its website that Castro “has been active in civic affairs nationally” and that he “serves on numerous boards,” but does not identify his affiliation with Media Matters.

Castro was first identified as a Media Matters director in the group’s 2013 Form 990 filed with the IRS and was listed as a director in every subsequent filing through 2019, the latest available Media Matters Form 990.