At least ten Catholic Churches in Canada have either been vandalized or burnt to the ground amid ongoing discoveries of unmarked graves of indigenous children forced by the Canadian government to attend residential schools between 1863 and 1996.

Though no direct link has been established between the church burnings and the discovery of the burials, the fires have taken place mostly on tribal land, Catholic news outlet the Pillar reported. The publication noted that the fires also are occurring as First Nations people grieve over more discoveries of the graves of children and that local authorities are treating the crimes as both suspicious and potentially hate crimes. (RELATED: Hundreds Of Unmarked Graves Found Near Former Boarding School In Canada)

Calgary Police announced Thursday that “ten churches were vandalized across the city overnight” in a statement that referenced the “very dark part” of Canadian history “that destroyed the lives of countless Indigenous families, communities and people.” The statement referred to the recent discovery of the hundreds of unmarked graves of children on the grounds of former schools in both British Columbia and Saskatchewan.

Another Catholic Church burst into flames and was razed to the ground in Edmonton as First Nation Indians continue to attack churches across Western Canada. pic.twitter.com/xBfivOq6pQ

Dear @HawleyMO, @ScottWalker, @tedcruz and anyone else out there. Canada is going through a Kristallnacht of church fires and vandalism. Ten churches today alone. Canadian police and politicians don’t seem care — many of them actually whipped it up. Please send help. pic.twitter.com/pK8QOGsOFt

“Given the harm this chapter of our history has caused to Indigenous people in our community, it is understandable that emotions and tensions are running high,” the statement said, adding that “we must never forget that residential schools are part of our legacy as a country and we need to continue seeking the truth about what happened.”

Protestors also toppled statues of Queen Elizabeth II and Queen Victoria on Thursday out of anger about the news of the graves, the BBC reported.

“The destruction of places of worship is unacceptable and it must stop,” Trudeau said, the local outlet WESH reported Wednesday. “We must work together to right past wrongs.”

“I can understand the frustration, the anger, the hurt and the pain, there’s no question,” Bellegarde said, according to WESH. “But to burn things down is not our way.” 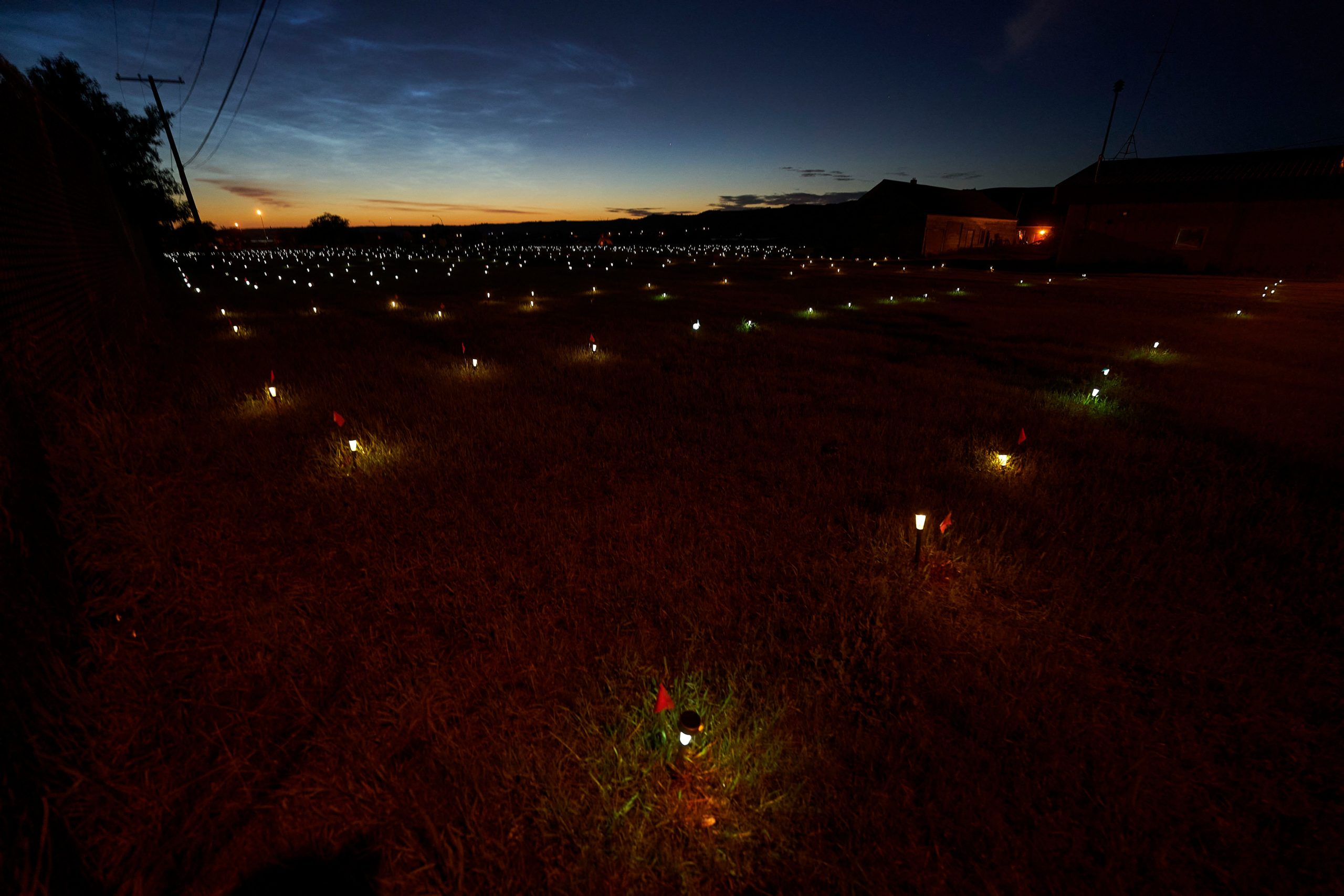 Solar lights and flags now mark the spots where 751 human remains were recently discovered in unmarked graves at the site of the former Marieval Indian Residential School on the Cowessess First Nation in Saskatchewan on June 27, 2021. (GEOFF ROBINS/AFP via Getty Images)

“However,” the statement added, “we also all need to join together as a community to come to terms with our past and find a path forward to reconciliation. Vandalism like this is not just illegal; it serves to create further division, fear and destruction in our city. We need to find the people responsible, both to hold them accountable and to prevent further divisive incidents.” (RELATED: Fire Blazes Yet Another Canadian Church, Sparking Suspicion Of Possible Anti-Catholic Hate Crime)

Indigenous children in Canada were reportedly forced to attend schools as part of an assimilation program around 1883, the Times reported. The overcrowded schools, many of which were operated by the Catholic Church, banned the use of indigenous languages and practices, according to the Times.

Canada’s Truth and Reconciliation report, released in 2015, found that thousands of children died from disease in the over crowded schools and that lack of supervision at the schools allowed for abuse and neglect.

Three indigenous communities have announced since May that ground-penetrating radar had uncovered hundreds of the unmarked graves, the New York Times reported, but the scans could not detect how the children had died. 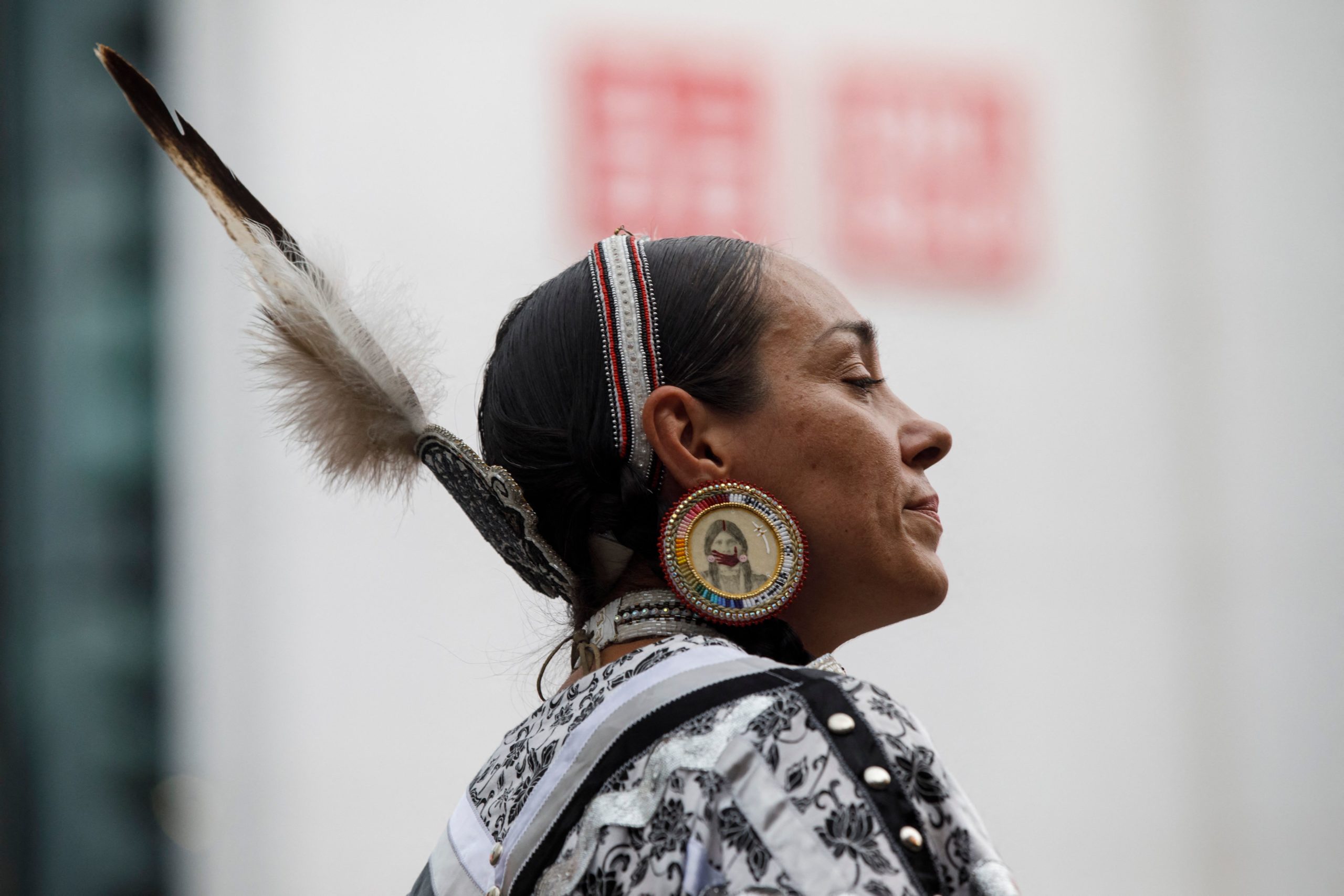 Dancer Nichole Leveck participates in a round dance as part of a No Pride in Genocide anti-Canada Day event, in Toronto, Ontario, Canada, July 1, 2021. (COLE BURSTON/AFP via Getty Images)

Between the opening of the schools to their closing in 1996, the Times reported, about 150,000 children are estimated to have passed through the schools. The TRC report found that at least 4,100 students died during their time attending the schools, some from mistreatment, neglect, disease, or accident. Families of some of these children never found out why their children died, according to the publication.

“We’re beyond apologies, we need to talk about accountability,” Chief Jason Louie of the Lower Kootenay Band said Wednesday following the discovery of remains at  St. Eugene’s Mission School, according to the Times. “If Nazi war criminals can be tried at an elderly age for their war crimes, I think we should be tracking down the living survivors of the church — being the priests and the nuns — who had a hand in this.”

Editor’s note: This story has been updated to reflect the Truth and Reconciliation Commission’s terminology referring to unmarked graves.