The Arkansas Republican weighed in on a major abortion case that the Supreme Court court will take up in October — one that advocates on both sides of the aisle say could directly challenge Roe v. Wade. This will be the first major abortion case in which all three of former President Donald Trump’s Supreme Court justice appointees participate, including Justice Amy Coney Barrett, who gained a seat on the court after a contentious confirmation process in October.

Cotton told the Daily Caller News Foundation’s Mary Margaret Olohan that the “law at issue in Mississippi should be upheld” and that he was “disappointed” that it was struck down to begin with. (RELATED: Most Americans Want Abortion Restrictions After Unborn Baby Reaches 12 Weeks: POLL)

“States like Mississippi, states like mine, have the power under our constitutional system to adopt reasonable regulations on a practice like abortion to protect the unborn life of the baby, to protect the health of the mother as well,” Cotton said.

“For far too long, the Supreme Court has had its own special abortion jurisprudence, that really doesn’t apply in any other field of law, treating this one practice as somehow constitutionally sacrosanct, ” Cotton said, adding that it is “high time for the Supreme Court to revisit this issue.”

Cotton said that he not only thinks Americans can handle Roe v. Wade being overturned, he also believes that overturning the divisive Supreme Court case would be “the best way for us to handle some of these very sensitive issues.” (RELATED: EXCLUSIVE: The Left Started The Culture Wars, Tom Cotton Says, And ‘Normal Americans Expect Us To Stand Up And Fight Back’)

“Until 1973 states were making changes to their abortion laws, some states were liberalizing their laws, some states weren’t,” he said. “Without Roe v. Wade, once again states would have the power to take their own course. I suspect California and New York might have more liberal abortion laws in a state like mine, in Arkansas or state like Iowa. That’s how our country operated until 1973. I think it can do just fine once again and, in fact, I think that’s probably the better course of action on the matter.” 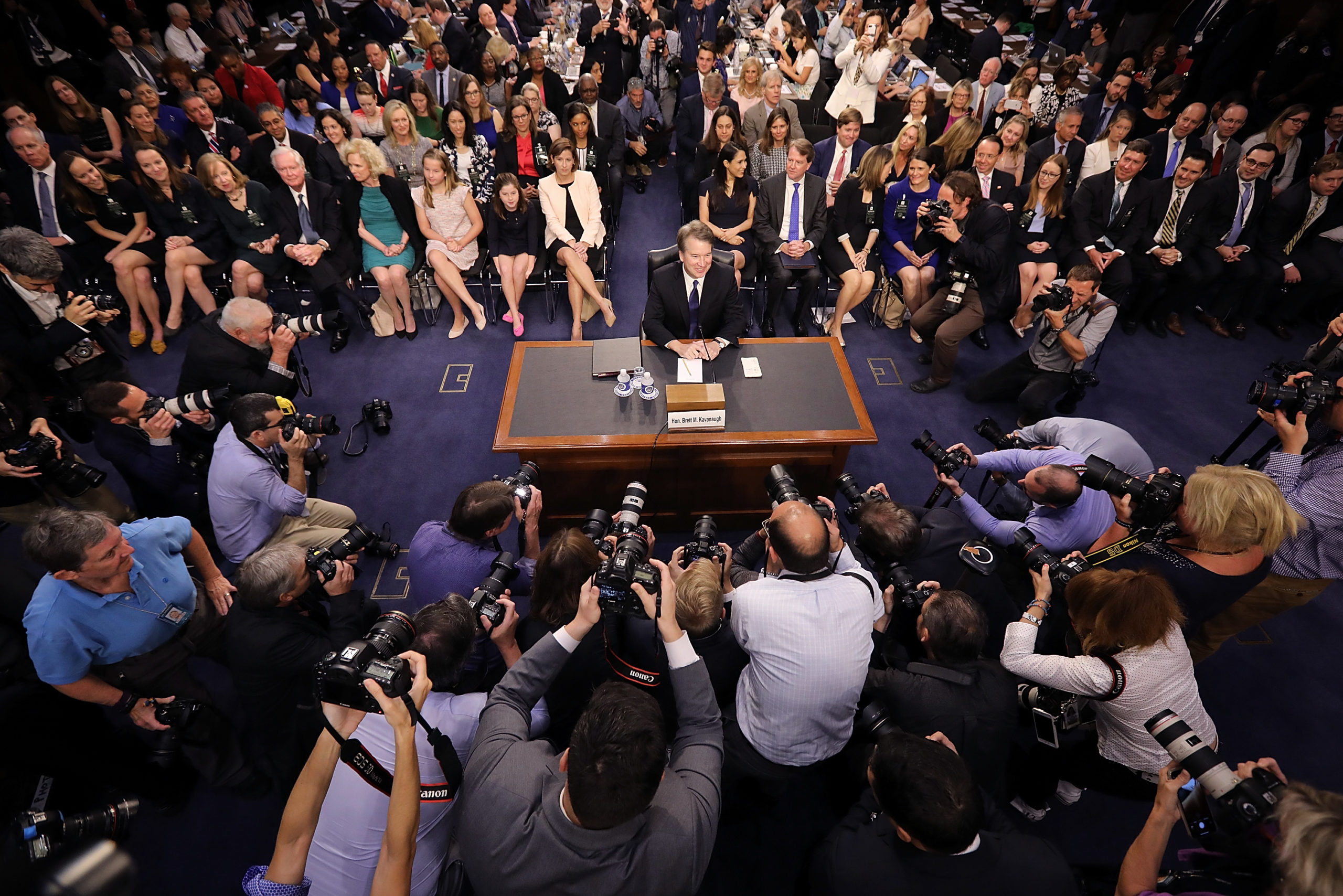 “There the stakes were a little bit lower the year prior with Neil Gorsuch because he was replacing Justice Scalia, but with Brett Kavanaugh replacing Justice Kennedy (who had been a member of the majority in Planned Parenthood v. Casey) the abortion lobby and the abortion industry pulled out all the stops,” Cotton said.

“What happened to Brett Kavanaugh was a disgrace,” he continued. “He was attacked and he was smeared without evidence, in fact, contrary to what little evidence there was. So I think you saw just how far they will go, it’s an example of how radical and extreme Democrats have become.”