A Business Insider list of former President Donald Trump’s officials tracks where these figures are working since departing the administration, warning that like Trump, these former staffers are “nowhere close to being gone.”

Insider said it combed through the interviews, LinkedIn profiles, and public records of over 327 former Trump staffers and compiled a searchable database “to show where they all landed.”  (RELATED: Alexandria Ocasio-Cortez Suggests ‘Trump Sycophants’ Should Be Held Accountable ‘In The Future’)

The publication noted that almost 100 former staffers have obtained “establishment” jobs, that over 40 of these former Trump officials still work in the government or in politics, and that at least 85 have gone “off the grid with no information available about their next move.”

“Donald Trump has been deplatformed and defenestrated, but he’s nowhere close to being gone,” Insider wrote. “The same goes for the people who made up his administration.” (RELATED: ‘We Have A List’: Pundits And Democrats Plan To Hold Trump Supporters Accountable)

Within hours of the publication tweeting the story, Twitter users had already begun threatening or encouraging targeted harassment of the former Trump officials.

Global Editor-in-Chief Nicholas Carson and Henry Blodget, CEO and cofounder of Insider Inc., did not immediately respond to requests for comment from the Daily Caller News Foundation. 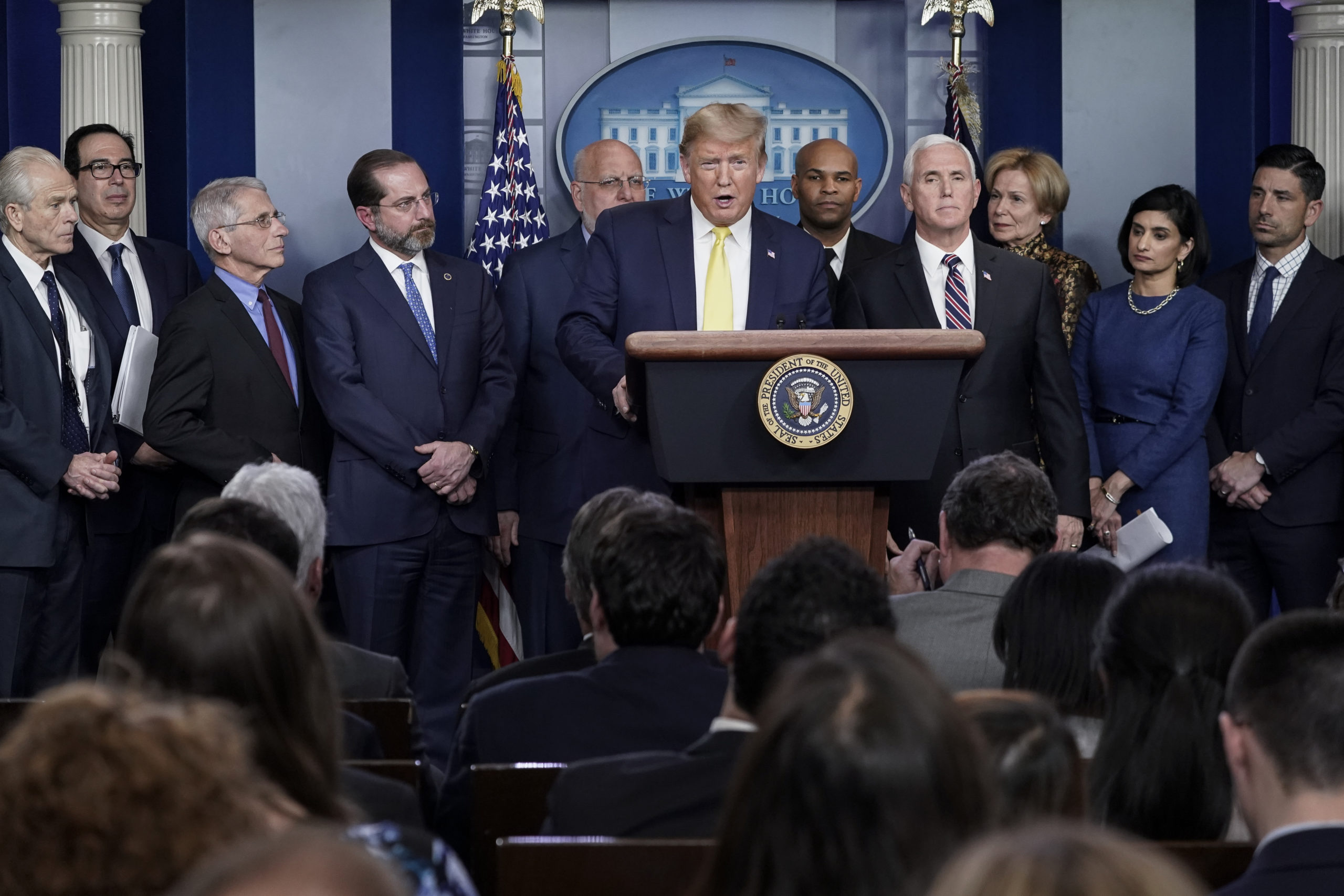 The publication’s list of Trump officials bears similarities to the media figures and Democrats who called for lists to be made of Trump’s “sycophants” or supporters following the presidential election, suggesting that these lists will be used in the future to hold the former president’s supporters accountable.

Donald Trump has been deplatformed and defenestrated, but he’s nowhere close to being gone. The same goes for the people who made up his administration.

Journalist Glen Greenwald had predicted before the election that rather than settle the nation’s divisiveness, a Biden presidency would spur the media to target Trump supporters. The Intercept co-founder said that several highly successful media companies found their place during Trump’s presidency based on dramatized fear narratives, and that these media companies must find a way to keep a fear narrative alive or face cancelled subscriptions.

“They’re going to continue to say, [if] not maybe Trump, at least his movement, still pose this existential threat,” Greenwald said during an October podcast with Joe Rogan.

“So many institutions are profiting — I don’t just mean financially, in terms of power and control — from elevating fear levels over right-wing fascism, over white supremacists, domestic terrorism, whatever you want to call it,” Greenwald said. 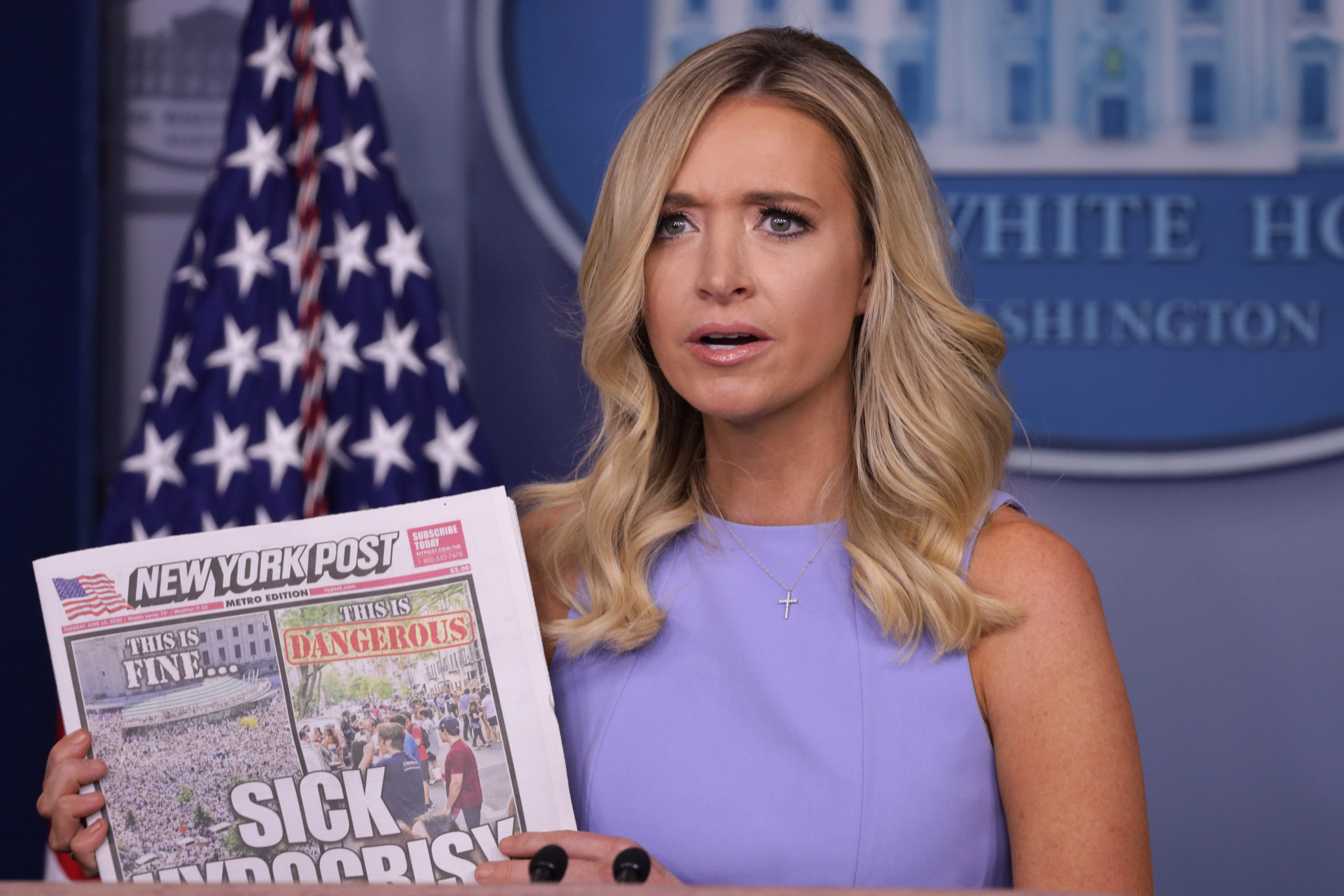 White House Press Secretary Kayleigh McEnany holds up a copy of the New York Post during a news briefing at the James Brady Press Briefing Room of the White House June 17, 2020 in Washington, DC. McEnany held a news briefing to answer questions from members of the press. (Alex Wong/Getty Images)

Democratic New York Rep. Alexandria Ocasio-Cortez asked in November, the day before media outlets called the presidential race for Biden, whether anyone was “archiving these Trump sycophants for when they try to downplay or deny their complicity in the future.”

“I foresee decent probability of many deleted Tweets, writings, photos in the future,” she said. (RELATED: ‘How *Do* You Deprogram 75 Million People?’ — California Democrat Wants ‘Post WWII’-Type Re-Education For Conservatives)

CNN’s Jake Tapper also suggested at the time that Trump and his followers should be careful of behaving in a way that might impact their future employment.

“I truly sympathize with those dealing with losing — it’s not easy — but at a certain point one has to think not only about what’s best for the nation (peaceful transfer of power) but how any future employers might see your character defined during adversity,” Tapper said.

Washington Post columnist Jennifer Rubin also warned that Republicans “now promoting rejection of an election or calling to not to follow the will of voters or making baseless allegations of fraud should never serve in office, join a corporate board, find a faculty position or be accepted into ‘polite’ society.”