New York Democratic Rep. Alexandria Ocasio-Cortez invested a large sum of money into political merchandise for her online store since the start of 2021, Reuters reported Monday.

The merchandise includes items with slogans such as “AOC,” “Tax the Rich,” and “Fight for our Future.” Ocasio-Cortez’ campaign paid Financial Innovations, a political merchandise firm, over $1.4 million, according to the Federal Election Commission, Reuters reported. 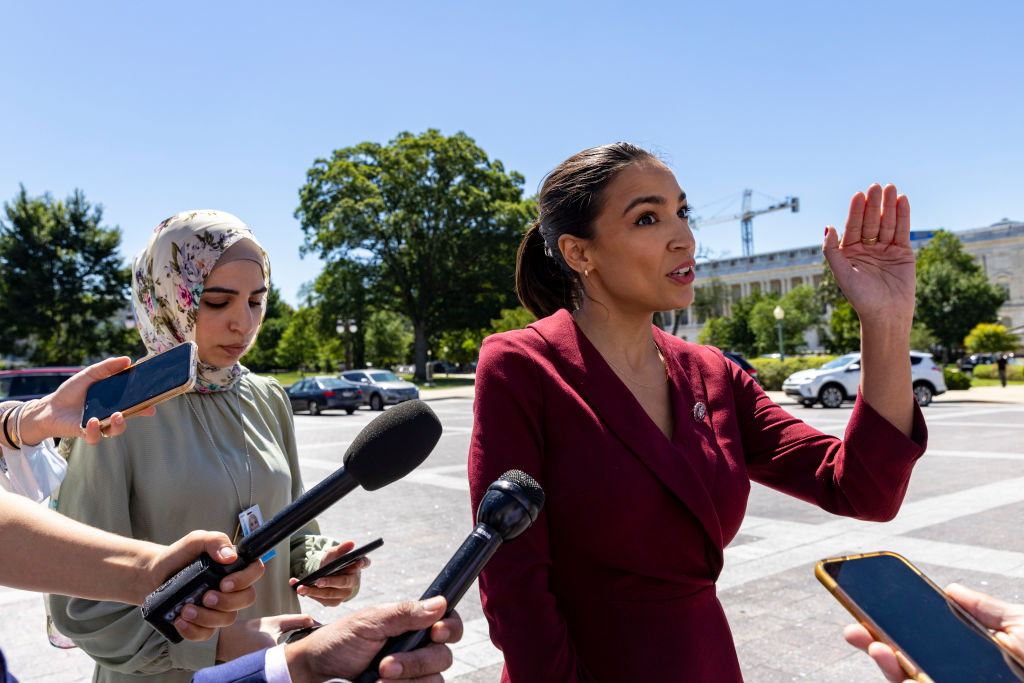 WASHINGTON, DC – JUNE 17: Rep. Alexandria Ocasio-Cortez (D-NY), speaks to reporters outside the U.S. Capitol on June 17, 2021 in Washington, DC. Republican lawmakers voted against a bill the House passed on Tuesday awarding all law enforcement officers the highest congressional honor for their work during the January 6 Capitol riot. (Photo by Tasos Katopodis/Getty Images)

The purpose of Ocasio-Cortez’ online store is to fundraise for her campaign while also making her name more notable in the Democratic Party, according to Reuters. “It’s a sign she is nurturing her massive influence,” Andrew Frawley, who helped manage merchandise operation for Andrew Yang’s 2020 campaign, said, according to Reuters. Frawley also said this campaign could be making at least a 50% profit, if not more, from the merchandise sales.

Ocasio-Cortez has over 8 million followers on Instagram and has shot videos and interviews, such as one with Vogue in 2020, in which she detailed her beauty routine. Since the November election, her campaign has raised around $6.9 million. (RELATED: AOC Gives Up Facebook Because Social Media Is Bad, Keeps Instagram and Twitter)

“One would assume that she does have ambitions for higher office. Having a big bank account is certainly useful for that,” said Political Scientist Erika Franklin Fowler, Reuters reported.

Ocasio-Cortez’ campaign told Reuters that the store’s goal is to uplift “independent artists of color whose work tells a story of community and imagines a more equitable world for all.”