A government watchdog group filed a complaint Tuesday demanding the Department of the Interior investigate whether a Biden administration political appointee committed an “egregious” ethics violation when he rescinded a directive in June.

The appointee, Deputy Solicitor for Water Resources Daniel Cordalis, rescinded a Jan. 14 memo that, according to watchdog group Protect the Public’s Trust, likely delivered a financial boon to the Northern California-based Yurok Tribe, a group that he used to represent in legal matters and that currently employs his wife.

The memo Cordalis rescinded was penned by nonpolitical career officials and would have reduced revenue for the Central Valley Project Improvement (CVPIA), a program that has delivered at least $30.8 million in grants to the Yurok Tribe since 2013.

Cordalis rescinded the memo June 11 and ordered staff at the Interior Department to reconsider the decision in light of an executive order signed by President Joe Biden on his first day in office ordering all executive departments to rescind Trump-era actions that don’t advance “environmental justice.”

However, the move could benefit the Yurok Tribe, and thus likely constitutes a “blatant and egregious violation of ethics commitments” due to Cordalis’ close relationship with the tribe, Protect the Public Trust said in a press release.

“With the January memo, it’s possible that some of that funding could be reduced,” Protect the Public Trust director Michael Chamberlain told the Daily Caller News Foundation. “So the tribe, as it’s spelled out in our complaint, has a definite financial interest in the policy discussed in the memo.”

The watchdog group said in a press release Tuesday that there was no ethics waiver in the Office of Government Ethics showing that Cordalis was granted a waiver prior to rescinding the memo. (RELATED: Biden’s Anti-Drilling Interior Nominee Once Led Company That Profited From Fossil Fuels)

“The American public has every right to demand that high-ranking federal officials act in the best interests of the public, not the interests of former employers and clients or their spouse’s employers,” Chamberlain said in the press release. “The Biden Administration promised ‘the most ethically vigorous administration in history.’ At what point does Secretary [Deb] Haaland begin holding her staff to that high standard? Unfortunately, with multiple reports of misconduct among Interior appointees under review, the public is wondering whether there is a ‘culture of conflicts’ among current DOI leadership.” 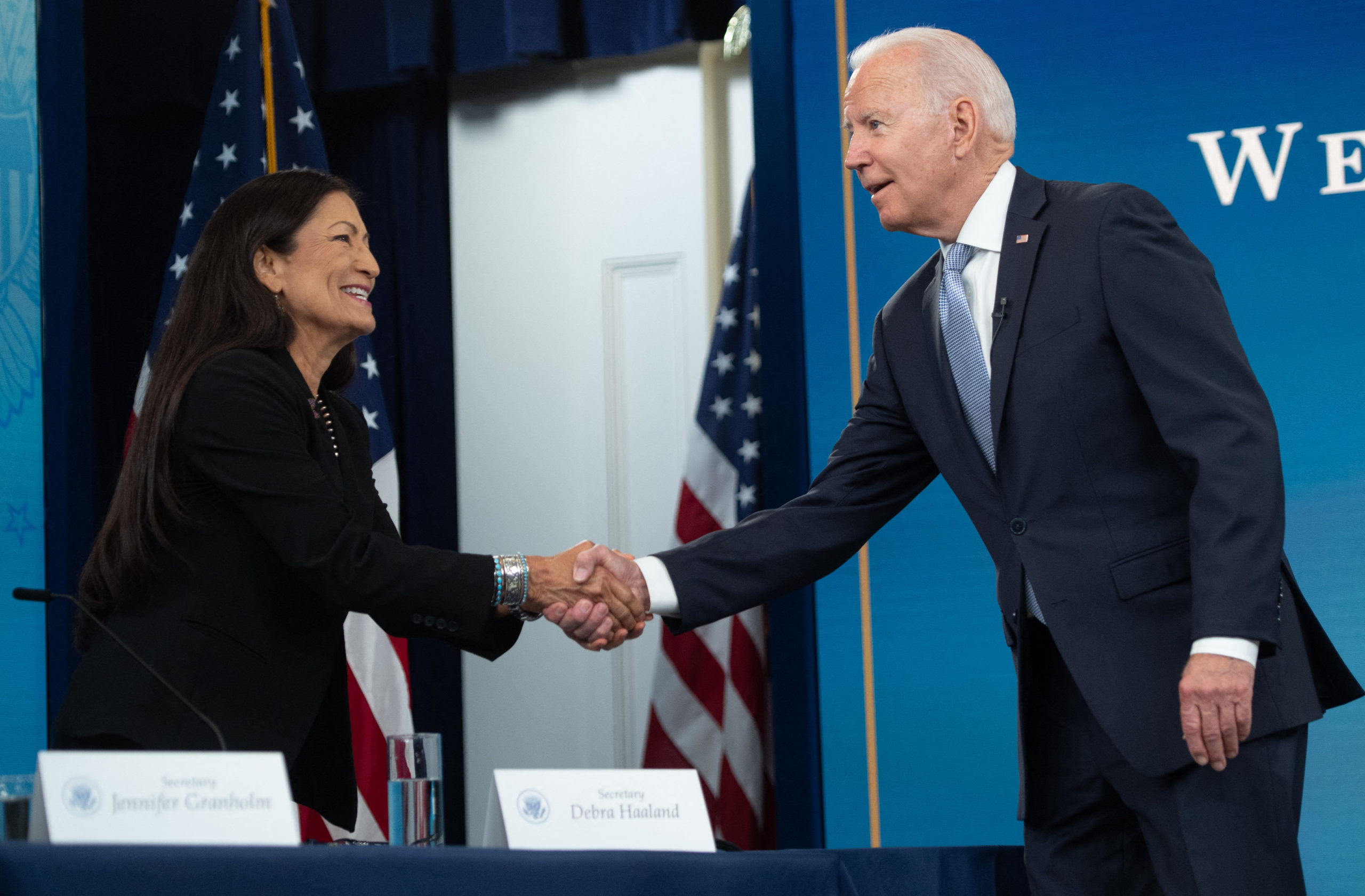 Cordalis’ move to rescind the memo and the potential financial boon it provided to the Yurok Tribe also caught the attention of top Republicans on the House Natural Resources Committee.

Rep. Bruce Westerman of Arkansas, the ranking member of the committee, and Rep. Paul Gosar of Arizona sent a letter to Cordalis Tuesday asking for documents related to his move to rescind the memo.

“As Deputy Solicitor for Water Resources, Mr. Cordalis is subject to President Biden’s ethics standards. Therefore, for two years, Mr. Cordalis is prohibited from participating in ‘any particular matter involving specific parties that is directly and substantially related to [his] former employer or former clients, including regulations and contracts,'” Westerman and Gosar wrote in their letter. “The financial implications of his June 11, 2021 memorandum, particularly for the Yurok Tribe, call Mr. Cordalis’ compliance with President Biden’s standards into question.”