The wildfires, which started on Wednesday, have caused tourists and locals to evacuate from Turkey’s Mediterranean and Aegean coasts, according to the BBC. Almost 250,000 acres have been burned and firefighters resumed their operations in Marmaris and Koycegiz on Monday, according to the BBC. 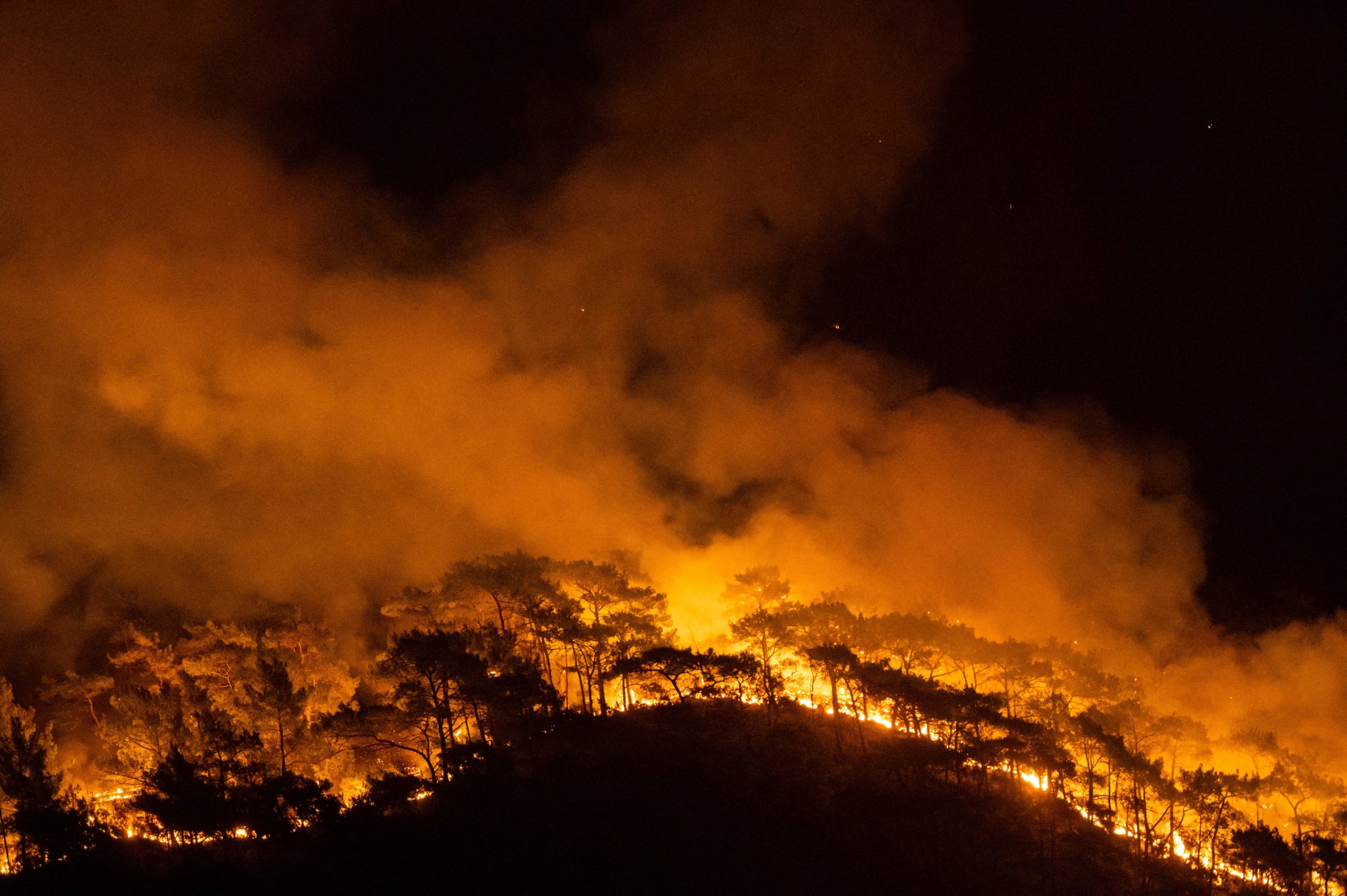 There have been over 10,000 people evacuated in the Mugla Province in Turkey, Interior Minister Suleyman Soylu told the Associated Press Monday. 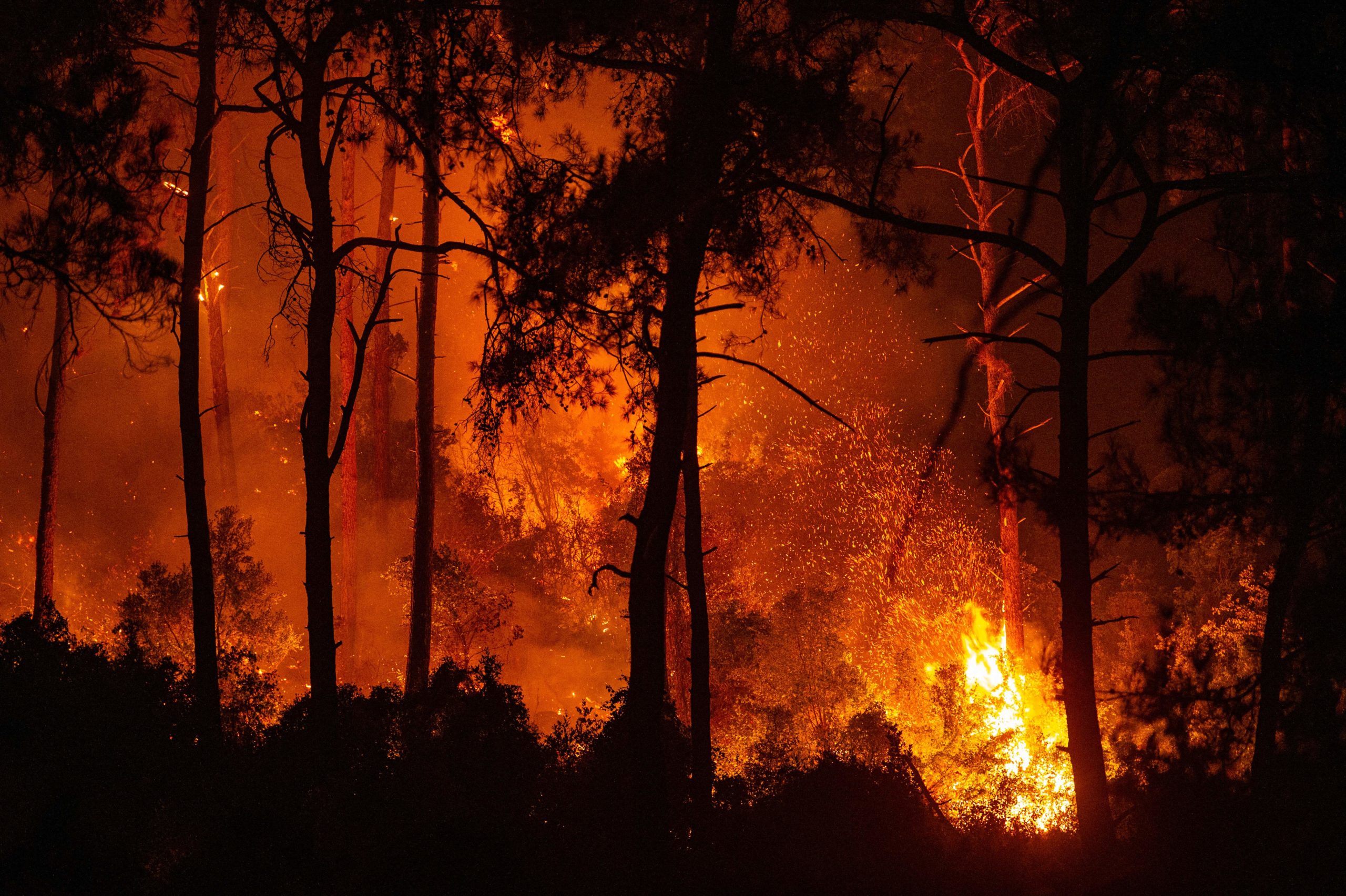 A forest burns as a massive wildfire engulfed a Mediterranean resort at the Marmaris district of Mugla, August 1 2021. (YASIN AKGUL/AFP via Getty Images)

Over 130 fires have been contained in Turkey and blazes continue to surge in Greece, Spain and Italy, according to the BBC. The fires have been fueled by high winds and a sustained heat wave across southern Europe.

And extraordinary failure of Erdogan leadership. The President refused help from Greece, instead asking for support from Russia, Iran and Qatar, none of which have the equipment and expertise Greece offered.pic.twitter.com/9OZwsaavZw

“We are going through days when the heat is above 40 degrees Celsius (104 degrees Fahrenheit), where the winds are strong and humidity is extremely low,” Agriculture and Forestry Minister Bekir Pakdemiril told the AP. “We are struggling under such difficult conditions,” he added. (RELATED: Deadly Wildfires Spread Across Western US) 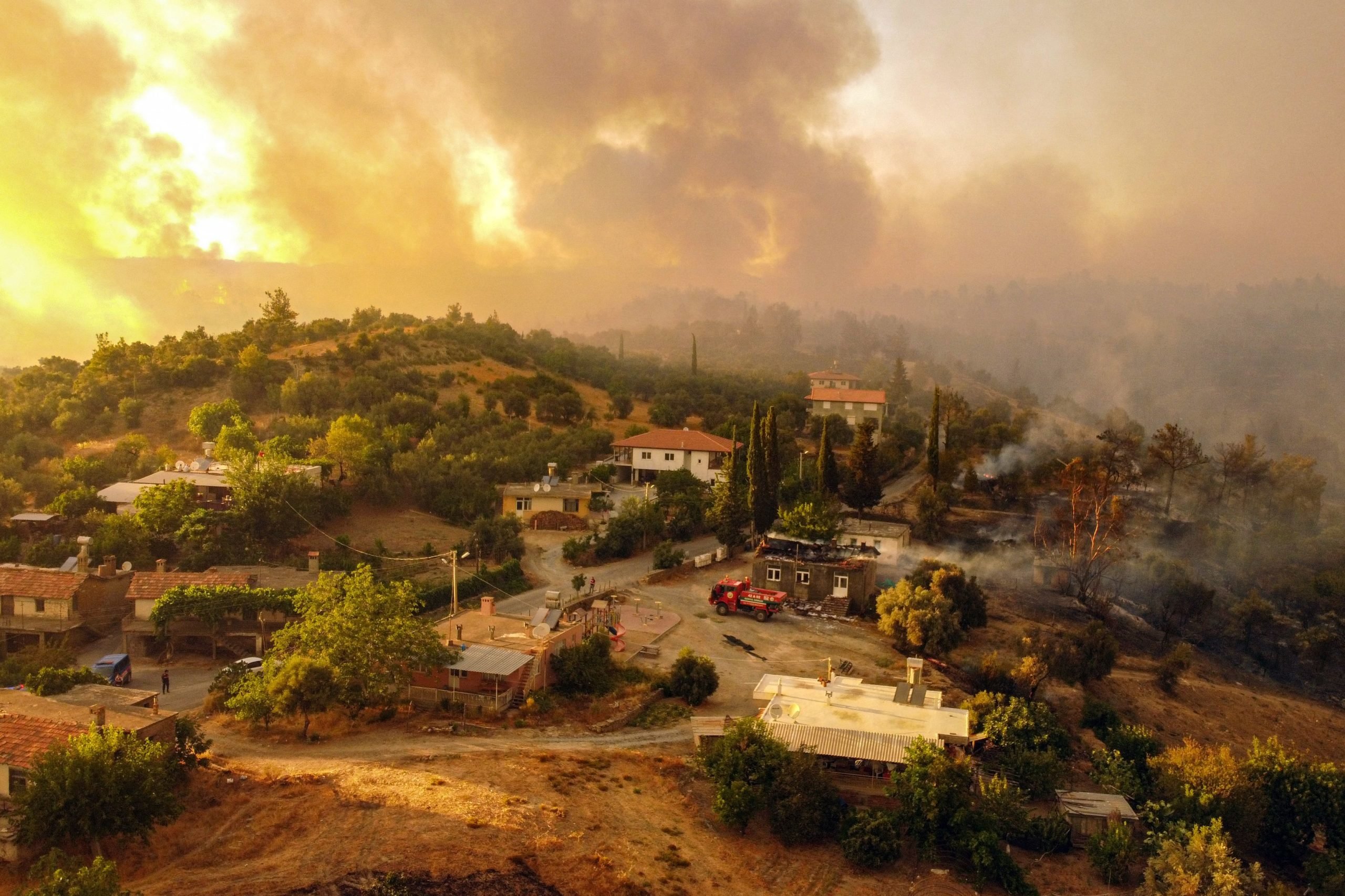 This aerial photograph shows houses surrounded by a wildfire which engulfed a Mediterranean resort region on Turkey’s southern coast near the town of Manavgat, on July 30, 2021. (-/AFP via Getty Images)

The EU has offered to supply firefighters from Croatia and Spain to assist Turkey, as well as water carrying planes, according to the AP. 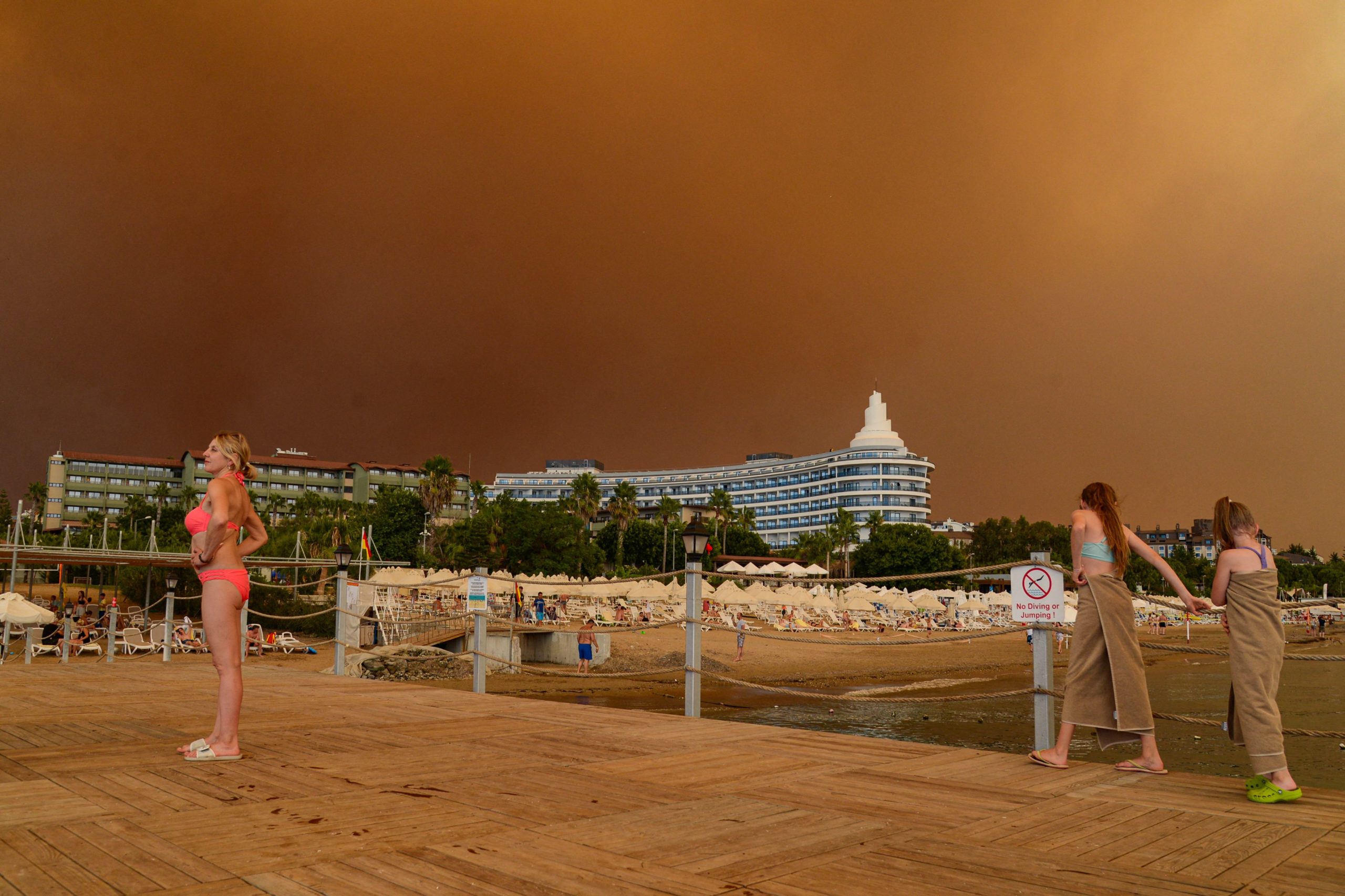 Dark smoke drifts over a hotel complex during a massive forest fire which engulfed a Mediterranean resort region on Turkey’s southern coast near the town of Manavgat, on July 29, 2021. (ILYAS AKENGIN/AFP via Getty Images) 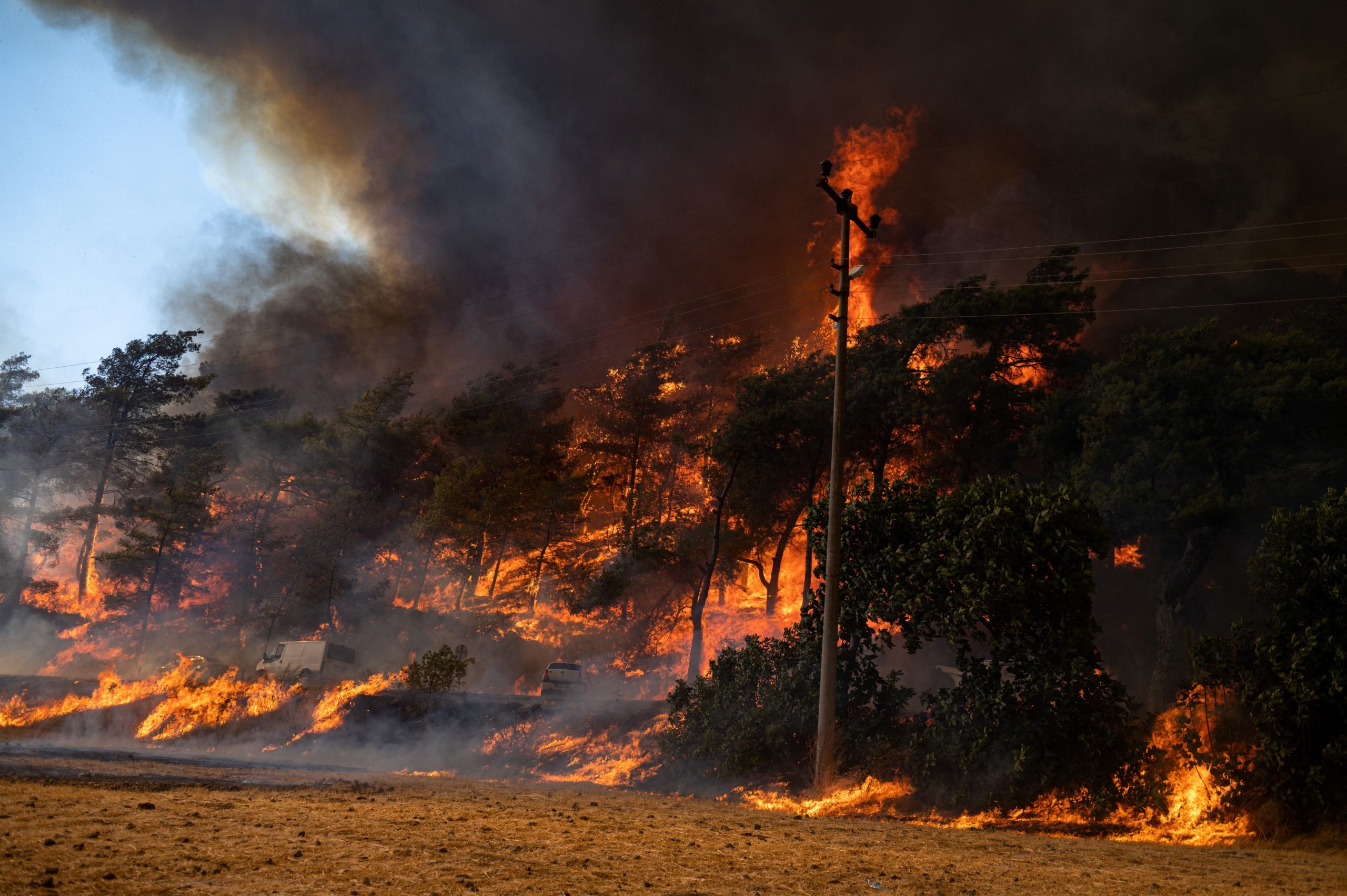 Flames soars through the forest on August 2, 2021 in Mugla, Marmaris district, as the European Union sent help to Turkey and volunteers joined firefighters in battling a week of violent blazes that have killed eight people. (YASIN AKGUL/AFP via Getty Images) 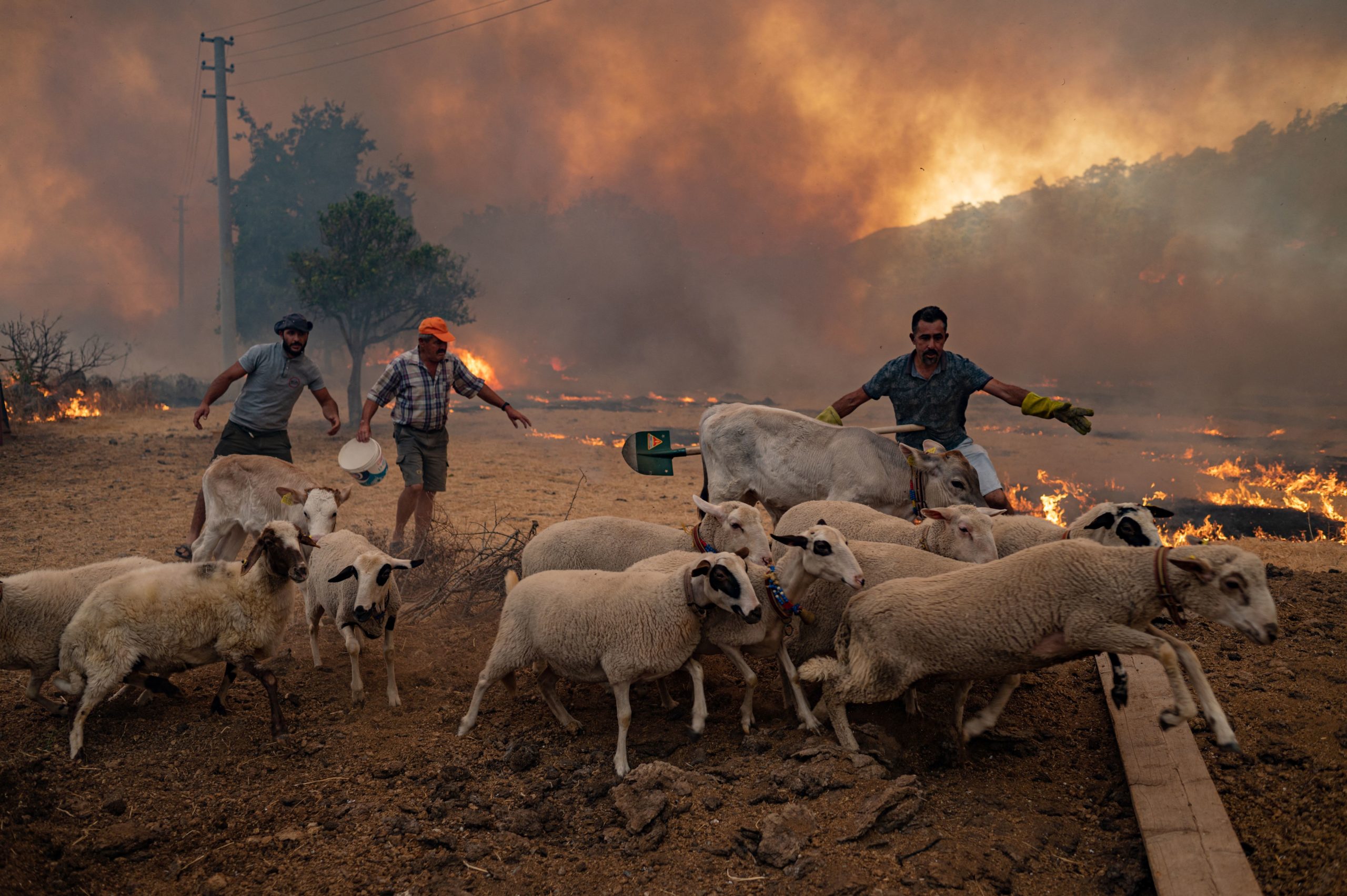 The fires tearing through Turkey since July 28 have destroyed huge swathes of pristine forest and forced the evacuation of panicked tourists from seaside hotels. (YASIN AKGUL/AFP via Getty Images)

Turkish President Recep Tayyip Erdogan reportedly refused the assistance, slowing firefighting efforts, the AP reported. Pakdemiril says he only refused planes that carried less than five tons of water and has been accused of being underprepared for the fires and failing to purchase firefighting planes, according to the AP.