The Taliban took control of three major cities in Afghanistan’s southwest region as the insurgents set their sights on the capital city of Kabul.

The Taliban, a powerful political and military group in Afghanistan, overwhelmed government security forces defending Lashkar Gah, Herat and Kandahar, the nation’s second-largest city, on Friday, The New York Times reported. With the latest advances, the Taliban had near complete control of southern Afghanistan and could continue their march toward Kabul, Jalalabad and Mazar-i-Sharif, the last major cities still standing.

“Sporadic clashes happened last night, but no serious resistance was reported,” said Gul Zaman Naeb, a member of parliament from Ghor Province, over which the Taliban also gained control, according to the New York Times. “When the people woke up this morning, they saw Taliban fighters in the streets and government offices.”

In the past week, insurgents have taken 12 of the nation’s 34 provinces and 14 of its provincial capitals, the Long War Journal reported. The U.S. intelligence community estimated that the Taliban could take control of Kabul, and effectively the entire country, in just 90 days, according to Reuters.

“The most important provinces of the country, Kandahar, Helmand, Herat and Badghis were totally conquered,” Taliban spokesman Qari Yousef Ahmadi said in a statement, according to the Long War Journal published by the Foundation for Defense of Democracies. (RELATED: US Embassy Says There Are ‘Deeply Disturbing’ Reports Of Taliban Executing Afghan Troops, ‘Could Constitute War Crimes’) 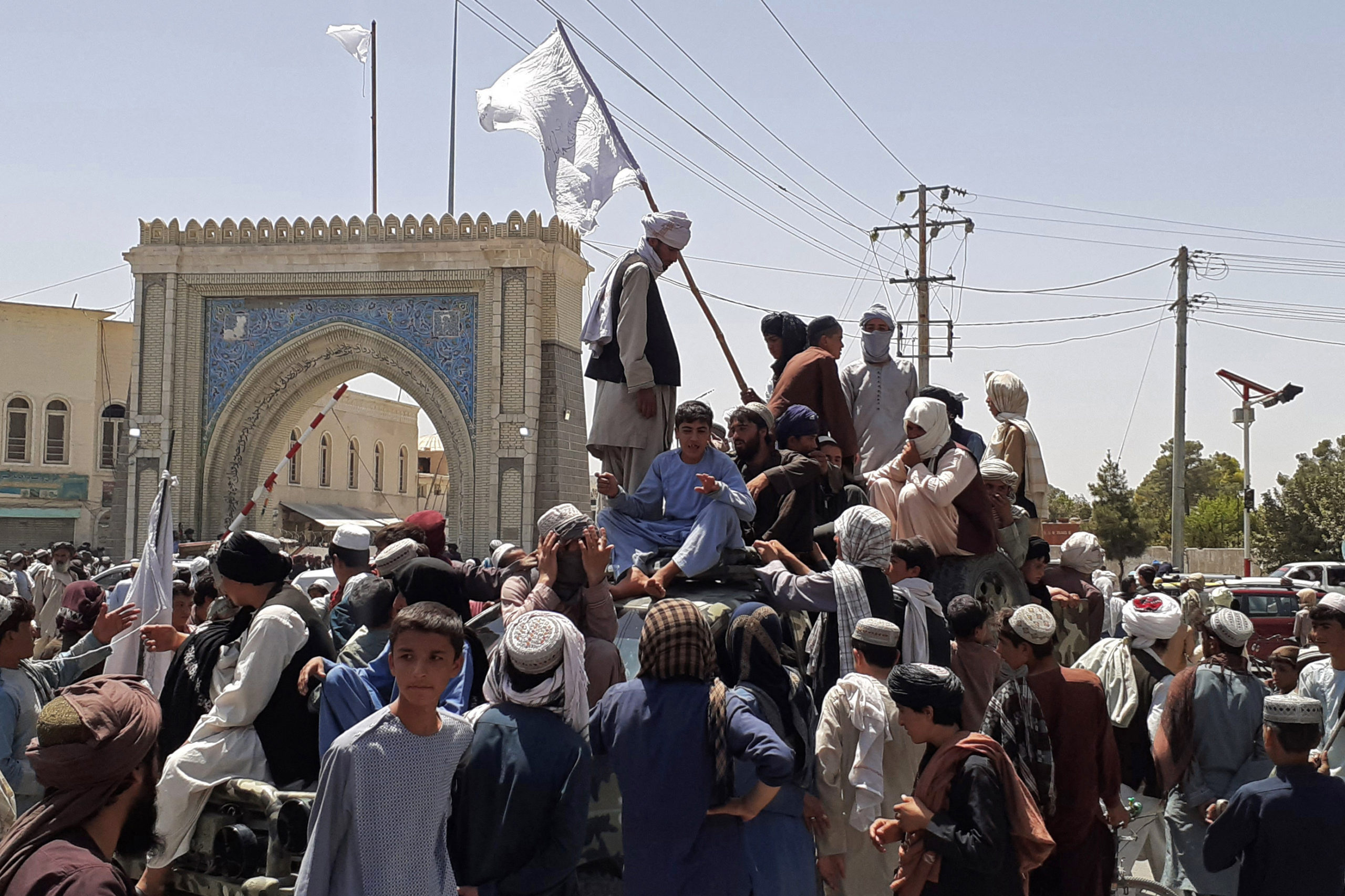 Taliban fighters stand on a vehicle along the roadside in Kandahar on Friday. (AFP via Getty Images)

In April, President Joe Biden announced he would order all U.S. soldiers to leave Afghanistan by Sept. 11, 2021, roughly two decades after the U.S. first declared its war on terror. Biden said the U.S. has accomplished its original objectives in Afghanistan.

“We went to Afghanistan because of a horrific attack that happened 20 years ago,” Biden said during the remarks given at Arlington National Cemetery. “That cannot explain why we should remain there in 2021. Rather than return to war with the Taliban, we have to focus on the challenges that will determine our standing and reach today and into the years to come.”

Following several key takeovers by Taliban forces in July, Biden doubled down and reaffirmed his administration’s plans to withdraw from the Middle Eastern nation. He said the U.S. never went to Afghanistan to nation-build, which is the attempt by one nation to install a peaceful government in another.

On Thursday, Defense Secretary Lloyd Austin and Secretary of State Antony Blinken informed Afghan President Ashraf Ghani that a small number of U.S. troops would reenter the nation to evacuate American civilian personnel from Kabul. They also vowed to accelerate flights evacuating locals who assisted U.S. troops on the ground.

“The Secretaries both emphasized the United States remains committed to maintaining a strong diplomatic and security relationship with the Government of the Islamic Republic of Afghanistan,” the Department of Defense said in a statement.

More than 2,300 U.S. soldiers have died since the war against the Taliban began in 2001, according to the BBC. More than 110,000 Afghan citizens have either been killed or injured since 2009 when the U.N. began tracking casualties.