A small percentage of Afghan refugees are being flagged through biometric and background checks for possible ties to terrorism, one Pentagon official and a second person familiar with the process of security screenings told the Daily Caller.

The Pentagon official said the number of Afghan refugees flagged for questionable connections, such as connections to attacks against U.S. or coalition forces, is “0.5% or more.” President Joe Biden estimated during an interview published Aug. 19 that between 50,000 to 65,000 Afghans must be evacuated, meaning roughly 250-325 of these could be flagged, if the trend continues.

Multiple officials told the Caller that any individual flagged during security protocols is immediately prohibited from traveling to the U.S. and subjected to a more in depth round of screening.

The source familiar with security protocols said these red flags don’t always mean individuals are directly linked to terrorist activities, noting they could be flagged for having associations with someone who may have committed a violent act – a family member or friend linked to a terrorist group would be enough to trigger the flag.

“We are working with our interagency partners to complete security screening of travelers. Individuals will also be subject to further screening before potential resettlement in the United States,” a State Department spokesperson said. 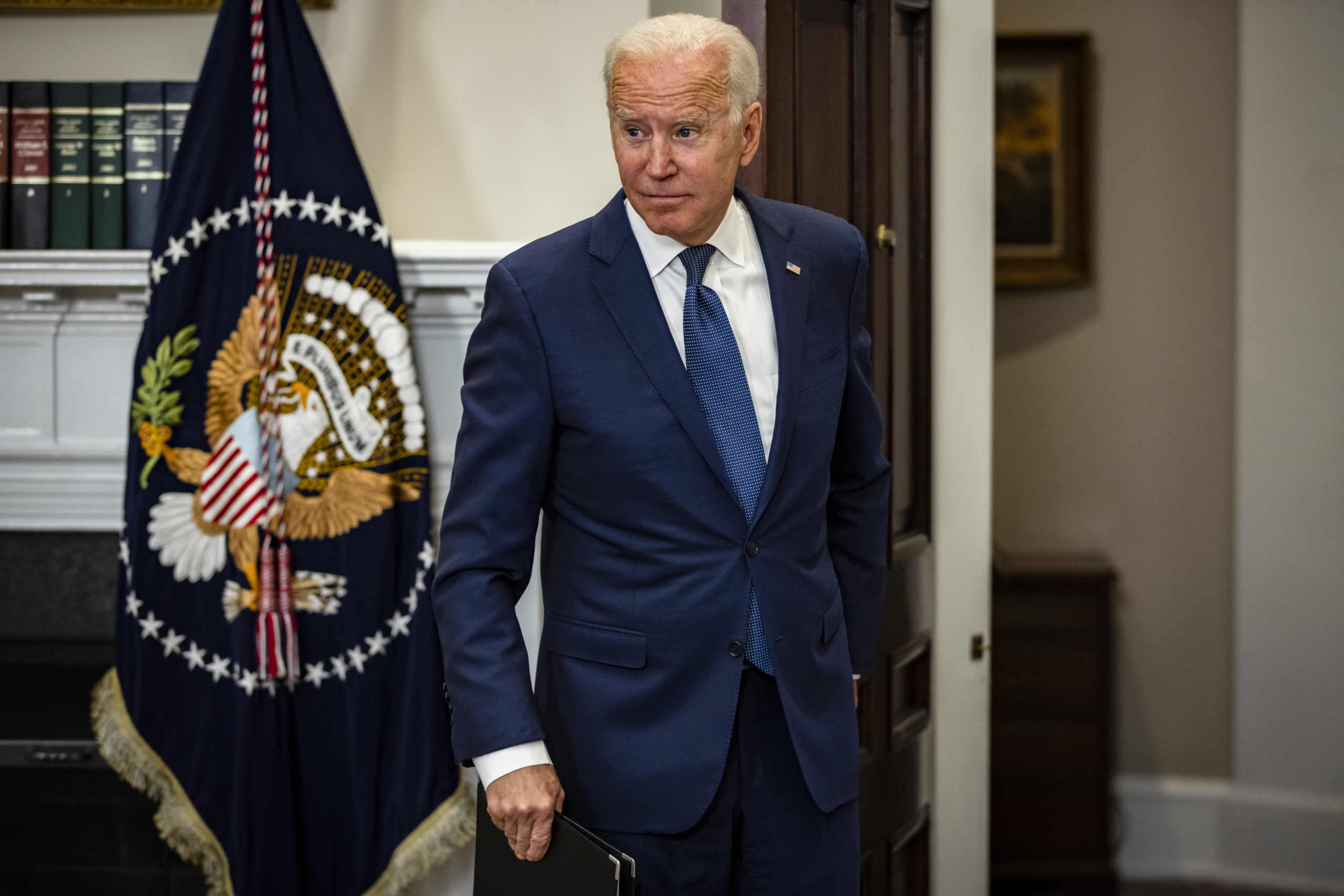 WASHINGTON, DC – AUGUST 22: U.S. President Joe Biden speaks in the Roosevelt Room on the continuing situation in Afghanistan and the developments of Hurricane Henri at the White House on August 22, 2021 in Washington, DC. The White House announced earlier that in a 24 hour period starting on August 21st that US military flights evacuated approximately 3,900 personnel and 35 coalition aircraft evacuated approximately 3,900 personnel. Tropical Storm Henri made landfall around Long Island, New York on Sunday. (Photo by Samuel Corum/Getty Images)

The White House spokesperson emphasized the resources being implemented “to protect homeland security.”

“Intelligence, law enforcement, and counterterrorism professionals are conducting screening and security vetting for all SIV applicants and other vulnerable Afghans before they are allowed into the United States,” the spokesperson said. “We are surging resources to evaluate each case and process these as efficiently as possible to protect homeland security.”

The person familiar with the screening process said the U.S. isn’t seeing terrorists trying to go undercover on flights. (RELATED: ‘Does The President Not Know What’s Going On?’: Blinken Directly Contradicts Biden When Pressed By Chris Wallace)

The Pentagon official undercut these assertions, suggesting that the U.S. may not be capable of fully vetting everyone with these red flags before they arrive in America. The person familiar with the screening protocols pushed back on the risk, repeatedly telling the Caller that no one is admitted into the U.S. until officials are absolutely confident that the potential terrorist connection isn’t a threat.

“With large numbers of people coming from Afghanistan, where we know there is significant Al-Qaida and ISIS-K presence, it’s highly likely that in some cases, these really sophisticated terrorists may attempt to enter the country as infiltrators,” the Pentagon official said.

“Within that population of half a percent, some are likely to be tied to Al-Qaida or ISIS-K, and those are designated terrorist organizations,” the official added.

The official’s concerns echo that of Chairman of the Joint Chiefs of Staff Gen. Mark Milley, who reportedly told senators Aug. 15 that earlier assessments regarding how quickly terrorist groups may build up again in Afghanistan are likely to change.

“In June, the Pentagon’s top leaders said an extremist group like al-Qaida may be able to regenerate in Afghanistan and pose a threat to the U.S. homeland within two years of the American military’s withdrawal from the country,” Voice of America reported. “Two decades after the U.S. invaded Afghanistan because the Taliban harbored al-Qaida leaders, experts say the Taliban and al-Qaida remain aligned, and other violent groups could also find safe haven under the new regime.”

The White House spokesperson and the State Department didn’t outline what exactly the extra vetting process is once an Afghan refugee has been flagged. The Pentagon official and the person familiar with the process appeared unsure. It’s unclear whether individuals who don’t pass extra vetting would be sent back to Afghanistan or kept in another country, though the person familiar with the screening process said the only certainty is that they are not admitted into the U.S.

The Pentagon official noted that, with so many people being evacuated alongside their families, there’s really nowhere to place them if they do raise a red flag. The person pointed out that these people can’t be sent to the U.S., but other countries are unlikely to want them remaining there, either.

Biometric screenings, the Pentagon official explained, use markers like DNA and retinal scanning to see if an individual is connected to evidence found on things like explosive devices. This screening can also be used to decipher whether the individual was previously detained, according to the official.

The official noted that this screening situation is just one issue currently plaguing the process as swarms of people try to flee Taliban-controlled Afghanistan.