Fast-food workers’ wages increased more during the second quarter of 2021 than they have in any quarterly period in years amid the ongoing labor shortage, according to an industry report.

Wages for hourly workers at fast-food restaurants surged 10% between April and June of 2021 compared to the same period last year, a recent report by Black Box Intelligence and Snagajob found. By contrast, fast-food employees’ wages increased just 4.1% between January and March of 2021 relative to the same period in 2020.

“For the first time in decades, the American hourly worker has the upper hand in compensation conversations,” the report said. “In response, restaurants are offering higher wages and unique incentives to attract employees.”

In addition, full-service restaurants have about 6 fewer kitchen employees and 3 fewer “front of the house” employees than they reported in 2019, the report found. (RELATED: US Labor Shortage Surges To New Record High As Unemployment Remains Elevated)

“I’d like to share my experience with the critical labor shortage issue,” said Mark Glenn, a small business owner in Texas and a member of the International Franchise Association, during a Capitol Hill hearing last month. “It is both real and crippling.” 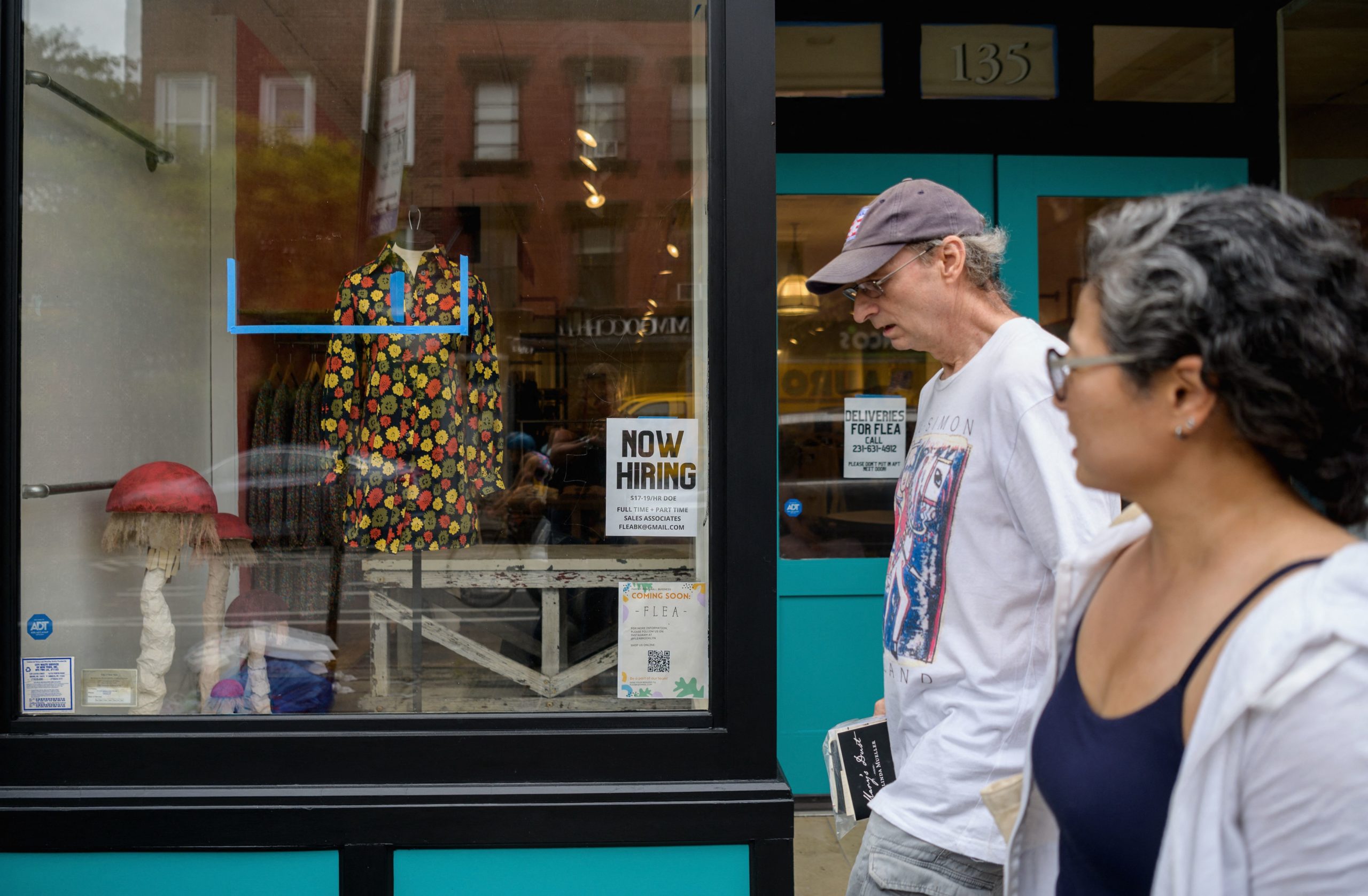 Two people walk past a ‘now hiring’ sign posted at a store in New York City on Aug. 20. (Angela Weiss/AFP via Getty Images)

“Not only have we posted job openings on traditional online job platforms and on social media, but we are offering the existing staff referral incentives for quality candidates that are payable if the candidate is hired,” Glenn continued.

The labor shortage has hit multiple record highs over the last several months, according to the Department of Labor, the latest reports reflecting more than 10 million job openings in June even after 6.7 million reported hires that month.

There are approximately 6 million fewer employed Americans than there were in February 2020 prior to the outbreak of coronavirus, Labor Department data shows. The labor force participation rate, the percentage of Americans either working or looking for work, measured just 61.7% in July compared to the pre-pandemic level of 63.4%.