An illegal immigrant was sentenced Tuesday in connection with a conspiracy with law enforcement officials to steal drugs from a Mexican Cartel, the Department of Justice announced.

Mexican national Dimas DeLeon Rios, 47, pleaded guilty to possessing over five kilograms of cocaine with the intent to distribute the narcotics in November 2017, according to the Department of Justice (DOJ). U.S. District Judge Keith P. Ellison ordered DeLeon to federal prison for 15 years and may face removal after release.

DeLeon led a drug trafficking organization and tampered with an investigation into three witnesses, according to the DOJ. A 2011 investigation targeting narcotics transportation and distribution found the organization stealing cocaine and marijuana from its supply source and used law enforcement officials to cover up the thefts by creating and seizing fake bundles of drugs.

“DeLeon helped facilitate the distribution of more than 194 kilograms of cocaine during the course of the conspiracy,” according to the DOJ. “He and others were hired to transport the cocaine, but instead stole and sold it for profit.” 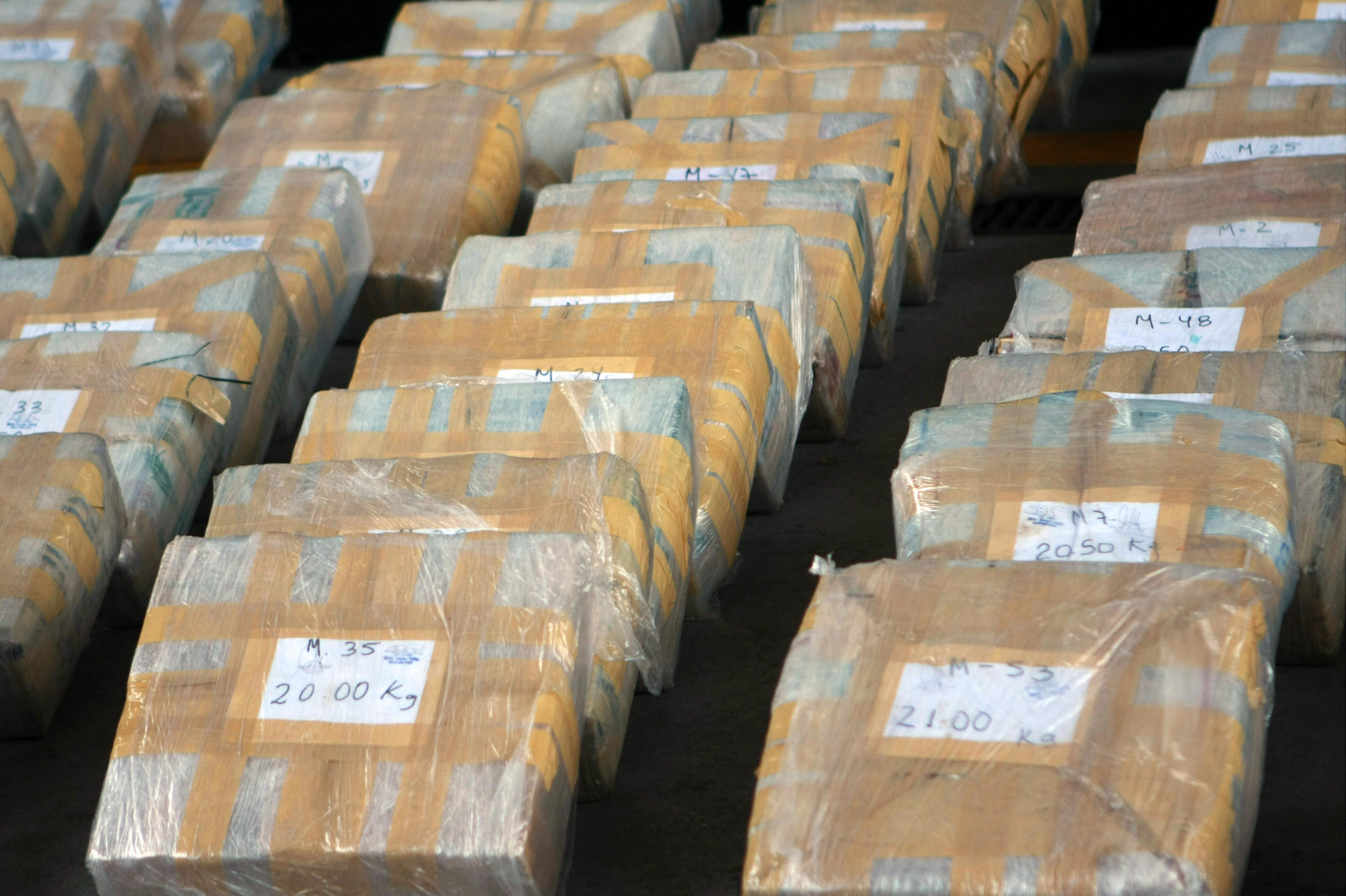 Picture of packages containing around 1,500 kilos of cocaine presented to the press by Peru’s National Police Anti-Drug Directorate (DIRANDRO) on March 10, 2008. (Photo credit should read ERNESTO BENAVIDES/AFP via Getty Images)

Co-conspirators helped DeLeon make fake drug bundles to stage in an abandoned vehicle before paying off law enforcement officials to seize the narcotics, according to the DOJ. At least 20 arrests and prosecutions followed the operations, including six law enforcement officials. (RELATED: Border Agents Make Second Largest Meth Seizure After Finding Over 3,000 Pounds Of Drugs)

The government presented evidence of Beltran and Polanco abusing their positions, seizing staged drugs and providing police reports of the seizure to co-conspirators, according to the DOJ. Carmen Saldaňa Meyer, 64, was an FBI source who gave the seizure reports to the Gulf Cartel in Mexico instead of telling the narcos it was stolen to be sold.

All three defendants received money earned from the sale of the stolen narcotics, and each denied involvement in the operation, according to the DOJ. The defendants face a minimum of 10 years in prison and up to $10 million in fines.