The State Department evaded a question Wednesday on whether the Biden administration would recognize the Taliban as the rightful government of Afghanistan.

“We have obviously had contacts with the Taliban — we had it during the effort that we were trying to midwife a negotiation,” Under Secretary of State for Political Affairs Victoria Nuland told reporters during a briefing.

“Those conversations have continued intensively to enable the evacuation that we undertook and to try to get the kinds of guarantees of safe passage and tolerance and to talk about the standard set in the U.N. Security Council resolution, to talk about the terrorist threat as well because the expectation is that — they claimed to be able to control the security of Afghanistan,” she continued. “We’ll see if that is the case.”

Nuland added that the Biden administration’s current approach toward the Taliban is a “far cry” from formal recognition, but didn’t say the U.S. would never recognize the group. (RELATED: Afghan TV Show Host Surrounded By Taliban With Guns Tells Public Not To Be Afraid And Cooperate)

The U.N. Security Council convened on Aug. 16, days after the Taliban took control of Kabul, to issue a charter on the situation in Afghanistan. The council called for the establishment of a government that is an “inclusive, just, durable and realistic political settlement that upholds human rights, including for women, children and minorities.” 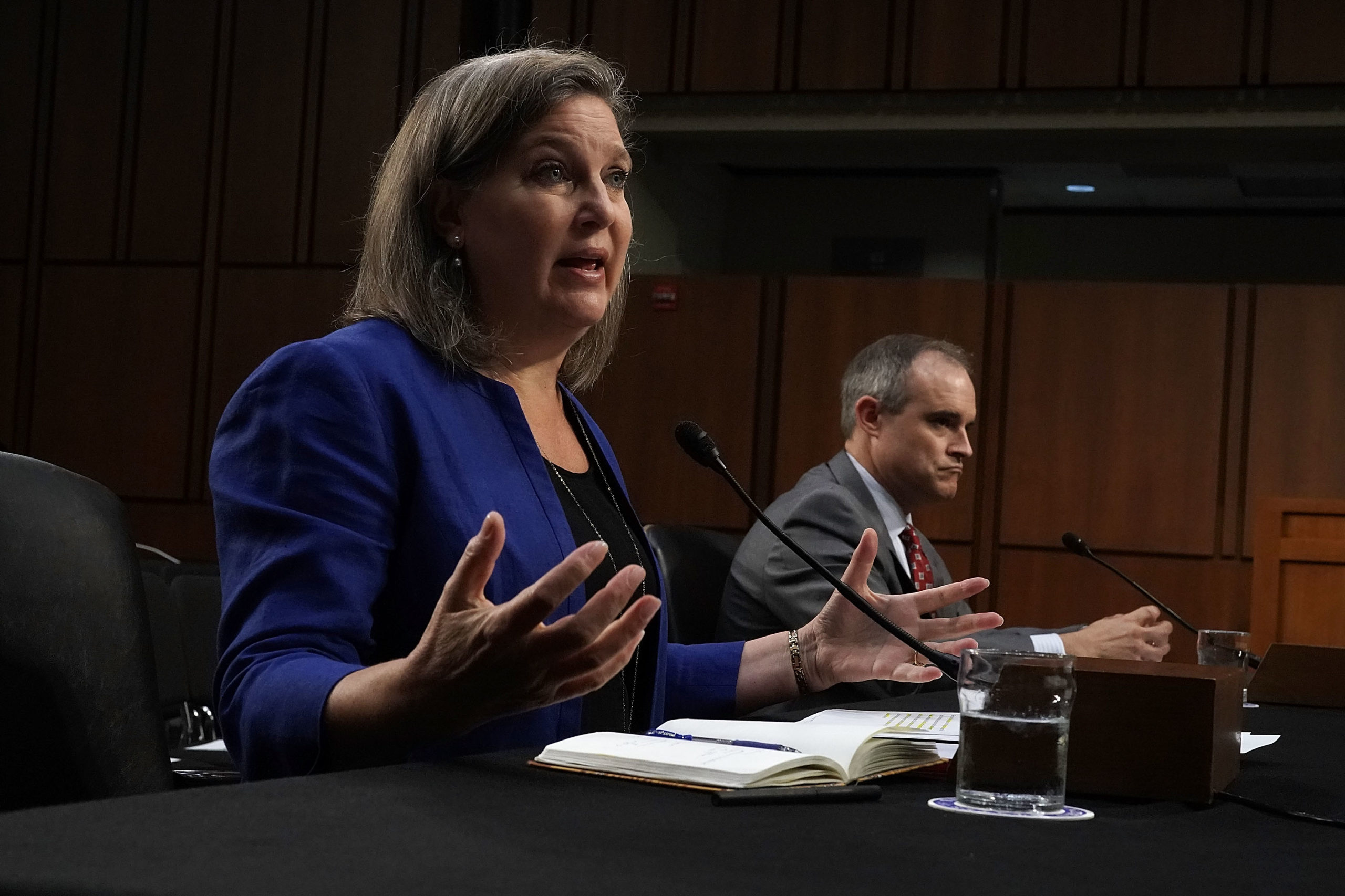 Under Secretary of State for Political Affairs Victoria Nuland testifies during a hearing on June 20, 2018. (Alex Wong/Getty Images)

Nuland said the U.S. would monitor the Taliban’s adherence to the charter.

The Treasury Department quietly issued a license last week, allowing it and U.S. allies to flow humanitarian aid into Afghanistan despite its sanctions against the Taliban, Reuters reported.

“The Taliban will be judged on their actions — how they respect the international commitments made by the country, how they respect basic rules of democracy and rule of law,’’ European Union spokesperson Peter Stano said in a statement to The New York Times on Wednesday. “The biggest red line is respect for human rights and the rights of women, especially.”