More than 100 people have died and dozens remain missing as floods and landslides ravage Nepal, the Associated Press reported on Friday.

At least 40 people were injured during landslides and another 40 people were reported missing, police spokesperson Basanta Bahadur Kunwar said, according to the AP. Severe weather in the region also killed at least 88 people in India, though conditions are expected to improve over the weekend.

Prime Minister of Nepal Sher Bahadur Deuba surveyed the damage in the western region of the county on Thursday and promised that the government would provide relief to people in the area, the AP reported. Several families said they were already struggling before the severe weather hit and that they had yet to receive government assistance. 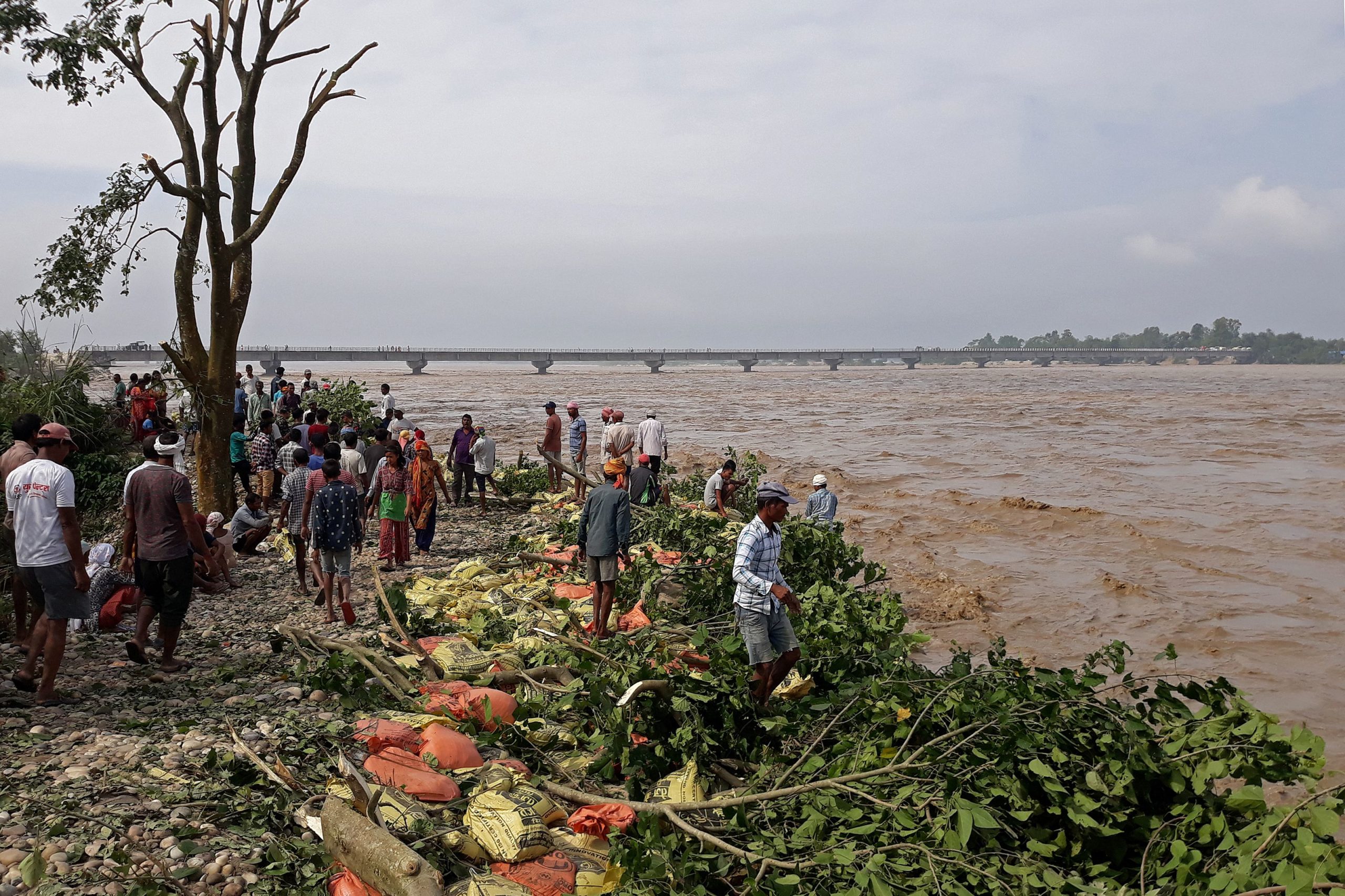 People stand along the banks of flooded Karnali river following heavy rains in Rajapur village of Bardiya district in Nepal on October 20, 2021, as the death toll from days of flooding and landslides in India and Nepal crossed 100. (Photo by KRISHNA ADHIKARI/AFP via Getty Images)

Rescue teams reportedly arrived 10 hours after landslides hit a remote district in northern Nepal on Monday, according to the AP. (RELATED: Woman Dies In Flash Flood At Grand Canyon)

“Although there has been an announcement from the government, the actual help hasn’t yet arrived for the family,” said Bhimraj Shahi, who lost six family members in the incident, according to the AP.

“The people of Nepal and India are sandwiched between the pandemic and worsening climate disasters, heavily impacting millions of lives and livelihoods,” Ulla said, according to the AP.

Rescue teams have focused on relocation efforts and transporting injured people to hospitals while officials try to figure out how many people were affected and the magnitude of the damage, the AP reported.

The Embassy of Nepal and the State Department did not immediately respond to the Daily Caller News Foundation’s request for comment.