The executive order makes it so the Oklahoma State Department of Health (OSDH) has to “cease amending birth certificates” that do not follow state law. Stitt released a statement in late October saying he believes non-binary sexes do not exist and that humans are created by God to be either a male or a female.

“I believe that people are created by God to be male or female. Period. There is no such thing as non-binary sex and I wholeheartedly condemn the purported OSDH court settlement that was entered into by rogue activists who acted without receiving proper approval or oversight,” Stitt said in a statement.

“I will be taking whatever action necessary to protect Oklahoma values and our way of life,” he added. (RELATED: EXCLUSIVE: Gov. Stitt Wants To Make Oklahoma ‘The Most Pro-Life State In The Country’) 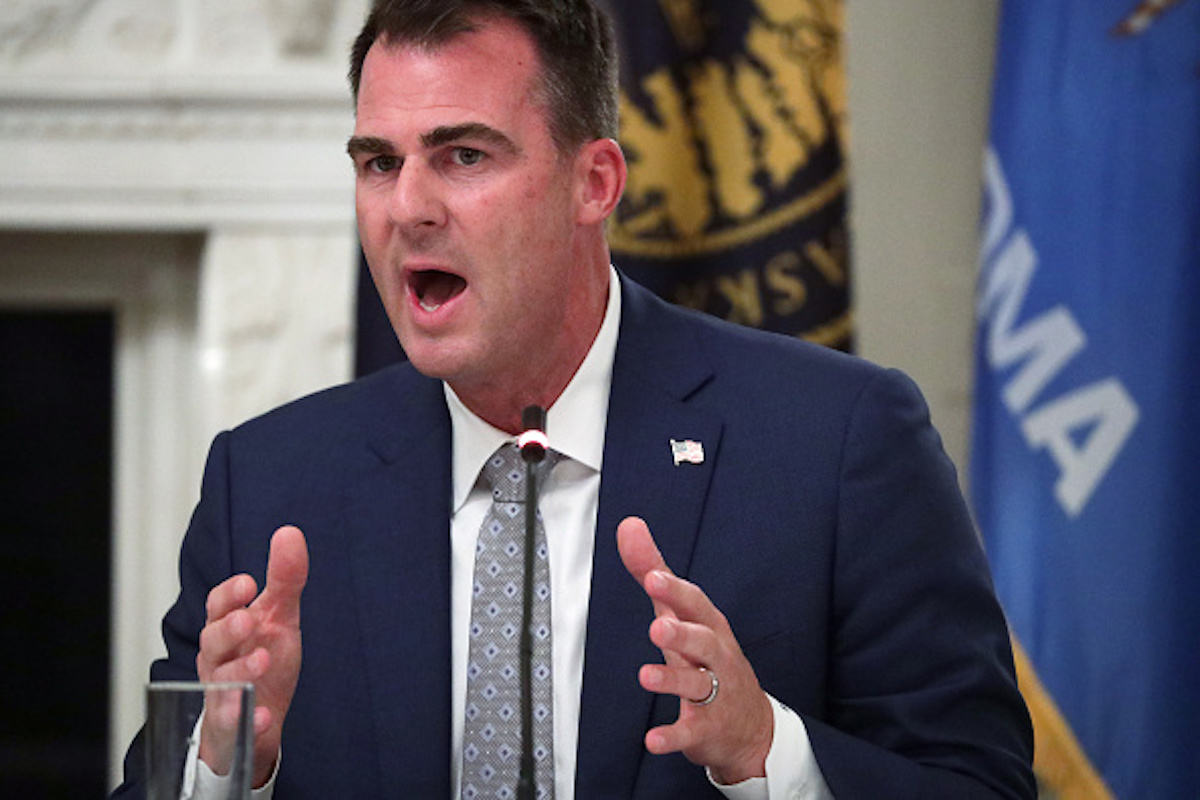 Governor Kevin Stitt (R-OK) speaks during a roundtable at the State Dining Room of the White House June 18, 2020 in Washington, DC. President Trump held a roundtable discussion with Governors and small business owners on the reopening of American’s small business. (Photo by Alex Wong/Getty Images)

The federal lawsuit was originally filed by Kit Vivien Lorelied, who is a male and identifies as a nonbinary, against the health department in August 2020 after the department shot down a request to allow a name and sex change on Lorelied’s Oklahoma birth certificate in December 2019, Oklahoma News 4 reported. (RELATED: Governor Of Oklahoma Kevin Stitt Announces He Is Lifting All Coronavirus Restrictions)

ODSH responded to the decision in a statement to The Hill, saying, “Pursuant to Governor Stitt’s Executive Order, OSDH will continue to amend birth certificates as allowed by law. These amendments will include legal change of name or corrections of errors. OSDH will work with the Governor and Attorney General on any orders for amendments that may fall outside the scope of 63 O.S. 1-321.”