The Federal Reserve concluded that weather disasters are “not very” bad for financial institutions despite the Biden administration’s warnings that climate change is an “emerging” threat to banks.

“We find that weather disasters over the last quarter century had insignificant or small effects on U.S. banks’ performance,” the report, published in November by the Federal Reserve Bank of New York, stated. “This stability seems endogenous rather than a mere reflection of federal aid.”

The report added that extreme climate events “actually boosts profits” for larger banks because of increased loan demand. In addition, smaller banks are adept at avoiding mortgage lending in flood prone areas using local knowledge of the region they are based.

Authors of the report noted that their findings “may be surprising.”

“We again find that losses at larger (multi-county) banks are barely affected and their income increases significantly with exposure. For local banks, we do find more negative stability effects from extreme disasters. However, even these are not sufficiently large to threaten bank solvency,” the report said. “In part this may be due to offsetting effects. Local banks’ income also increases after these more severe disasters.” 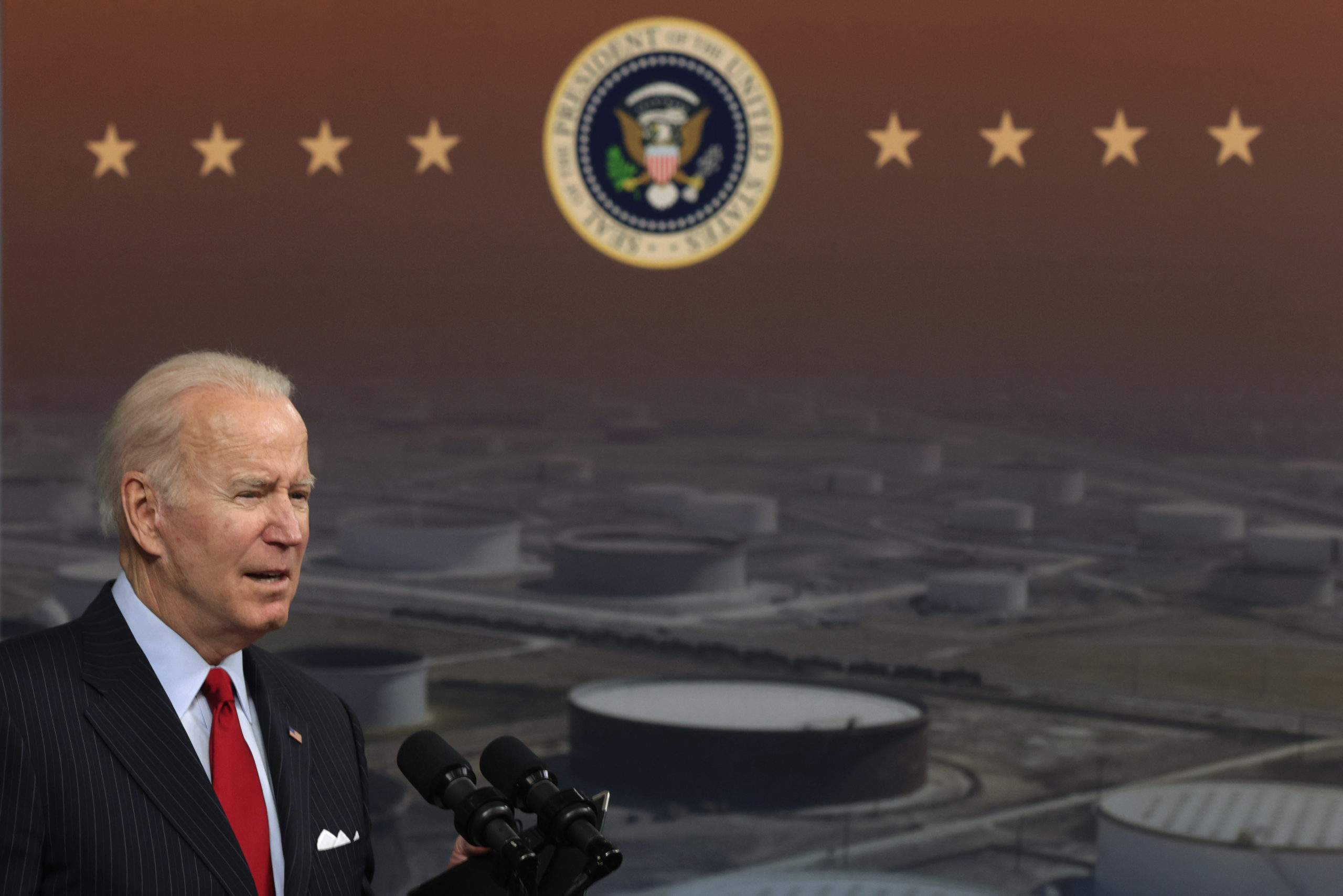 President Joe Biden speaks on the economy during an event at the White House on Nov. 23. (Alex Wong/Getty Images)

In May, Biden ordered National Climate Adviser Gina McCarthy and the Director of the National Economic Council Brian Deese to formulate a whole-of-government plan to “mitigating climate-related financial risk.” The White House released its plan on Oct. 15, which included a suggestion that the federal government’s annual budget bill should factor in “climate risk exposure and impacts.”

Shortly after the plan was released, the Department of the Treasury’s Financial Stability Oversight Council (FSOC) published a 133-page report outlining the financial risks posed by climate change. The report listed a series of broad recommendations the government could take in its climate effort.

“Climate change is an emerging and increasing threat to America’s financial system that requires action,” Treasury Secretary Janet Yellen said after the FSOC report was released.

“Today, we are recognizing a unique, existential risk for the planet that will affect every aspect of our lives and the lives of our children—including through effects on the financial sector,” she added. “It does not require a vivid imagination to see how climate change could threaten the financial system.”

The FSOC report said the Treasury Department’s Office of the Comptroller of the Currency has a special role monitoring climate risks to private sector institutions and banks. Biden’s nominee to lead the powerful regulatory office has advocated for “starving” and bankrupting the fossil fuel industry to solve climate change.

The Treasury Department released a separate climate adaptation plan in July, laying out its department-wide approach to climate change.