Hayley Hodgson, a 26-year-old Australian woman, recounted her two-week confinement in a COVID-19 quarantine camp in an interview with UnHerd published Thursday.

“You feel like you’re in prison. You feel like you’ve done something wrong, it’s inhumane what they’re doing,” Hodgson said in an interview with UnHerd. “You are so small, they just overpower you.”

Hodgson told UnHerd that she was ordered to quarantine at the Centres for National Resilience in Howard Springs, Darwin, after one of her friends tested positive for COVID-19.

“Police officers blocked my driveway,” she said. “I walked out and I said, ‘what’s going on, are you guys testing me for COVID? What’s happening?’ They said, ‘no, you’re getting taken away. And you have no choice. You’re going to Howard Springs.’”

Hodgson said the officers told her that they had received orders from “higher up” to take her to the facility and that she was not permitted to “self-isolate” at home.

The officers told Hodgson that if she didn’t voluntarily go with them, they’d put her “in the back of the divvy van,” she said. (RELATED: Australian Police Recapture Three Teens Who Escaped COVID Quarantine Compound After Manhunt. They All Tested Negative) 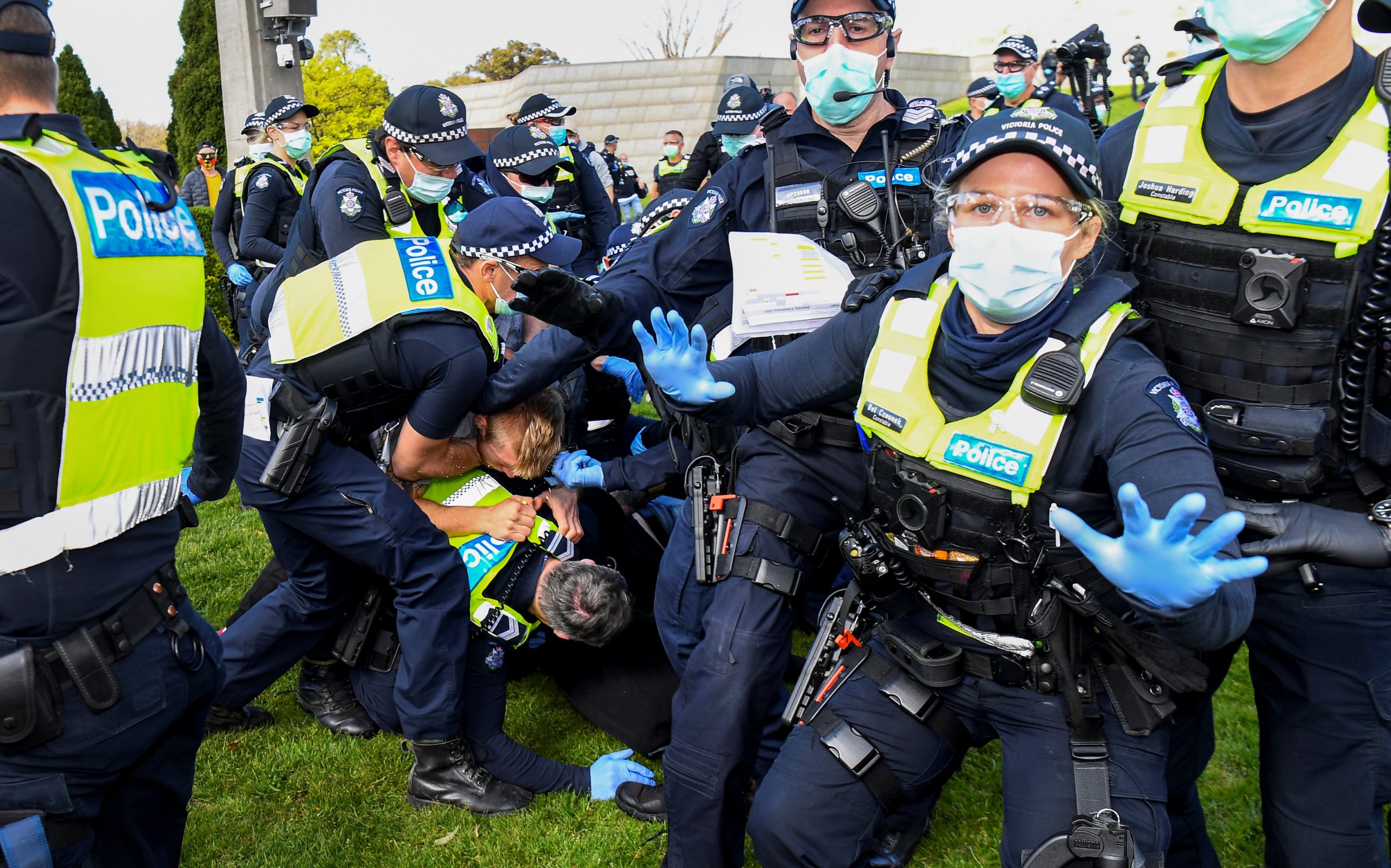 TOPSHOT – Police tackle protesters in Melbourne on September 5, 2020 during an anti-lockdown rally protesting the state’s strict lockdown laws as a preventive measure against the COVID-19 coronavirus. (Photo by William WEST / AFP via Getty Images)

Once she arrived at the facility, Hodgson was told she would have to stay there for two weeks, according to UnHerd. She was reportedly tested three times throughout her confinement, and each time she tested negative for the virus.

While inside the facility, Hodgson said she had very little contact with others and was treated poorly by the staff.

“They don’t come and say anything, they don’t check up, they don’t do anything. You get delivered your meals once a day. And you are just left,” she said.

At one point, staff reportedly offered to sedate Hodgson with Valium to calm her down after she complained about the camp’s conditions. Hodgson said she lost her job during her stay and was never informed of any rights she had or put in contact with a lawyer.

Howard Springs is one of two “mandatory supervised quarantine facilities” in the Northern Territory, according to a government website.

While in quarantine, a person must “stay in the person’s allocated room, including on any veranda space allocated to the room, unless permitted by an authorised officer,” according to the website.

The Northern Territory Government did not immediately respond to the Daily Caller News Foundation’s request for comment.