The House voted Tuesday to recommend criminal contempt of Congress charges against Mark Meadows, former President Donald Trump’s ex-chief of staff and a former House member, for defying a subpoena from the Jan. 6 Select Committee.

Meadows had originally cooperated with the committee, turning over thousands of texts, emails and other communications, but refused to meet with its members and to turn over direct communications with Trump after claiming executive privilege. The contempt motion passed 222-208 at about 11 p.m. with two Republicans voting alongside the unanimous Democratic caucus.

“It’s essential that witnesses cooperate with our investigation to get answers,” said Mississippi Democratic Rep. Bennie Thompson, the select committee’s chair. “The law requires them to do so. And when a witness defies the law, that amounts to more than an obstruction of investigation … It’s an attack on the rule of law.”

“This committee must get to the objective truth and ensure that January 6 never happens again,” added Wyoming Republican Rep. Liz Cheney, the committee’s vice chair.

The full House vote followed a report released by the committee that painted Meadows as central to the effort to keep Trump in power despite his defeat to President Joe Biden. It said that Meadows praised an effort for state legislators to send alternate slates of electors to Congress and that he said the National Guard should be deployed to “protect pro Trump people” one day before the riot occurred. (RELATED: Biden Says DOJ Should Prosecute Former Trump Officials Defying Jan. 6 Subpoenas) 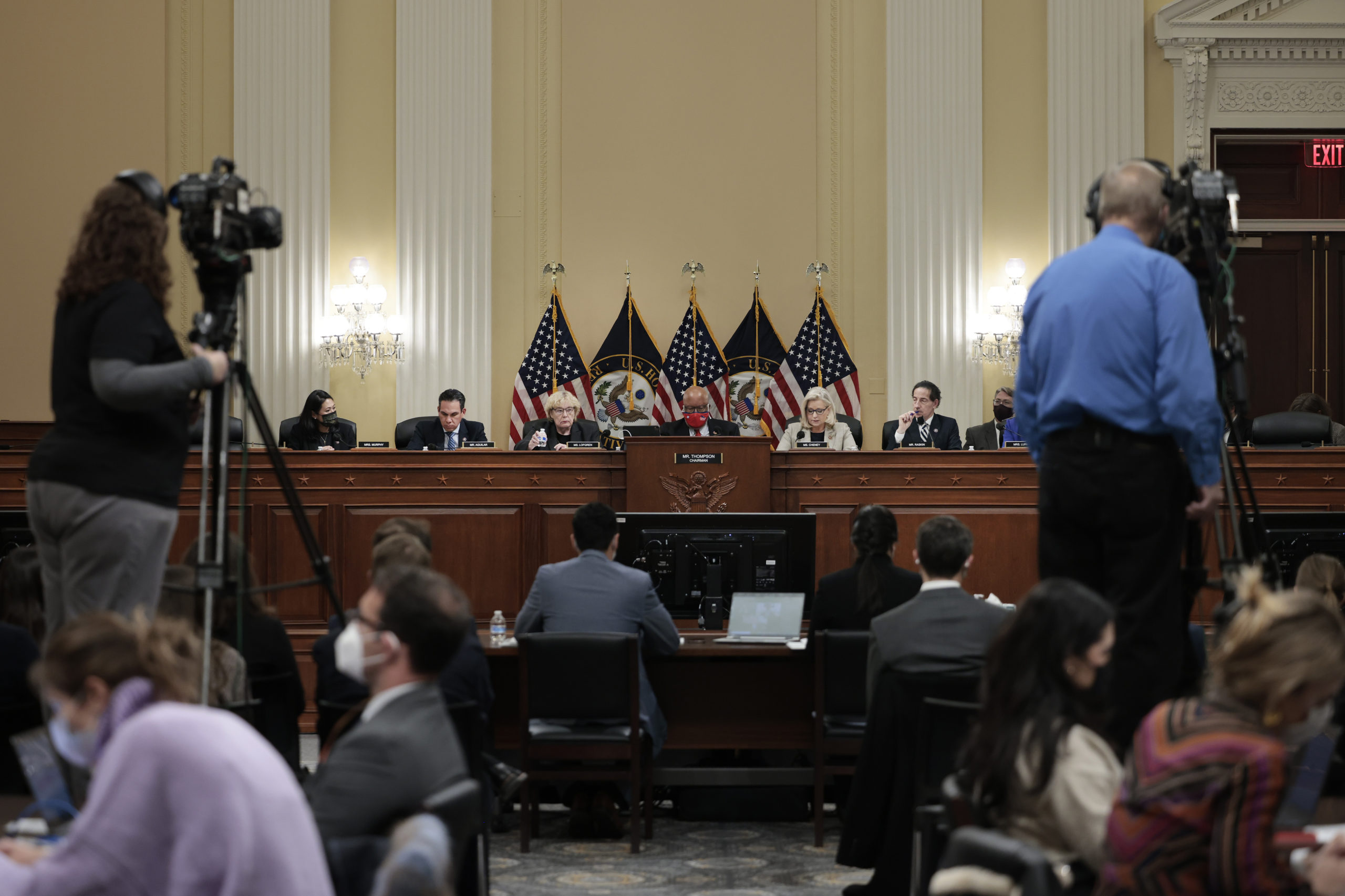 “Mark, the president needs to tell people in the Capitol to go home,” wrote Ingraham, according to the committee. “This is hurting all of us. He is destroying his legacy.”

Meadows defended his communications surrounding the Capitol riot, telling Newsmax that he had tried to work with the committee by sharing “nonprivileged information” with it. “They tried to weaponize text messages, selectively leaked them, to put out a narrative, quite frankly, that the president didn’t act.”

House Republicans, meanwhile, cast Tuesday’s vote as nothing more than vengeance against Trump from those politically opposed to him.

“The Democrats aren’t interested in finding out how a disorganized hoard of rioters managed to break into the Capitol,” said Indiana Republican Rep. Jim Banks. “They don’t want to learn about the security breakdown that day and they don’t care about preventing future attacks … They only care about attacking their political enemies.”

The recommendation now heads to the Department of Justice, which will decide whether to prosecute Meadows. He is the third that the House has charged with criminal contempt, joining former assistant attorney general Jeffrey Clark and former Trump adviser Stephen Bannon.