Officials said a five-year-old boy may have caused the Philadelphia fire that killed multiple people by accidentally setting a Christmas tree on fire while playing with a lighter, The Philadelphia Inquirer reported Thursday.

Police records obtained by The Inquirer revealed the boy told several people, including a neighbor, firefighter and detective, that he was playing with a cigarette lighter near the tree and that it caught fire. The five-year-old escaped the Fairmont apartment building after the blaze erupted on Wednesday. (RELATED: Teenagers Survive Deadly Fire By Sliding Down Pole Outside of Building)

A search-warrant application authorities filed in connection to investigating the cause of the deadly blaze included the child’s statements, according to The Inquirer. The fire caused the deaths of 12 people, including three sisters and some of their children, making the blaze Philadelphia’s deadliest in over 100 years, The Associated Press reported.

Jane Roh, a spokesperson for the Philadelphia District Attorney’s Office, said other possible causes are being investigated, according to CNN. 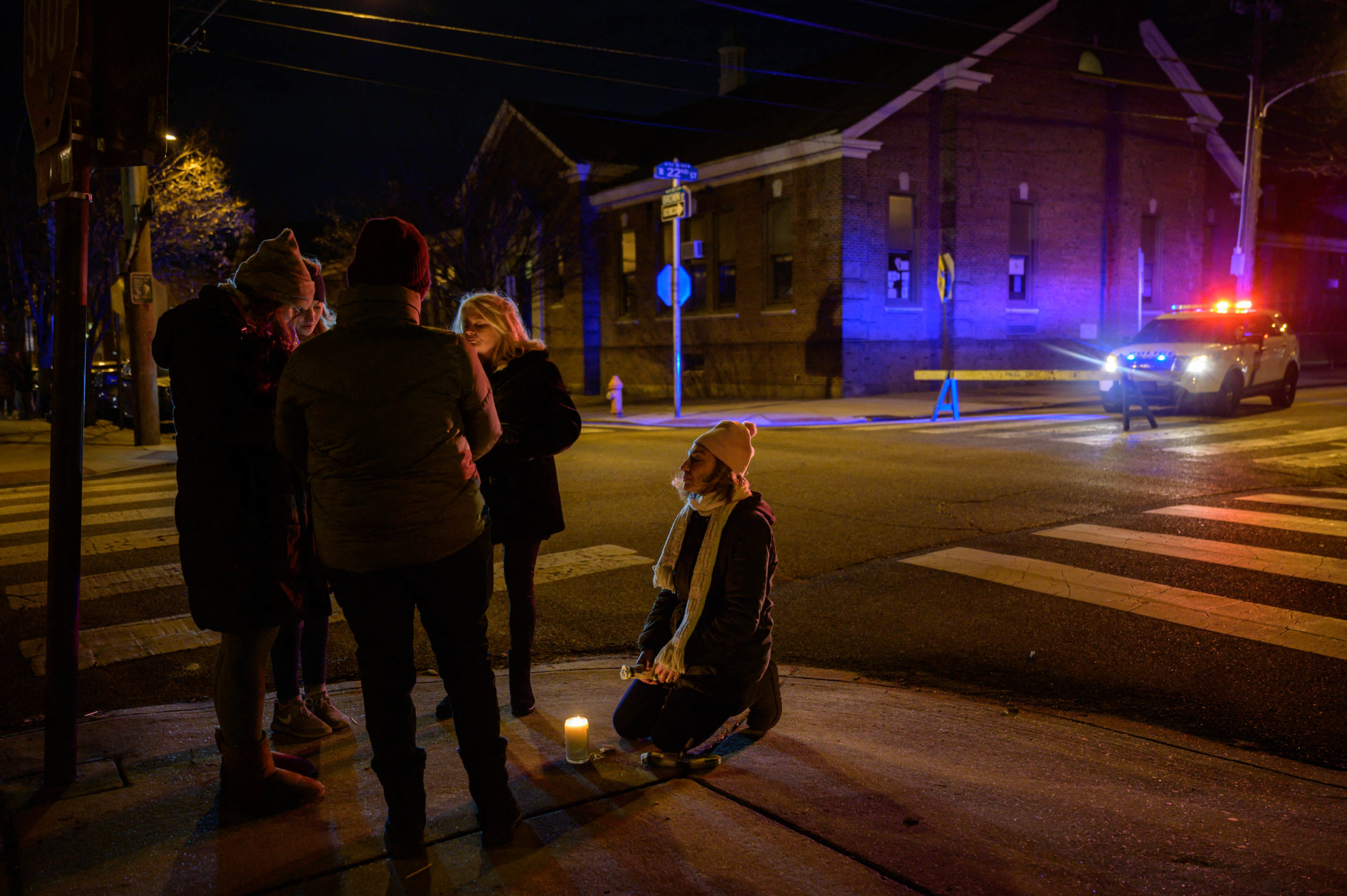 People hold a candlelight vigil near the scene of a deadly fire on January 5, 2022, in Philadelphia’s popular museum district of Fairmount. (Photo by ED JONES/AFP via Getty Images)

During a news briefing, officials did not mention a potential cause of the fire or the number of people who fled the building, according to The AP. Relatives identified the sisters who died during a vigil Thursday and stated two individuals survived.