French President Emmanuel Macron announced Thursday that his government would add at least six nuclear power plants to its arsenal in the coming decades.

“We are fortunate in France to be able to count on a strong nuclear industry, rich in know-how and with hundreds of thousands of jobs,” Macron said during remarks in the city of Belfort earlier in the day, France 24 reported.

Nuclear power, which France has relied on more than most Western nations, is at the center of the country’s net zero ambitions, according to France 24. (RELATED: British Researchers Smash Nuclear Fusion Record Using Machine 10 Times Hotter Than Sun)

Macron said the government would study plans for another eight reactors, potentially increasing the number of new plants to 14 within the coming decades, France 24 reported. The first new-generation plant would reportedly begin generating power by 2035.

The government also plans to expand its offshore wind and solar capabilities to supplement nuclear in the future, according to the announcement Thursday. 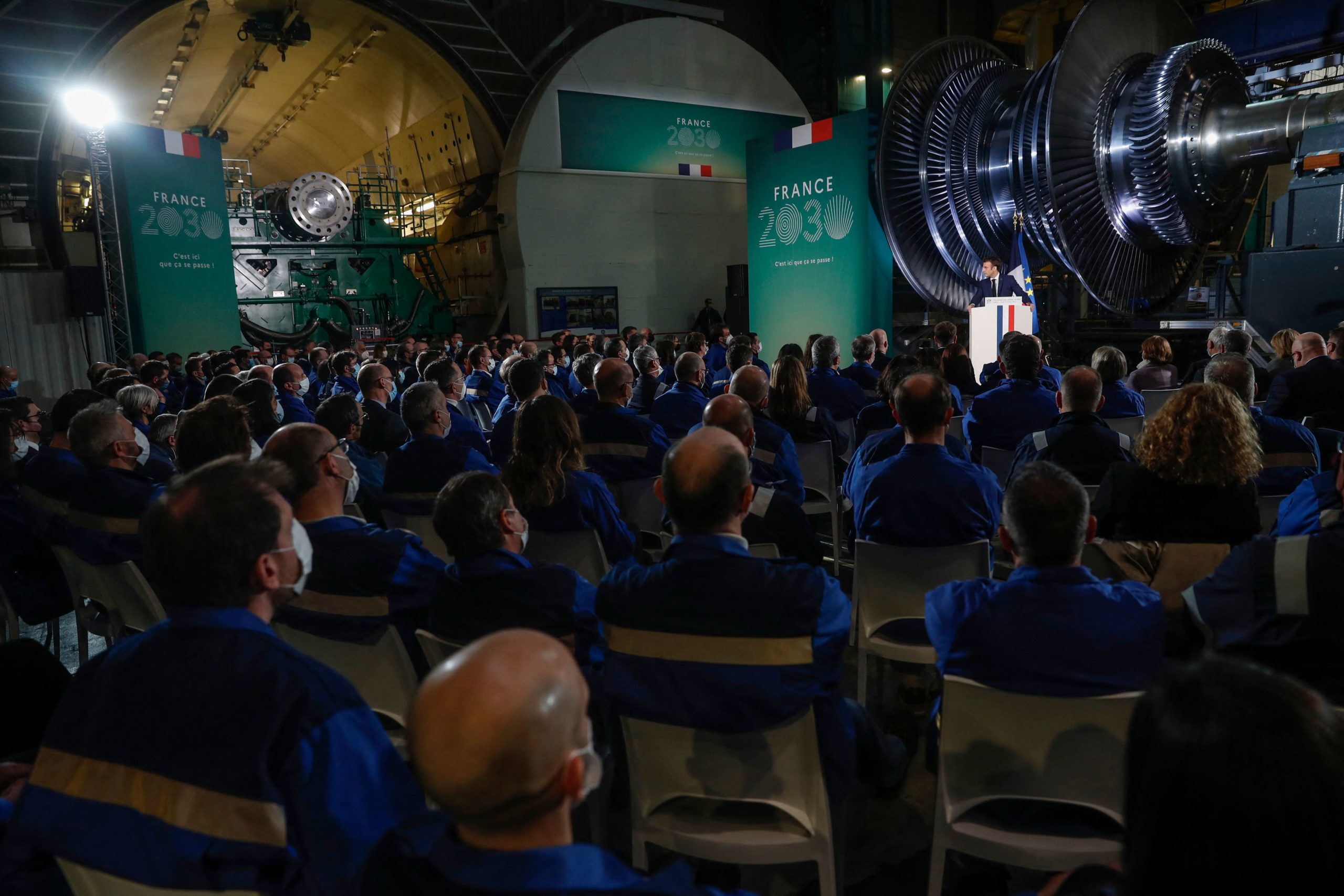 French President Emmanuel Macron delivers a speech at a production site for a nuclear turbine system in Belfort, France, on Thursday. (Jean-Francois Badias/Pool/AFP via Getty Images)

As part of its climate ambitions, France laid out a plan to eliminate all greenhouse gas emissions by 2050. As part of its plan, the country said it would further bolster so-called carbon sinks, or methods of absorbing carbon dioxide emissions like carbon capture technology or deforestation bans.

In July 2021, the French government approved a climate law that introduced a series of new rules on the nation’s transportation and housing sectors, The New York Times reported. Many of the regulations, which include both bans and incentives, were designed to lower emissions and lower waste.

But France, which began aggressively pushing nuclear in the 1970s, leads the West in lowering emissions thanks to its heavy reliance on nuclear. The European nation has emitted the least amount of carbon dioxide relative to gross domestic product compared to all G20 nations over the last decade, according to World Bank data.

“Among all the advanced economies, France has the lowest carbon emissions, thanks to the nuclear power industry,” International Energy Agency (IEA) Executive Director Fatih Birol told the Financial Times in July 2021.

France recently lobbied the EU to include nuclear power in a list of green energy sources, a move that will result in greater investment in the industry. The change of definition, though, was opposed by Germany which has moved to eliminate all of its nuclear reactors by the end of 2022.

“Some nations made radical choices to turn their backs on nuclear,” Macron said Thursday, according to AFP. “France did not make this choice. We resisted. But we did not invest because we had doubts.”