Three House Republicans voted Wednesday against a resolution supporting the people of Ukraine, breaking with every other member in the House.

The vote was 426-3 with Montana Rep. Matt Rosendale, Kentucky Rep. Thomas Massie, and Arizona Rep. Paul Gosar all voting against the resolution. The nonbinding resolution would condemn Russian President Vladimir Putin’s “unprovoked renewed full-scale invasion against Ukraine” and “an immediate cease-fire and the full withdrawal of Russian forces from Ukrainian territory” and states that the American people stand with Ukraine against Putin. (RELATED: Survivor Of Soviet Union Gives Insight Into Putin’s Ideal World)

Meanwhile, Congress is working on a $6.4 billion funding package for Ukraine to help with military and humanitarian aid. 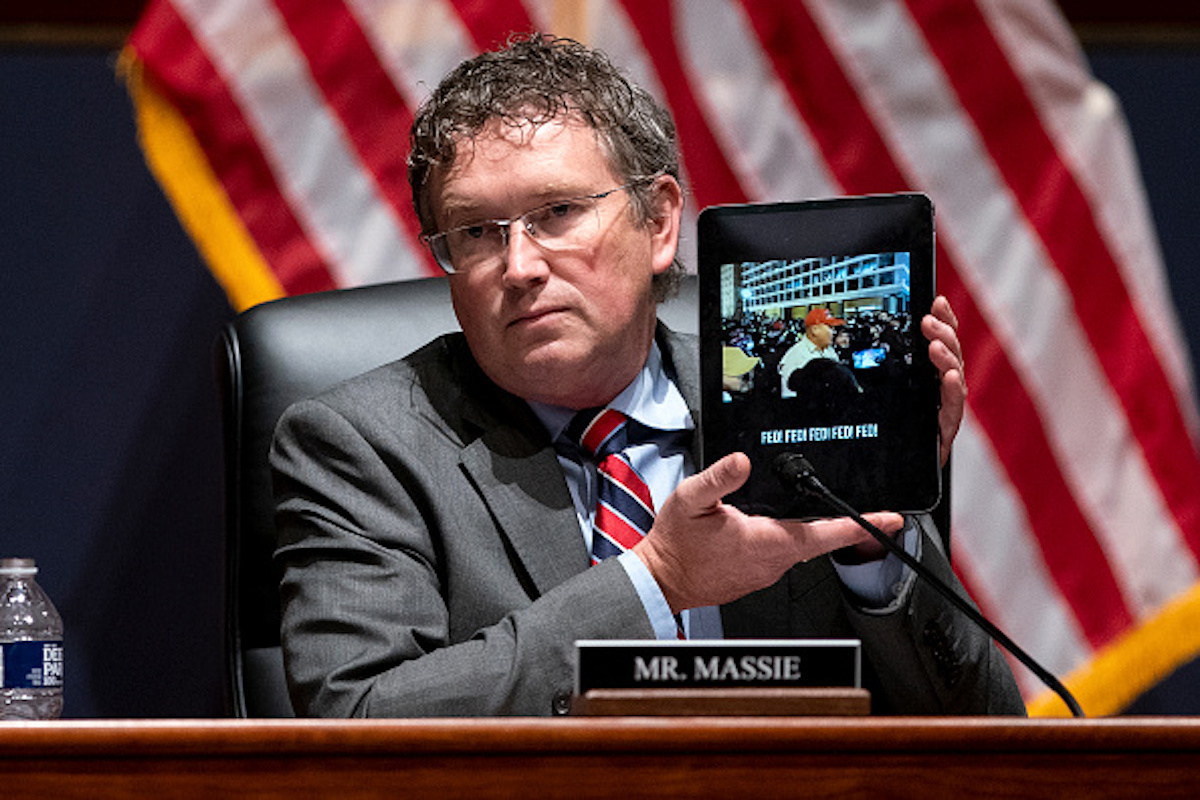 Rep. Thomas Massie (R-KY) holds up an iPad with a video of January 6 playing as he questions U.S. Attorney General Merrick Garland at a House Judiciary Committee hearing at the U.S. Capitol on October 21, 2021 in Washington, DC. (Photo by Greg Nash-Pool/Getty Images)

The resolution was introduced by Democratic New York Rep. Gregory Meeks and cosponsored by Republican Indiana Rep. Victoria Spartz, who is from Ukraine. She also gave a speech on the House floor before the vote, calling for Congress to support Ukraine. (RELATED: Russia And Putin Take Center Stage In Biden’s SOTU Address)

“With this resolution, it becomes crystal clear: Mr. Putin, you can’t win this. We’re going to stand against you and we’re going to preserve democracy, because that’s what’s at stake here,” Meeks said on the floor ahead of the vote.

Massie tweeted about his decision to vote against the resolution, saying it includes certain things he does not agree with.

“I fully support the right of the people of Ukraine to self determination. However there are many reasons I could not vote for the seven page Resolution that passed the House of Representatives today,” Massie said in a Twitter thread.

“The resolution contains an open ended call for additional and immediate ‘defensive security assistance.’ This term is so broad that it could include American boots on the ground or, as some of my colleagues have already requested, US enforcement of a no-fly zone,” he went on.

(1/7) I fully support the right of the people of Ukraine to self determination. However there are many reasons I could not vote for the seven page Resolution that passed the House of Representatives today.

“The resolution contains a gratuitous statement that Ukraine and NATO will determine the relationship between the two of them. Of course this is true, but why should Congress assert this now when the goal is to de-escalate the conflict?,” Massie added.

Rosendale and Gosar’s office all did not immediately respond to the Daily Caller about why they voted against the resolution.