Meat and egg producers in at least 24 states have experienced the worst avian flu outbreak since 2015, killing nearly 23 million birds and  driving the price of eggs and poultry even higher, according to the United States Department of Agriculture (USDA), USA Today reported.

The average weekly price for large eggs is 44% higher compared to the same time period one year ago, according to the USDA. Meanwhile, egg prices spiked 11.4% in February on an annualized basis and were up 2.2% from January, according to February’s consumer price index. 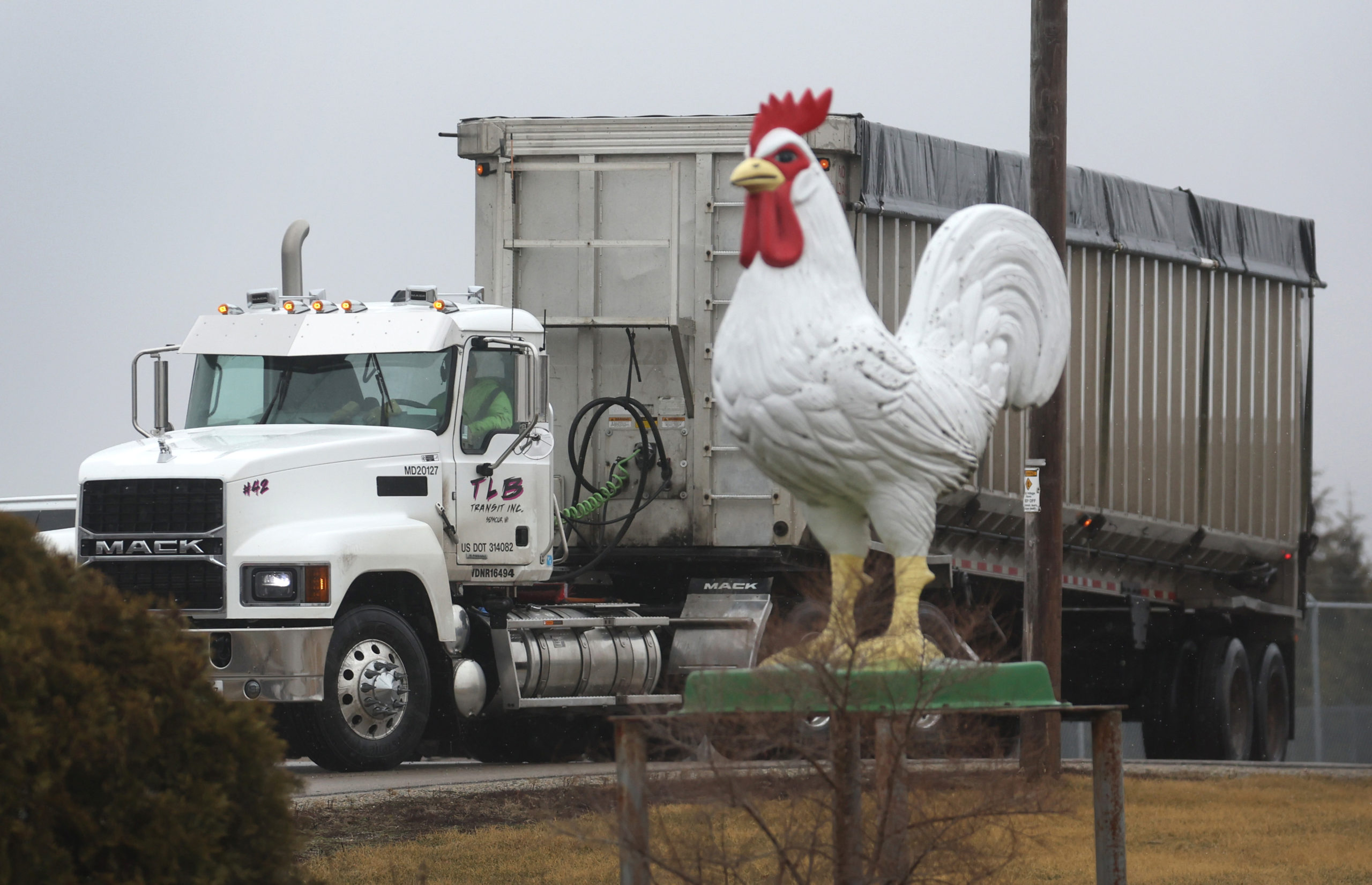 A truck drives out the entrance of the Cold Springs Eggs Farm where the presence of avian influenza was reported to be discovered, forcing the commercial egg producer to destroy nearly 3 million chickens on March 24, 2022 near Palmyra, Wisconsin. (Photo by Scott Olson/Getty Images)

The wholesale price of a carton of eggs increased 60% throughout the Midwest to $2.47 between March 25 and April 1, according to USDA data. The price of a carton of eggs hit its highest level in March 2020 when the cost tripled to a record $3.07 per dozen. (RELATED: Does Anyone Actually Believe The Fed Can Tame Inflation Without Tanking The Economy)

Iowa, the country’s largest egg producer, has been hit the hardest by the virus, and has seen nearly 13 million hens killed, USA Today reported. Additionally, almost 18 million commercial egg laying hens have been infected while 2 million turkeys have caught the virus.

The price of chicken meat has also surged, increasing $0.79 per pound during the first week of April and now sits $1.45 higher compared to the same period one year ago, Morning Brew reported.

When the virus last ripped through the bird population in 2015, it killed roughly 50 million birds, according to USA Today. The virus is so contagious that even zoos are taking extensive measures to ensure their bird populations are safe and protected.

The risk for humans catching the virus remains low, according to the Centers for Disease Control and Prevention (CDC).

“So far, current H5N1 bird flu viruses lack changes seen in the past that have been associated with viruses spreading easily among poultry, infecting people more easily, and causing severe illness in people,” the CDC said in March.