A woman walking her dog Saturday evening in East Hollywood found more than 100 stolen unopened mail-in ballots, according to a report.

Christina Repaci was walking her dog when she stumbled upon the box of ballots, according to Fox 11. “I turned the corner and I just saw this box of envelopes, and it was a USPS box. I picked some envelopes up and I saw they were ballots,” Repaci reportedly said, telling Fox 11 she took the box home with her as she determined what to do next.

Repaci called local politicians and the LA County Sheriff’s Department, as well as having sent videos of the ballots to social media accounts, according to Fox 11.

“I actually called the Sheriff’s Department. I couldn’t get through, so I emailed them,” she recounted. “I got an email back from a deputy basically in so many words saying it wasn’t their problem and to contact the USPS.”

Eventually the LA County Registrar’s Office’s Dean Logan personally retrieved the ballots, according to the report. “[Logan] picked them up,” Repaci said. “I made sure he was legit. He gave me a card, and took a photo of the box.” (RELATED: Federal Judge Rules Texas Counties Cannot Charge Officials With Crimes For Encouraging Mail-In Voting) 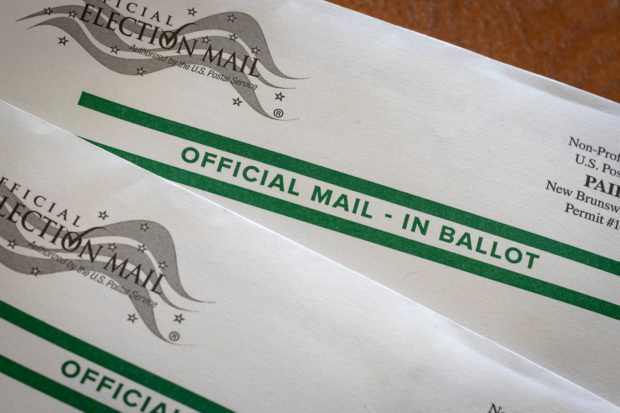 “It was so much stress and for just one person to get back to me. What do I do here? Now if it happens to someone else, they don’t know what to do. They’ll just put them in a dumpster or throw them in the trash. I just don’t think it should have been this hard to figure out what to do with legal ballots. This is a country of freedom and our votes should matter and something like this should never happen,” Repaci told Fox 11.

“Early signs indicate that this was an incident of mail theft and not a directed attempt at disrupting the election. We are cooperating with the United States Postal Service and law enforcement to investigate,” the statement continued, according to the report.