Molinaro accused Hochul and Ulster County Executive Pat Ryan of conspiring in a “backroom deal” to earn an advantage in the special election to replace Lt. Gov. Antonio Delgado, a former Democratic congressman representing New York’s 19th District who was sworn in as lieutenant governor Wednesday. Molinaro alleged that Hochul delayed the swearing-in of Delgado in an effort to ensure that the special election would fall on the same date as New York’s August primary elections, giving Democratic candidates an unfair advantage.

“Democrats handpicked their candidate for the 19th District through a corrupt backroom deal, and then gave him insider info as to when the special election would be held,” Molinaro told The Daily Caller News Foundation. “They’ve been plotting this for weeks now, and now have an unfair advantage in a race they know could decide the majority in the house.”

“NY-19 has been one of our top targeted seats and Antonio Delgado jumped ship because he knew he was headed for defeat,” New York GOP Chairman Nick Langworthy told TheDCNF. “With Marc Molinaro as our candidate, we are going to take back this seat and restore common sense leadership to Washington to rein in out-of-control inflation, gas prices, and lawlessness.”

Representatives for Hochul, Delgado and Ryan did not respond to requests for comment by TheDCNF. 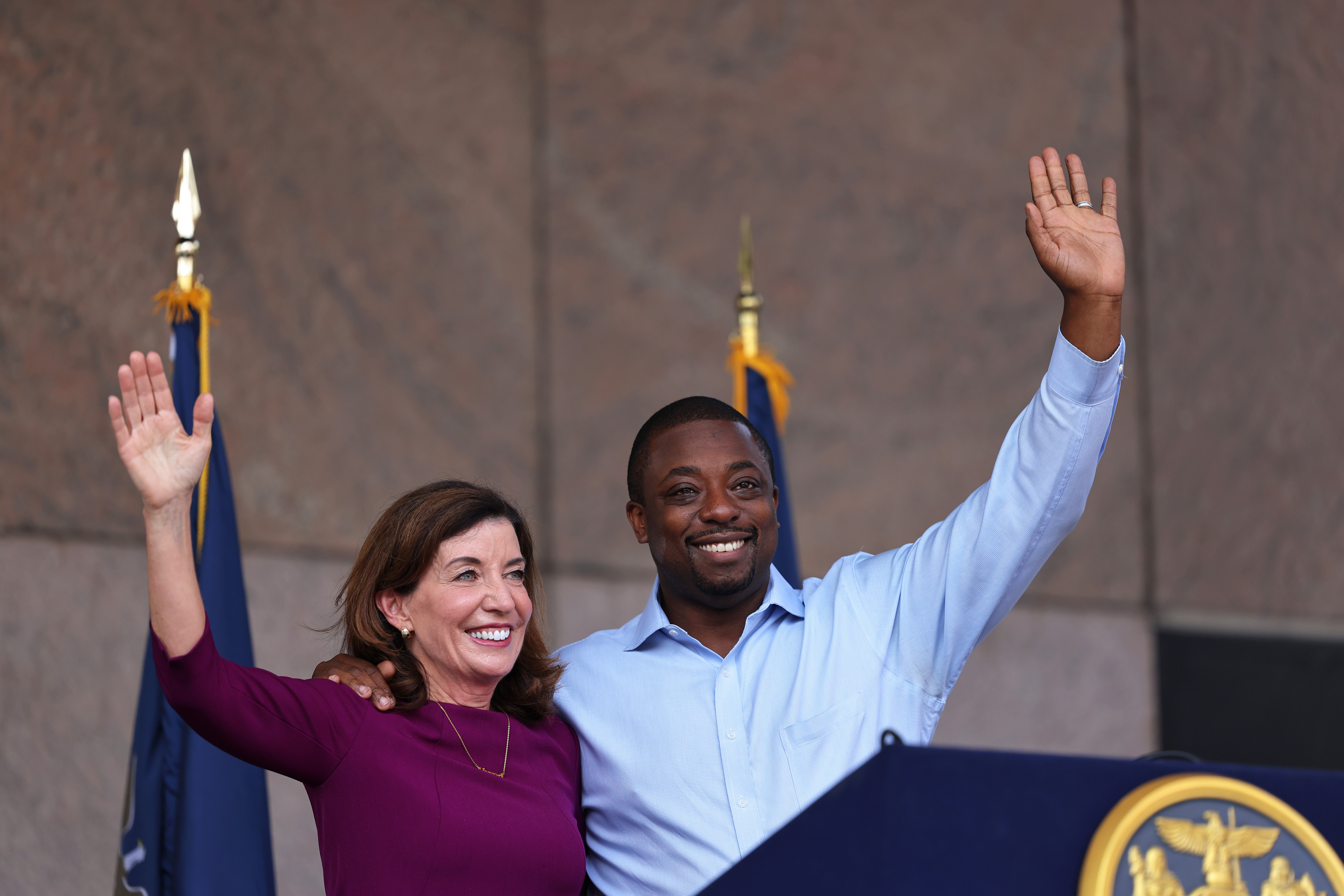 New York Gov. Kathy Hochul and State Senator Brian Benjamin wave at the crowd during a press conference announcing him as her Lt. Governor on August 26, 2021 in New York City. (Photo by Michael M. Santiago/Getty Images)

“Voters are justifiably confused by the situation in New York State,” Molinaro told TheDCNF. “Democrats in Albany, led by Democrats in Washington, illegally attempted to gerrymander congressional districts to benefit them politically.”

“If there has to be a special election due to Congressman Delgado departing his role, to me it makes sense aligning that with one of those, so that more people can vote, and frankly so we can save money. To me, to have to run another election, you risk less people having a voice and a vote and certainly it costs more money,” Ryan told CBS Albany.