Steve Dettelbach, President Joe Biden’s nominee to head the Bureau of Alcohol, Tobacco, Firearms and Explosives (ATF), said throughout his 2018 Ohio attorney general campaign that he has “no tolerance for public corruption.” But after leaving the public sector in 2016, he went on to provide legal representation to three clients involved in fraudulent activities — who were later convicted.

Dettelbach, an Obama-era U.S. Attorney in Ohio whom Biden nominated in April, represented the clients while employed by the law firm Baker & Hostetler, according to his public financial disclosure report to the U.S. Office of Government Ethics. However, the Democrat emphasized while campaigning for attorney general that he fought “public corruption” during his career and has “no tolerance” for it.

“But I also put myself in harm’s way to take on the hard cases, the tough cases,” he said in a 2018 primary debate. “That means I did public corruption work and I did it involving Democrats and Republicans. A lot of Christmas cards in northeast Ohio have my name crossed out because of that.”

In a 2018 campaign ad, Dettelbach said that holding power accountable is “tough but fair” and means “doing the right thing by the people of Ohio.” Appearing on an episode of a podcast by the Ohio Democrats in 2017, Dettelbach said there is no such thing as “a small bribe” or “a little bribe” and that “anybody who is doing this needs to go to jail.”

Still, one of Dettelbach’s clients at Baker & Hostetler included Charles Rizzo, a former garbage-hauling company CEO who was handed a 66-month prison sentence in 2018 for conspiring to commit bribery and wire fraud in connection with municipal garbage contracts worth millions, according to the U.S. Department of Justice (DOJ). Rizzo also embezzled hundreds of thousands of dollars from his own company, the DOJ said. 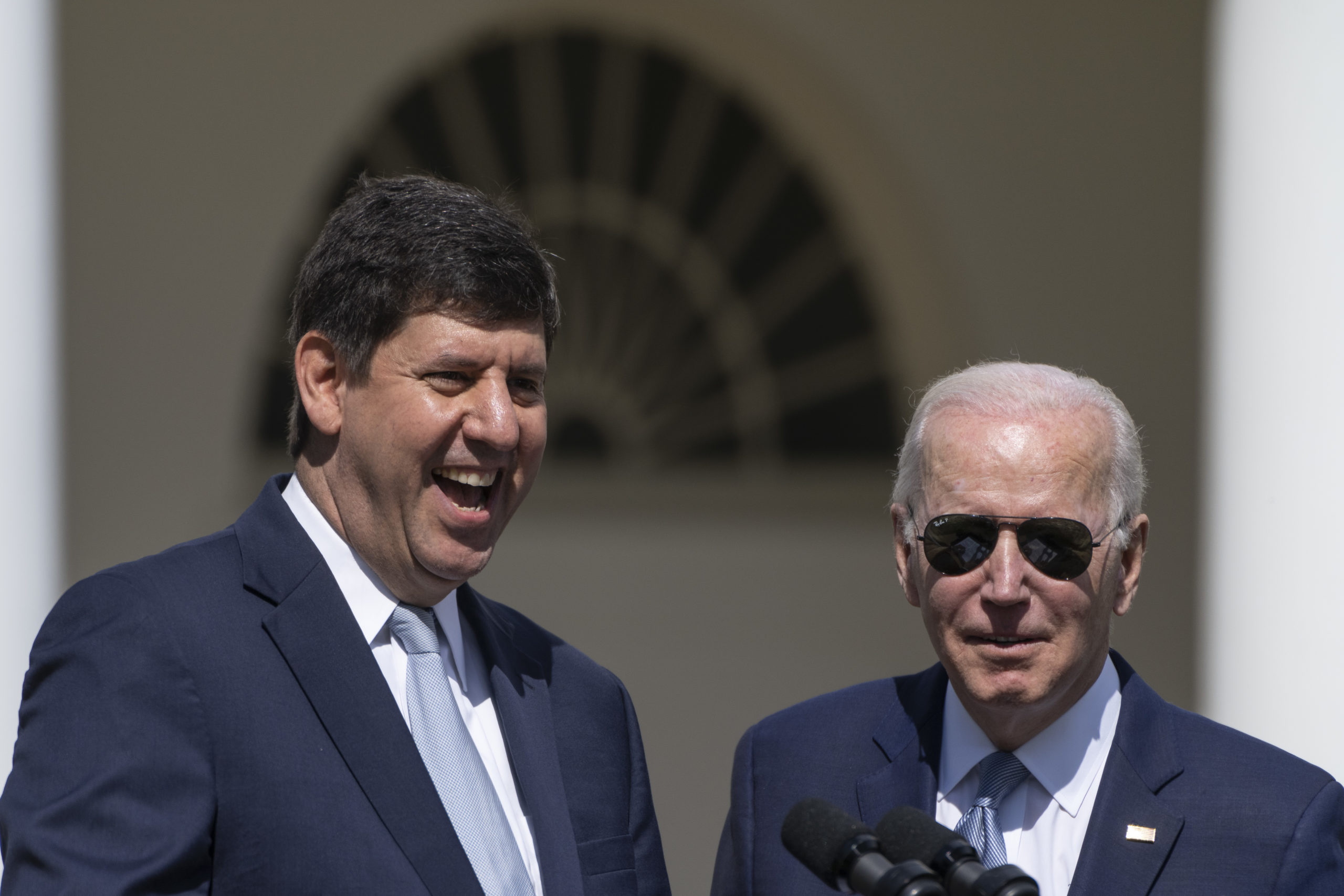 Dettelbach also represented Eli Taieb, who was charged in 2019 with securities fraud, wire fraud and conspiracy to commit securities fraud after two FBI agents went undercover to expose his hemp stock manipulation scheme. Taieb pled guilty to conspiracy in a hearing Tuesday, according to a court filing.

“The objects of the conspiracy included, but were not limited to: defrauding the investors; obtaining investor monies and pay[ing] and receive[ing] undisclosed commissions; inflating the value of the Manipulated Public Companies; and enriching the conspirators,” the filing states.

The Biden nominee’s ethics filing covers who has paid him year-to-date and in 2021. He has raked in more than $1.7 million in partnership share distributions through Baker & Hostetler, the report shows, and at least $5,000 for each of Rizzo and Taieb’s cases.

Dettelbach declined a request for comment by TheDCNF, and Baker & Hostetler did not respond. (RELATED: Here’s What You Need To Know About Biden’s New ATF Nominee)

“Senators should be really suspicious of the commitments of Steve,” said Jones, whose group helped sink Biden’s prior ATF Director pick David Chipman in September 2021. “He’s lied to the people of Ohio. He told them he was going to root out corruption and that it was his number one issue.”

In an ethics plan Dettelbach released during his campaign, he claimed he sought to “strengthen protections for witnesses who report waste, fraud and corruption” and “commence a day one, top-to-bottom review of Ohio’s anti-corruption, transparency and ethics laws.”

Steve Loomis, the former police union head in Cleveland who sparred with Dettelbach in Ohio during the Obama administration, told TheDCNF he agrees with Jones. He called Dettelbach “agenda-driven” and “self-motivated.”

ATF declined a request for comment, as did The White House. The White House pointed TheDCNF to the fact that Dettelbach served on the bipartisan Ohio Ethics Commission — a group that “promotes ethics in public service to strengthen the public’s confidence that government business is conducted with impartiality and integrity.”

“When he lost the election, he went and cashed in and represented corrupt people,” Jones added. “The guy’s not trustworthy.”