The Biden administration is extending the Endangered Species Act (ESA) to protect “critical habitats” even though many of them may no longer exist, according to a press release.

The extension would remove the Trump-era definition of “habitat” from the ESA, the U.S Fish and Wildlife Service and the National Marine Fisheries Service announced on Thursday. The decision follows an executive order directing all federal agencies to remain consistent with President Joe Biden’s environmental objectives.

In light of these climate goals, the Biden administration is also interrupting mining and offshore drilling projects across America. (RELATED: House Republicans Are Overhauling The Endangered Species Act)

“Rescission of the habitat definition does not establish new critical habitat protections for any species or areas. The Endangered Species Act clearly establishes that unoccupied areas can and should be designated as critical habitat when they are essential to the conservation of a species,” Marilyn Kitchell, Public Affairs specialist at the USFWS, told the Daily Caller News Foundation.

The Trump administration’s previous definition of “habitat” placed federal protection only on areas that were occupied by or could sustain endangered species.

Biden’s change expands federal protections, encompassing historic habitat sites that are unsuitable or unrestored, meaning that they cannot currently be populated by endangered wildlife. “The ESA recognizes that areas that are either occupied or unoccupied by the species may be needed for recovery and authorizes their designation as critical habitat,” the services stated. 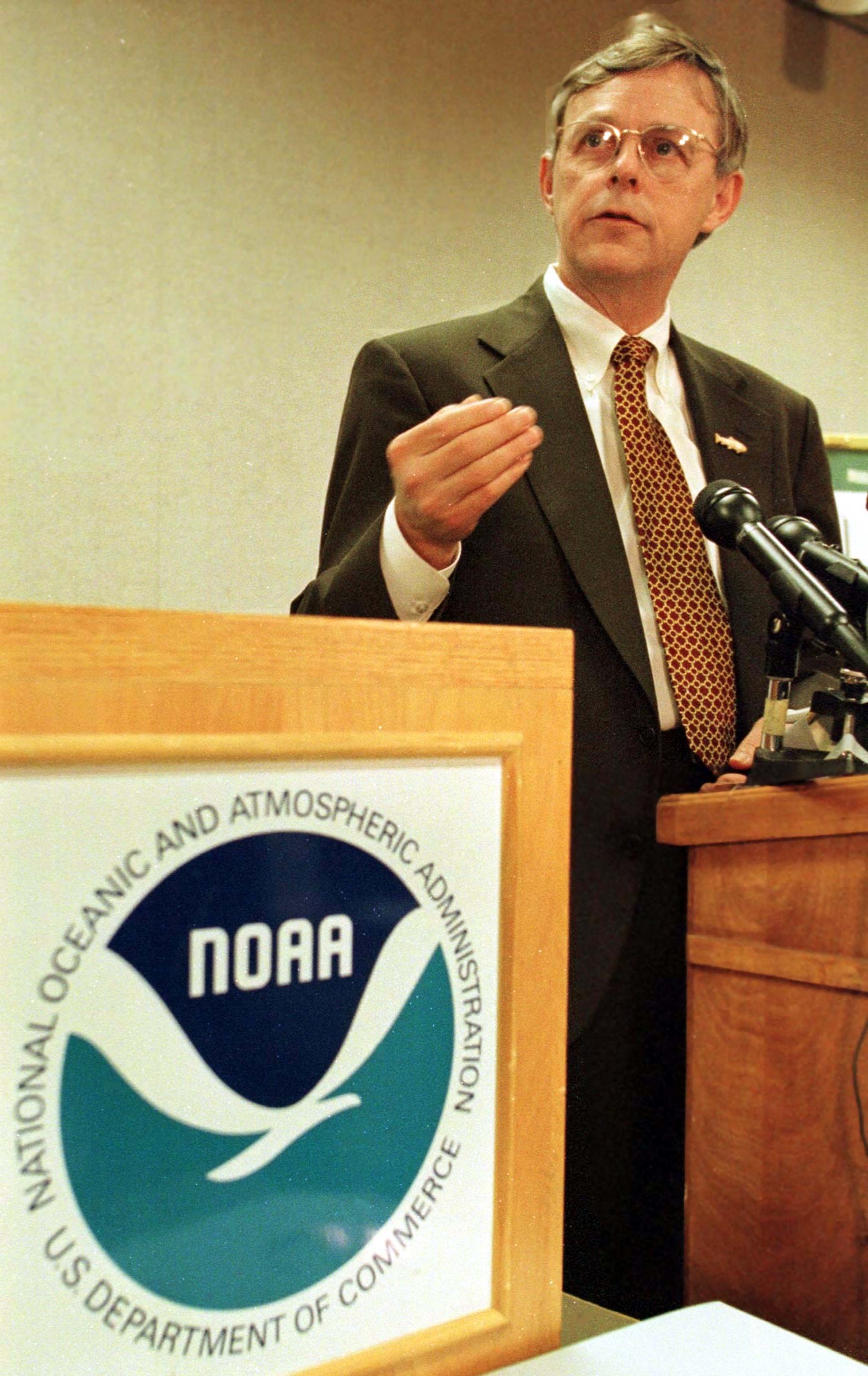 National Oceanic and Atmospheric Administration’s Rolland Schmitten announces to the media at NOAA’s Western Regional Center in Seattle that the federal government placed nine Northwest salmon and trout under government protection as endangered species on March 16. It is the first time such a large listing will broadly affect a major metropolitan area. The now-endangered species include the Chinook salmon, whose numbers have dwindled to 70,000 in the Puget Sound, down from 10 times that at the early part of the century.
APB/ELD

The previous definition “could impede the Services’ ability to fulfill their obligations to designate critical habitat based upon the best available science. Eliminating the rule will provide clarity and transparency for the public in better understanding what constitutes habitat for given species” it wrote.

The removal “will improve and strengthen implementation of the ESA by rescinding a definition of “habitat” that was unclear, confusing, and inconsistent with the conservation purposes of the ESA,” it continued.