Actor Jussie Smollett went on the radio show “Sway’s Universe” Tuesday and continued to deny that he staged the infamous 2019 hate-crime hoax in Chicago.

Smollett said “every single word” in the now-infamous interview with ABC’s Robin Roberts was true, he said during the interview.

“I was so angry and so offended that I had to go on national television and explain something that happened to me,” he said. “Everything that I said was the honest to God truth.” (RELATED: HART: Jussie Smollett — Liberal Elites’ Demand For Hate Not Met By Supply) 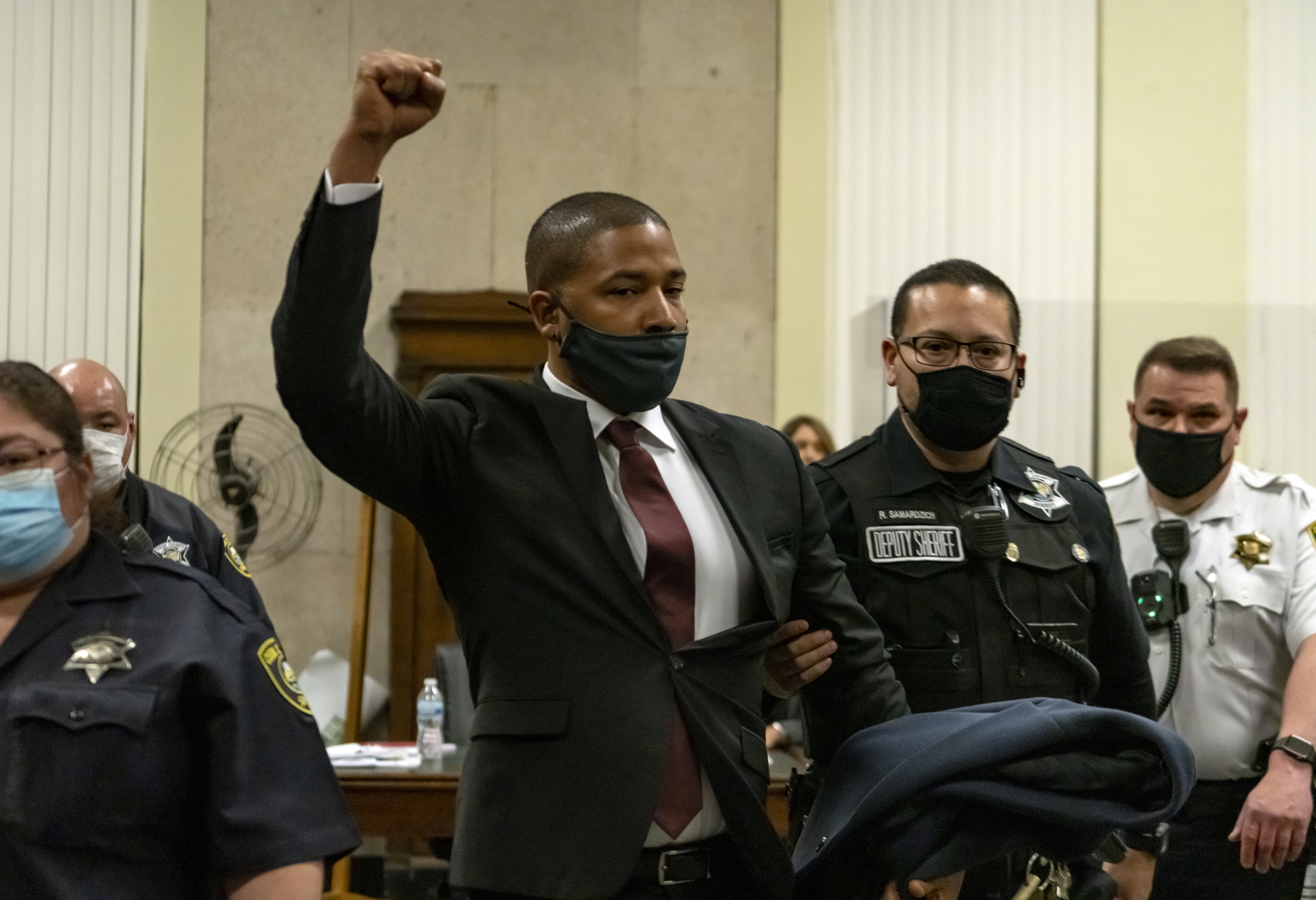 Smollett is led out of the courtroom after being sentenced at the Leighton Criminal Court Building on March 10, 2022 in Chicago, Illinois.  Smollett was found guilty late last year of lying to police about a hate crime after he reported to police that two masked men physically attacked him, yelling racist and anti-gay remarks near his Chicago home in 2019. He was sentenced to 150 days in jail, 30 months probation, ordered to pay $120,000 restitution to the city of Chicago and fined $25,000. (Photo by Brian Cassella-Pool/Getty Images)

In the ABC interview, Smollett stated that he had been assaulted by two men shouting racist and homophobic slurs who then beat him, poured bleach on him and tied a noose around his neck in the early morning hours in the streets of Chicago. (RELATED: FLASHBACK: Top Democrats Called Jussie Smollett Hate Crime Hoax A ‘Lynching’)