The Wisconsin Supreme Court ruled Friday that a school policy allowing students to secretly change their pronouns at school could remain in place.

In a 4-3 ruling, the state’s supreme court denied an injunction against the policy on procedural grounds because the plaintiffs were anonymous, allowing the gender identity policy to continue, the court’s opinion said. The final decision on the policy will be sent back to a circuit court.

The policy in question allows students to use different names and pronouns at school without notifying their parents at Madison Metropolitan School District, in Madison, Wisconsin. (RELATED: New Jersey Requiring Gender Identity Training For Second Graders)

Wisconsin Institute For Law & Liberty (WILL), which represented the parents suing the district, argued the policy is unconstitutional because if kids change their pronouns, parents have a right to know and stop them if desired, the Milwaukee Journal Sentinel reported. Of the parents suing, 11 stated they were Christian and the policy violates their religious freedoms.

“It is unfortunate the majority would not rule on our injunction request at this early stage, because, as the three dissenting Justices recognized, the District’s policy is an egregious violation of parents’ rights that can do lifelong harm to minor children in the interim,” deputy counsel for WILL Luke Berg told the Daily Caller News Foundation. “But we’ll continue to push for a broader injunction at the trial court. The case is far from over.” 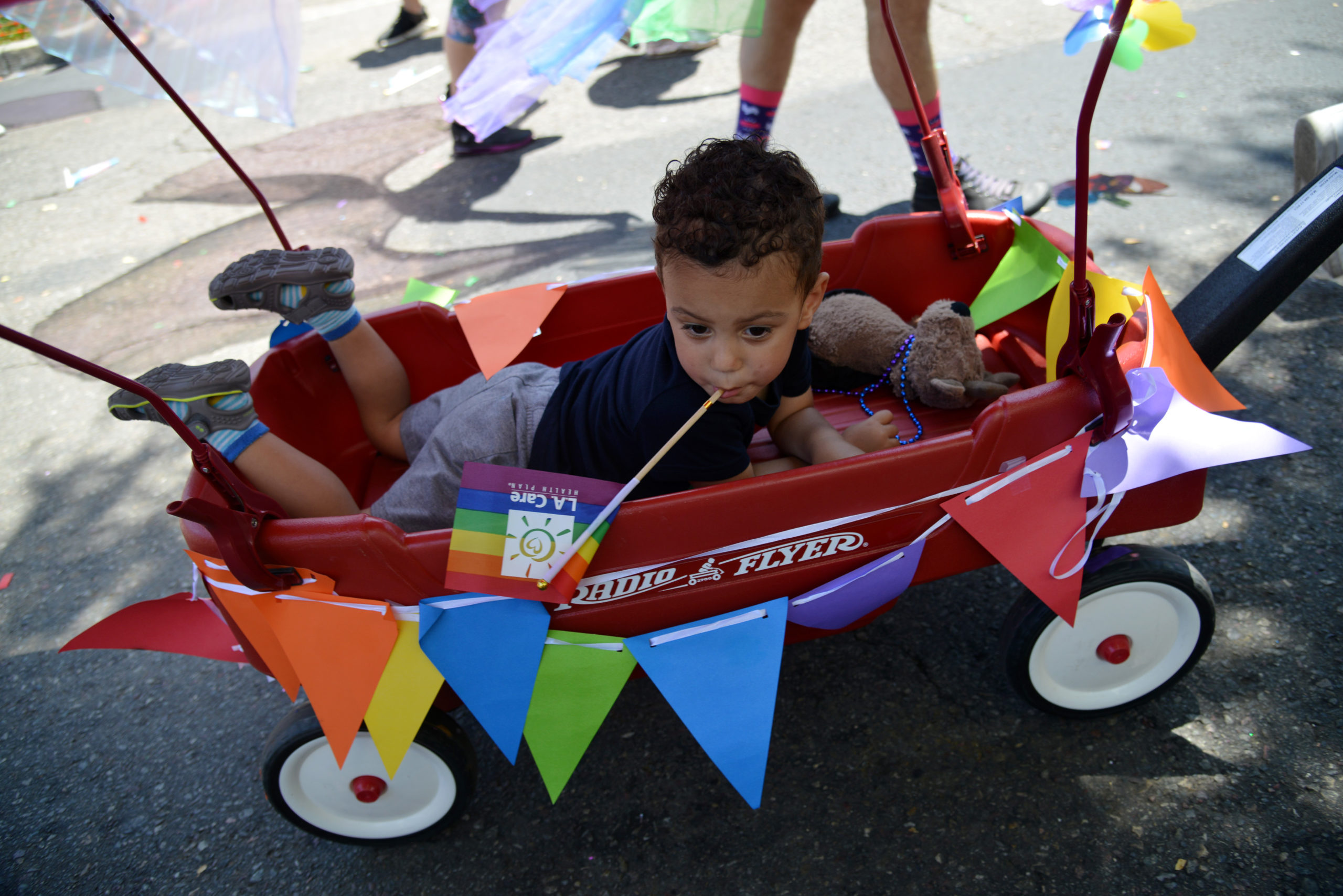 A child is seen at the LA Pride Parade on June 09, 2019 in West Hollywood, California. (Photo by Chelsea Guglielmino/Getty Images)

“Young people have various reasons for delaying sharing aspects of their identities with their parents — some are not ready, some may fear rejection, condemnation, or worse — whatever the reason may be, it should be respected,” staff attorney for the American Civil Liberties Union Casey Donahoe told the Wisconsin Examiner. “The Court’s decisions today allows MMSD to continue to protect youth by allowing them to be who they are without fear of being outed against their will, providing them with the freedom and safety to explore their identity on their own terms.”

The ACLU and Madison Metropolitan School District did not immediately respond to the DCNF’s request for comment.