Luis Estrada, 19, and Carlos Santos, 34, from Southern California, were arrested in recent days in connection with a shipment of large quantities of crystal meth brought to New York, according to the prosecutor’s office. The shipments of crystal meth were found in air compressor canisters. (RELATED: US Judge Awards Families Of Drug Cartel Victims Billions — There’s Just One Problem)

“Methamphetamine is categorized as a controlled substance, but not a narcotic drug. Regardless of the amount of methamphetamine involved, and regardless of a defendant’s lack of connections to New York State, under current law judges may not set bail on cases involving the possession of only methamphetamine,” the prosecutor’s office said. 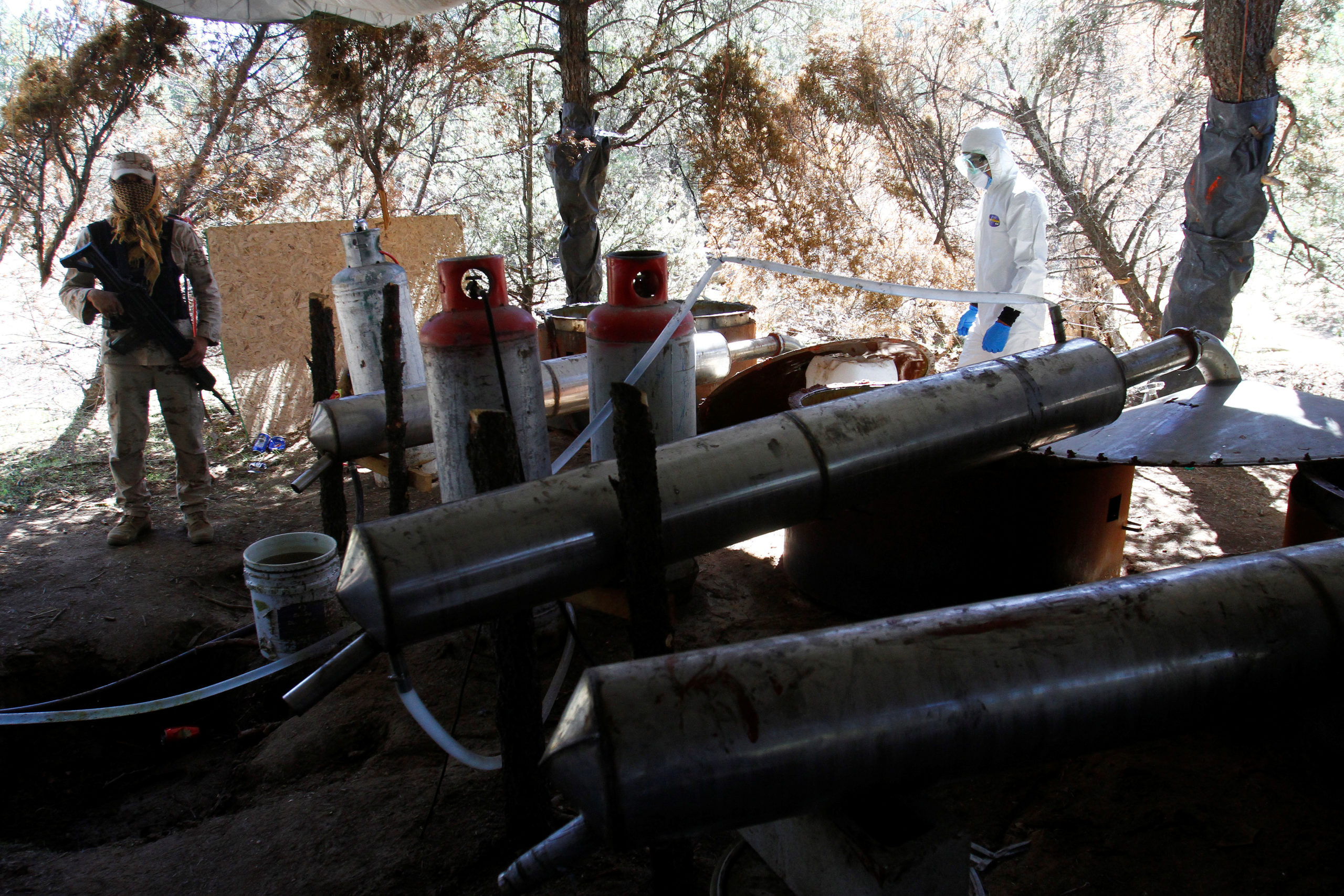 A soldier stands guard at a clandestine drug processing laboratory of methamphetamine located in a mountainous area in Tecate, in the state of Baja California, Mexico August 28, 2018. REUTERS/Jorge Duenes

Santos allegedly drove a rental car across the U.S. with shipments of methamphetamine believed to have come from Mexico, according to the prosecutor’s office.

“This seizure is a calculated treachery by Mexican Cartels to flood the United States with their poison and expand their customer base while driving addiction and increasing profit margins,” Drug Enforcement Administration (DEA) New York Division’s Special Agent in Charge Frank Tarentino said in a statement.

Estrada and Santos both face charges of criminal possession of a controlled substance.

Neither the New York City’s Special Prosecutor’s office nor the DEA responded to the Daily Caller News Foundation’s requests for comment.