Over 1,000 girls were sexually abused and raped in a town in the U.K. over a span of more than 30 years, an independent inquiry released July 12 found.

Asian gangs exploited the police’s fear of fostering racial tensions to continuously groom and sexually abuse girls in a “rape house” in Wellington, the “Telford Child Sexual Exploitation” inquiry reported. The West Mercia Police “dropped the case like a hot potato” to not engage in conflict that could threaten their political correctness, the three-year investigation found. Instead, the children were blamed for prostitution. (RELATED: Police Identify Massive Child Abuse Problem In The UK) 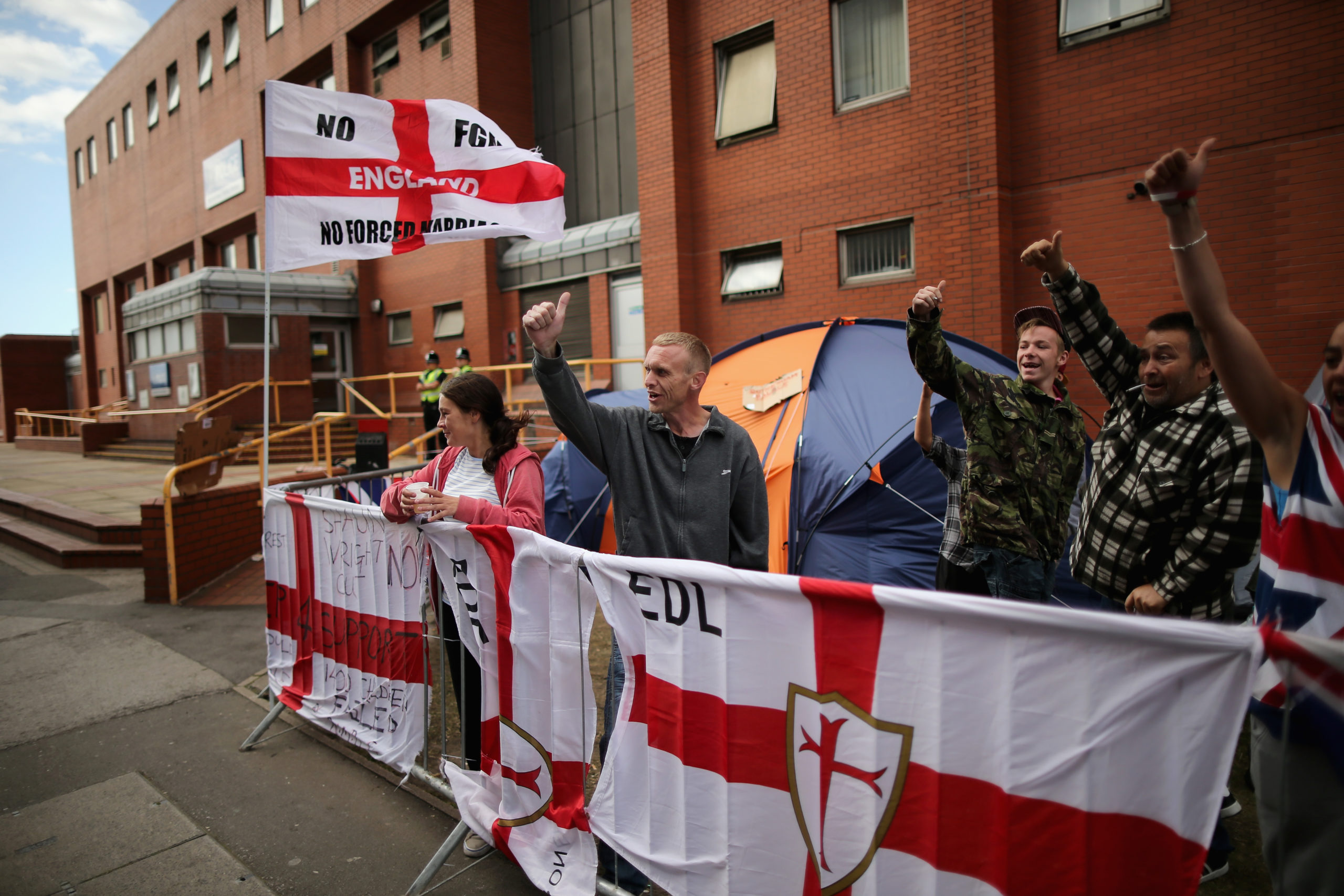 ROTHERHAM, ENGLAND – SEPTEMBER 01: Members of the EDL (English Defence League) hold a demonstration calling for the resignation of South Yorkshire Police and Crime Commissioner Shaun Wright outside the police station on September 1, 2014 in Rotherham, England. South Yorkshire Police are launching an independent investigation into its handling of the Rotherham child abuse scandal and will also probe the role of public bodies and council workers. A report claims at least 1,400 children as young as 11 were sexually abused from 1997- 2013 in Rotherham Care Homes but no council staff will face disciplinary action. (Photo by Christopher Furlong/Getty Images)

The girls were allegedly targeted by some taxi drivers and were offered “food, accommodation, drugs, alcohol, cigarettes, affection, gifts, money,” making their relationship appear loving and genuine. The abuse and rape followed afterward and victims received death threats if they threatened to report the abuse, the investigation states.

The report also says that the lack of police response is due to the “fear of complaint, or because of concern about the impact an investigation might have had on racial tensions.”

The investigation started after a 2018 Sunday Mirror investigation uncovered incidents of sexual abuse as early as 1989, according to the DailyMail. (RELATED: Grand Jury Report Details Decades Of Child Abuse By Hundreds Of Accused ‘Predator Priests’)

“We are making an unequivocal apology to victims and survivors of Child Sexual Exploitation in Telford for past failings by the force,” West Mercia Police Assistant Chief Richard Cooper said in a statement. “There are no excuses for the past.”

This is not the first incident: An independent inquiry disclosed that 1400 children were similarly exploited in Rotherham in 2014, BBC reported. (RELATED: UK Reports Of Child-On-Child Sex Abuse Are Skyrocketing)