The International Organization for Standardization (ISO) approved the creation of a new merchant code for firearms stores to use when processing credit and debit card transactions, Reuters reported Friday. However, the code could lead to innocent Americans being surveilled should companies coordinate with the government to probe sales, experts say. (RELATED: EXCLUSIVE: The FBI Secretly Pressured Americans To Waive Away Their Gun Rights)

“If you go into a gun store, presumably, particularly with larger purchases, they’re going to at least try to infer that it is probable you bought a firearm,” John Harris, a lawyer who heads the Tennessee Firearms Association, told the DCNF. “It could expand the trend we see where certain banks or credit card companies may say ‘we’re not going to allow a company with a particular ISO code to use our services.'”

ISO was founded in 1947 and votes on global standards for business transactions. Credit card companies are not required to implement the codes. There are 167 countries, including the U.S., that are members of the Swiss-based non-governmental organization (NGO).

Banks assign merchants four-digit sales codes that classify them based on the goods and services they provide. ISO’s approved changes will now let banks use a gun store-specific code — which diverges from the current system of banks lumping firearm retailers in with other industries and labeling them as either “5999: Miscellaneous retail stores” or “5941: Sporting Goods Stores.”

Congressional Democrats have argued a gun store code will help law enforcement thwart so-called “domestic terrorism,” as well as mass shootings, and urged American Express, Visa and Mastercard Sept. 1 to begin tracking gun and ammunition purchases. But critics, including the National Rifle Association (NRA), say the code will not stop threats and impedes on the gun rights of Americans.

“If governments or credit card companies start to require certain purchase patterns at gun stores be reported to police, that could put a lot of innocent people under suspicion depending on how broad the criteria are,” said Stephen Gutowski, a gun expert who founded The Reload, a firearms policy outlet. 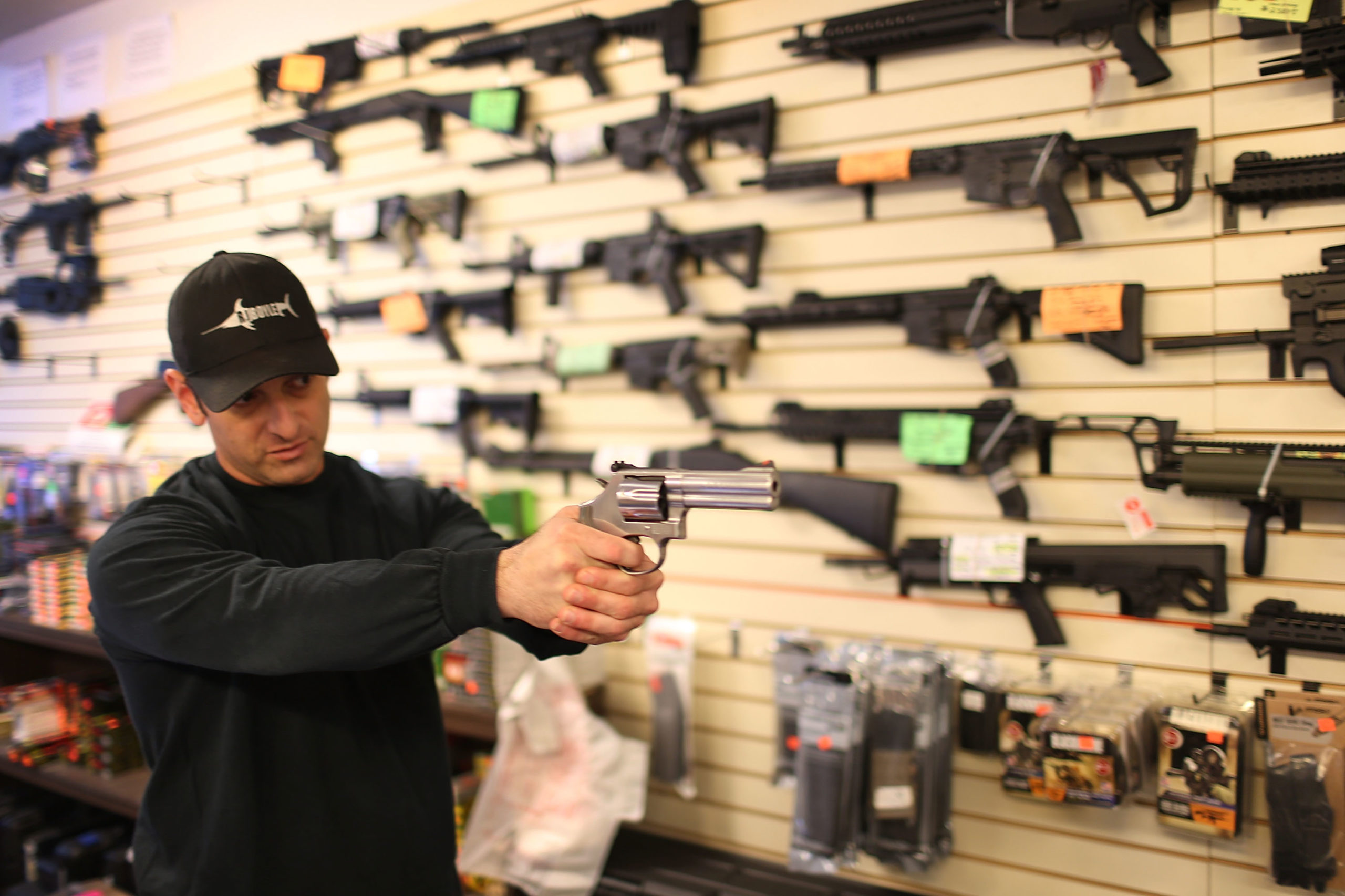 The New York-based Amalgamated Bank requested ISO create the gun store code in June after its July 2021 request was denied, according to documents reviewed by CBS News. ISO told the bank in February a gun code would “burden” small business and not be able to account for “the sales at sporting goods stores,” the outlet reported. Sporting goods stores sell firearms but have restricted stock in recent years amid pressure from gun-control activists.

Amalgamated Bank, which is the largest union-owned bank, bills itself as a “socially responsible” lender and investor supporting “progressive causes” and “social justice.” Its political action committee (PAC) has donated more than $496,000 to Democratic candidates and causes since 2003, federal records show.

The bank is also a vendor for major Democratic PACs and committees, which issued $2.3 million in vendor payments in the 2022 election cycle through its system, according to data compiled by OpenSecrets. Joe Biden’s presidential campaign committees Biden Victory Fund and Biden for President issued roughly $227,500 in payments through Amalgamated Bank in 2020, according to OpenSecrets data.

Amalgamated Bank has argued a gun store code would “stop gun violence” and applauded ISO’s decision as a “historic outcome.” However, the code it pushed for could lead to a “crude method of tracking gun sales under private or public policies,” said Gutowski.

“It could lead to a kind of public-private surveillance system akin to how banks track and flag purchases potentially fraudulent transactions for law enforcement,” said Gutowski, explaining that such surveillance may occur if federal or state governments make the ISO code a requirement.

“Following ISO’s decision to establish a new merchant category code, Visa will proceed with next steps, while ensuring we protect all legal commerce on the Visa network in accordance with our long-standing rules,” a Visa spokesman told the DCNF.

A spokesman for the largest firearms trade group in the U.S. told the DCNF the new code is “Orwellian by any definition.”

“The ultimate goal of those championing the application of these codes is to deny firearm and ammunition purchases through the use of credit cards,” said Mark Oliva of the National Shooting Sports Foundation.

Amalgamated Bank did not respond to the DCNF’s request for comment.