The international manhunt for “Fat Leonard,” as he is known, began after he cut off his GPS ankle monitor and fled his California home Sept. 4, the Associated Press reported. Leonard made his way to Venezuela from Mexico, with a stopover in Cuba, according to the AP. Authorities arrested Francis in Caracas, where the fugitive was attempting to board a Russia-bound flight, the BBC reported.

Resources from 10 U.S. agencies were committed to Francis’s search, along with the issue of a $40,000 reward for his arrest, the AP stated. The 57-year-old Malaysian’s capture took place the night before he was to face sentencing for corruption and bribery charges, which he pleaded guilty to in 2015, the AP and BBC reported. 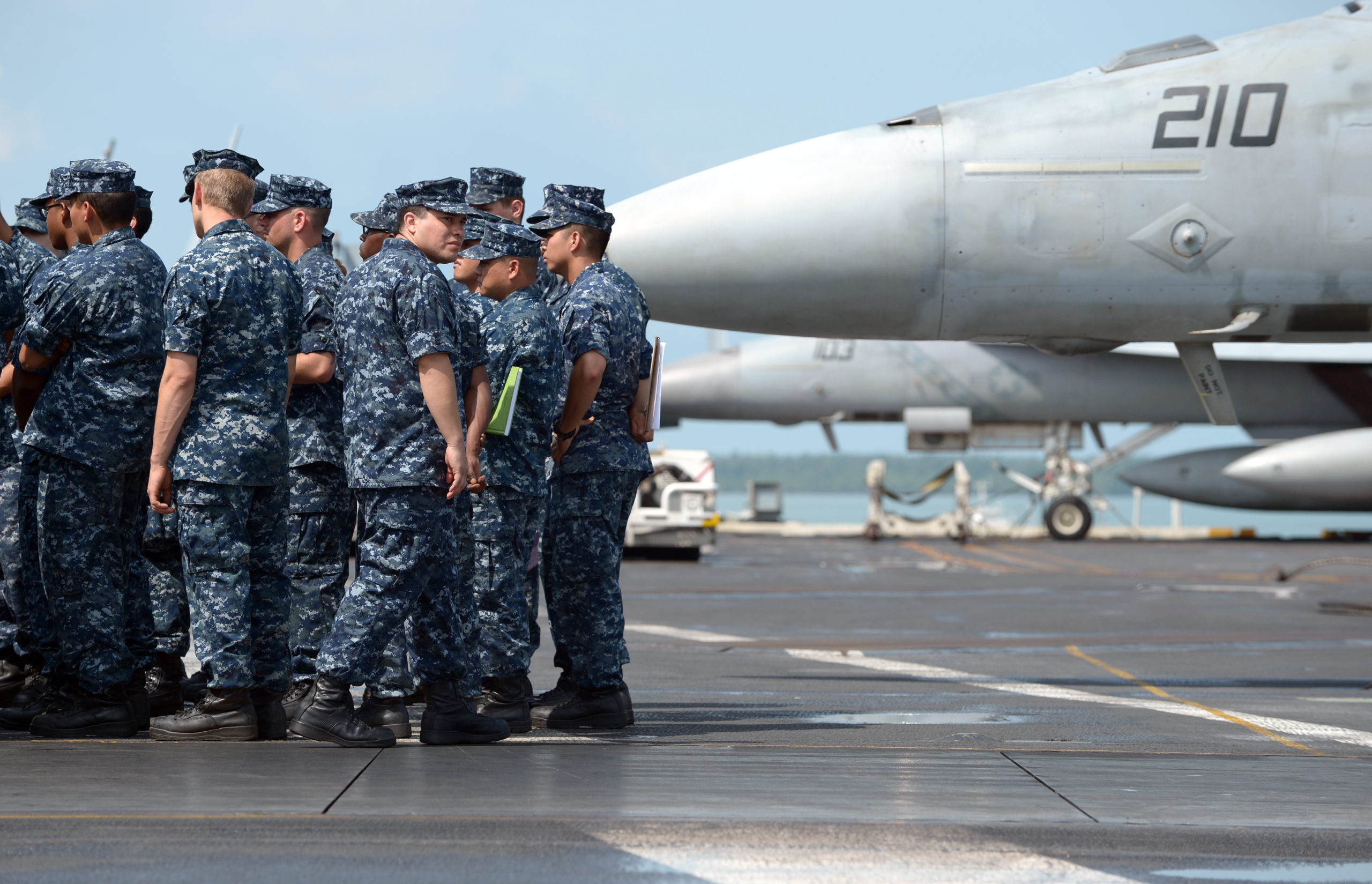 US Navy sailors stand next to F/A-18 Hornet warplanes (R) on the flight deck of the USS George Washington, a US nuclear powered aircraft carrier, in Port Klang outside Kuala Lumpur on October 7, 2012. (MOHD RASFAN/AFP/GettyImages)

Dozens of Navy officers were implicated in bribery involving prostitution, luxury hotels, cigars, gourmet meals and more than $500,000, according to the AP. Prosecutors found Leonard used his Singapore-based shipping company, Glenn Defense Marine Asia, to overcharge the Navy by at least $35 million for supplying ships and providing fake services at southeast Asian ports he controlled, the AP reported.

His arrest proved a black eye to the Pentagon as dozens of service members accepted bribes for concealing Leonard’s scheme, the outlet noted. The case also revealed scandals concerning service members’ use of prostitutes and included the first ever active-duty admiral to be convicted of a federal crime, according to the AP. (RELATED: Navy Admiral Pleads Guilty In ‘Fat Leonard’ Bribery Scandal)

Francis was previously cooperative with prosecutors and remained under house arrest due to health issues, the BBC reported. He now awaits extradition to the U.S. following his recapture, according to the outlet.