The Biden administration has repeatedly claimed responding to the destruction of Hurricane Ian is not about “politics,” while Vice President Kamala Harris called for a response based on race “equity.”

While DeSantis has agreed he and Biden “need to work together,” he has claimed Harris’ remarks about “giving resources based on equity” to victims of the hurricane were an attempt at playing “identity politics.”

“It is our lowest-income communities and communities of color that are most impacted by these extreme conditions and impacted by issues not of their own making,” Harris said Friday. “And so we have to address this in a way that is about giving resources based on equity.” (RELATED: Kamala Harris Says Disaster Relief Should Be ‘Based On Equity’)

DeSantis responded to Harris’ comments Monday, calling them “ridiculous” and an attempt at pushing “identity politics.”

“I think she’s trying to play identity politics with a storm and a natural disaster, and I think it’s ridiculous,” DeSantis said Monday. “That is not going to happen, it’s totally not appropriate. You don’t have to politicize every single tragedy in this country.”

“The impacts spanned all demographics, all income levels,” he added. “We just want to make sure people have a chance to get back on their feet and get moving forward again.” 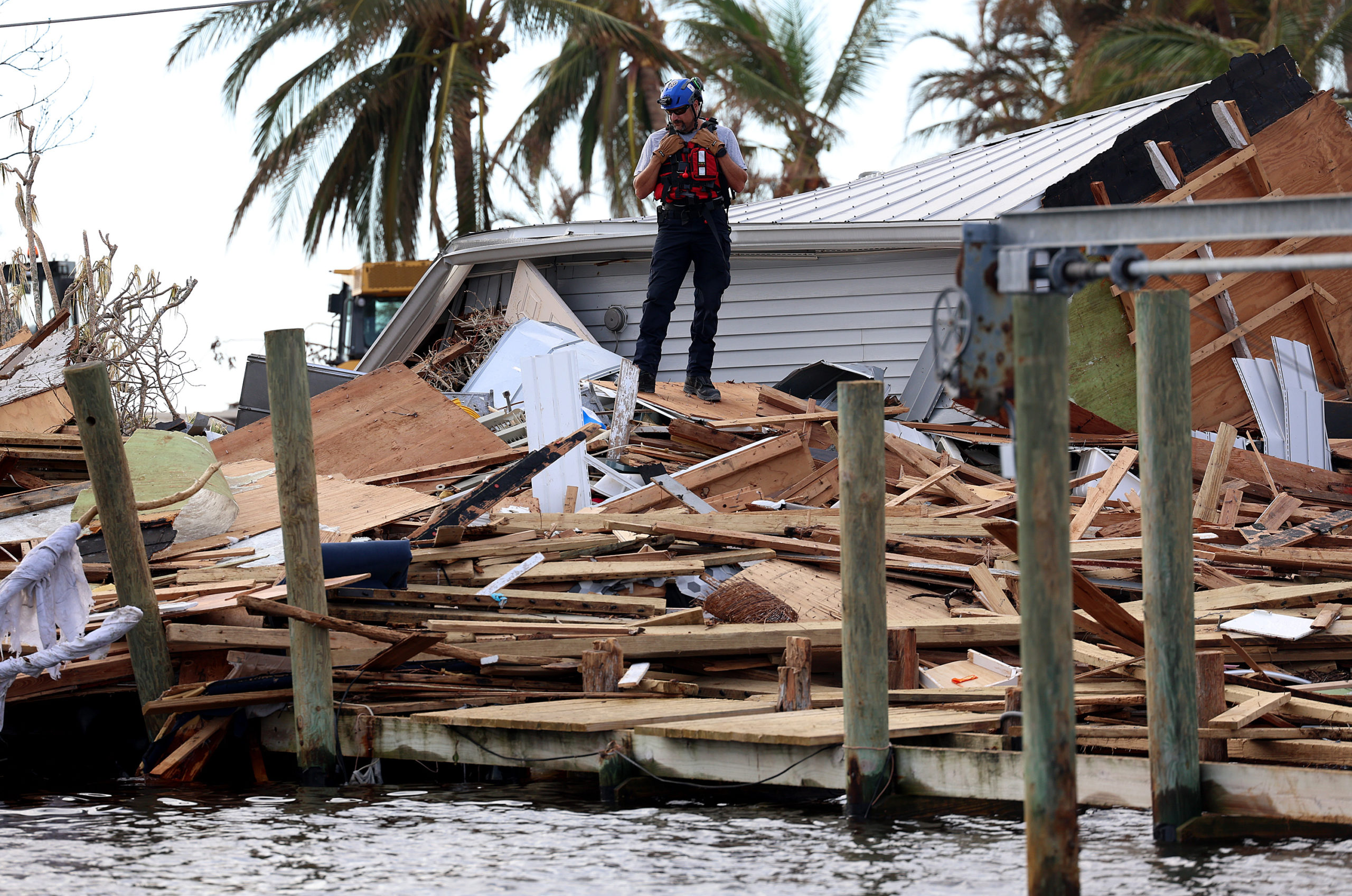 MATLACHA, FLORIDA – OCTOBER 04: A member of the Miami-Dade Florida Task Force 1 Search and Rescue team looks through a pile of debris for victims after Hurricane Ian passed through the area on October 4, 2022 in Matlacha, Florida. (Photo by Joe Raedle/Getty Images)

Jean-Pierre walked back Harris’ comments during a press briefing Monday.

“We are committed to quickly getting resources to all communities impacted, period,” Jean-Pierre added. “Full stop. But we also note that some people, particularly of lower income, have a hard time accessing that help. That’s why this administration has also made it a priority to remove barriers and ensure that everyone, regardless of their zip code, and that’s what she was talking about.”

Biden and DeSantis will meet in-person in Florida on Wednesday after having several phone conversations, Jean-Pierre confirmed Tuesday.

Both DeSantis and Biden have stressed the importance of cooperating while dealing with the effects of Hurricane Ian, with the Florida governor saying, “It’s my sense that the administration wants to help.”