“The first problem is that we don’t have nuclear weapons. There is no indication that we, as Poland, will have it in our hands in the near future. There is always a potential opportunity to participate in the Nuclear Sharing program,” Duda said in an interview with Gazeta Polska. The Polish president also said he spoke with American leaders on whether or not the US is considering nuclear sharing with the fellow NATO member. “The topic is open,” Duda stated.

The White House denies having engaged in any such talks with Poland, according to Bloomberg. A senior diplomat in Warsaw suggested Wednesday that Duda’s comments could refer to nuclear sharing activities including escort of reconnaissance jets for a nuclear mission, an offer of dual-capable aircraft for nuclear functions, or hosting of actual nuclear weapons in country, the outlet noted.

Poland’s Deputy Prime Minister Jaroslaw Kaczynski said in April that he was “open” to the possibility of the US placing nuclear weapons in Polish territory, Newsweek reported. His comments accompanied a request for 50,000 additional US troops stationed on NATO’s eastern flank. 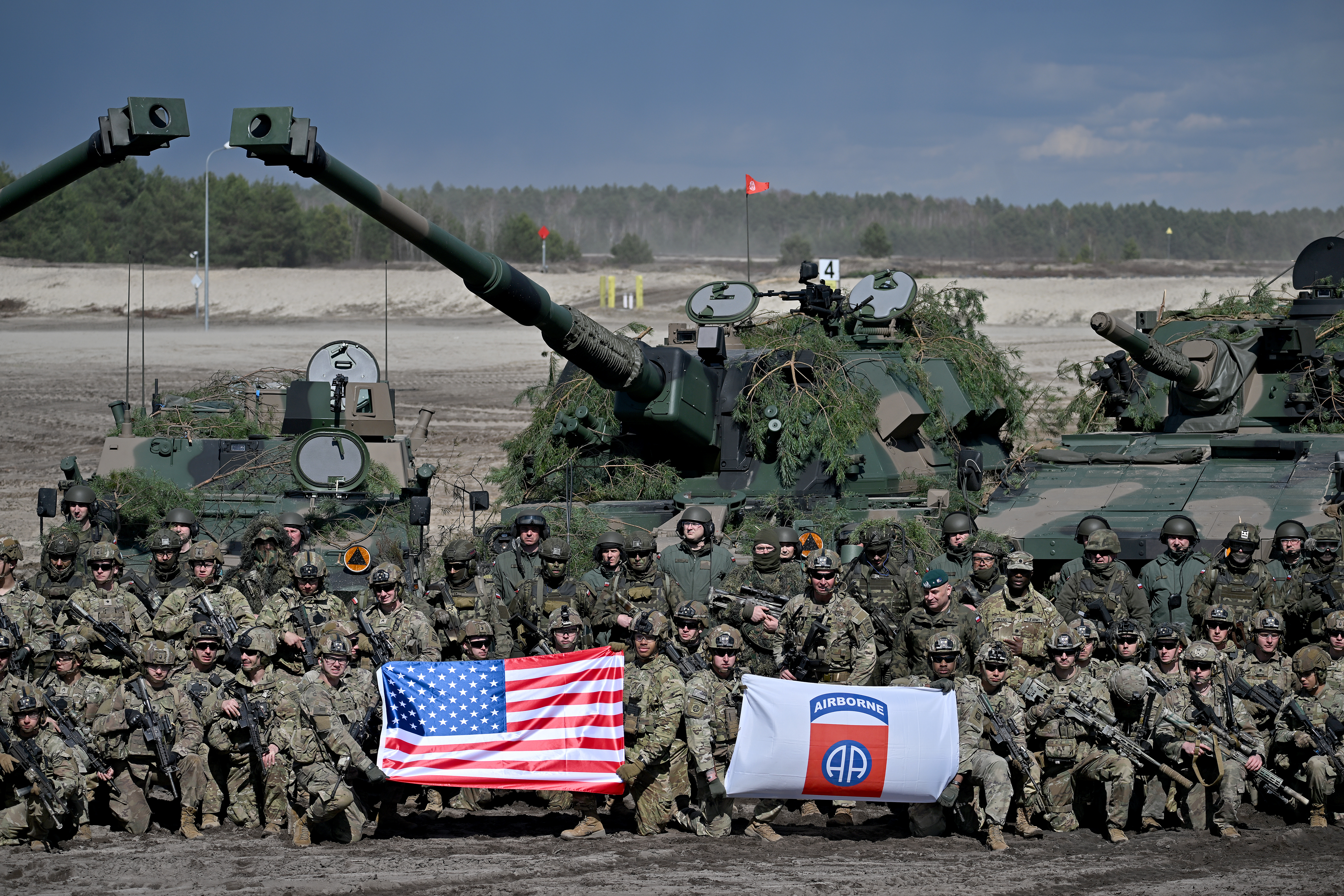 NOWA DEBA, POLAND – APRIL 08: Troops from the Polish 18th Mechanised Division and the 82nd Airborne Division (USA) take part in tactical and fire training on April 8, 2022 in Nowa Deba, Poland. . Tactical and fire training of U.S. and Poland’s military units at a Polish training ground for the interoperability of Polish and American troops and to harmonize Polish military units. The training will include shooting from Pioruns (MANPADS) and Javelins (anti-tank guided missiles), known for their effectiveness in combating Russian troops in Ukraine. (Photo by Jeff J Mitchell/Getty Images)

Nuclear sharing among the powers is considered central to the Alliance’s posture of defense and deterrence, according to a NATO fact sheet. Only three NATO members are nuclear power states – the United States, France, and the United Kingdom. Five states, Belgium, Germany, Italy, the Netherlands and Turkey, participate in the Alliance’s nuclear sharing, according to the Center for Arms Control and Non-Proliferation. (RELATED: Ukraine Officially Applies To Join NATO As Russia Threatens Nuclear Attack)

The Polish president’s remarks come just after Ukraine petitioned NATO for formal membership as Russia threatened nuclear attacks. The United States is faced with the challenge of supporting Ukraine through funding and weaponry without provoking a retaliatory response from Russia, Bloomberg noted.