Democrats are worried the Republican focus on crime will sway voters right and hurt their’ midterm chances, according to reports.

In Wisconsin, where incumbent Republican Sen. Ron Johnson faces Lt. Gov. Mandela Barnes, Barnes’ base is worried Democrats‘ messaging has been too focused on Jan. 6 and other issues unrelated to crime, The New York Times (NYT) reported.

“The progressives have been Mandela’s base from the day that he was elected — it really has never been the Black community,” black Democratic state senator from Milwaukee, Lena Taylor, said, according to The NYT. “Because of that, he does have to do a little bit more with what other people would have seen as his natural base.”

Barnes’ supporters are increasingly irked that his campaign has “allowed Republicans to frame the contest as being about crime rather than Mr. Johnson’s past support for overturning the 2020 election and the misinformation he continues to spread about the Jan. 6, 2021, attack on the Capitol,” said The NYT. 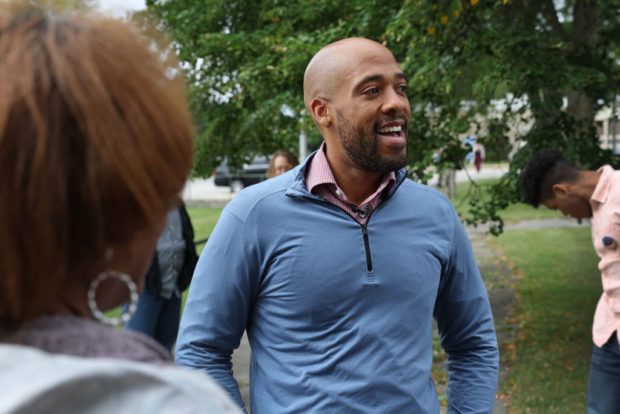 MILWAUKEE, WISCONSIN – SEPTEMBER 24: Democratic candidate for U.S. senate in Wisconsin Mandela Barnes speaks to supporters as he arrives for a campaign rally at the Washington Park Senior Center on September 24, 2022 in Milwaukee, Wisconsin. (Scott Olson/Getty Images)

Republicans as a whole have made crime their main campaign point in both Wisconsin and Pennsylvania, two battleground states. The party has aggressively targeted Barnes with negative ads, NBC News reported.

Franklin said that while Republicans have long focused on Democrats soft-on-crime approach, he reportedly thinks this year will be different. Barnes’ former primary opponent, Tom Nelson, told NBC News “it’s been frustrating” to watch Barnes’ team allegedly drop the ball and fail to keep the issue of crime from becoming a central issue of the race.

Another Wisconsin Democrat, who wished to remain anonymous for fear of retribution, told the outlet it was concerning that Barnes’ team has yet to figure out a cohesive message.

“Why has it taken so long to figure out an answer to this crime messaging? Why does it feel like Ron Johnson had like a month to hammer away at Mandela unanswered?”

Republican Senate candidate Mehmet Oz has run several ads against Democratic challenger Lt. Gov. John Fetterman showing the lieutenant governor’s role on the pardons and commutations board since 2019, where he recommended the release of murderers.

Voters across America are also increasingly worried about rising crime. A survey conducted by Monmouth University found 8 in 10 Republicans ranked “inflation, crime and immigration” as their top campaign priorities. The poll also found President Joe Biden received a 32% approval rating on his handling of crime.