New polling found that an overwhelming majority of Americans believe that “public school systems in America are becoming too politicized,” according to polling conducted by CRC Research and obtained exclusively by the Daily Caller.

The data found that 81% of Americans agree that public schools are too politicized. This polling took place on Oct. 20-23, just days before the National Assessment of Educational Progress (NAEP) — the Nation’s Report Card — found that every state saw a decline in math scores since 2019. Students in fourth and eighth grades saw the largest score drops ever recorded.

Among the 1,600 likely voters polled nationwide, 61% said they oppose legislation that would expand the definition of child abuse to parents who do not affirm their child’s gender dysphoria. Forty-six percent of respondents “strongly oppose” the idea.

This data was collected after a report uncovered that Virginia Democrats wanted to reintroduce a 2020 bill that expands the state’s definition of child abuse to include parents who do not fully support a child’s gender identity. (RELATED: Virginia Dems Attempt To Memory-Hole Bill That Would Have Made Parents Felons For Not Affirming Child’s Gender) 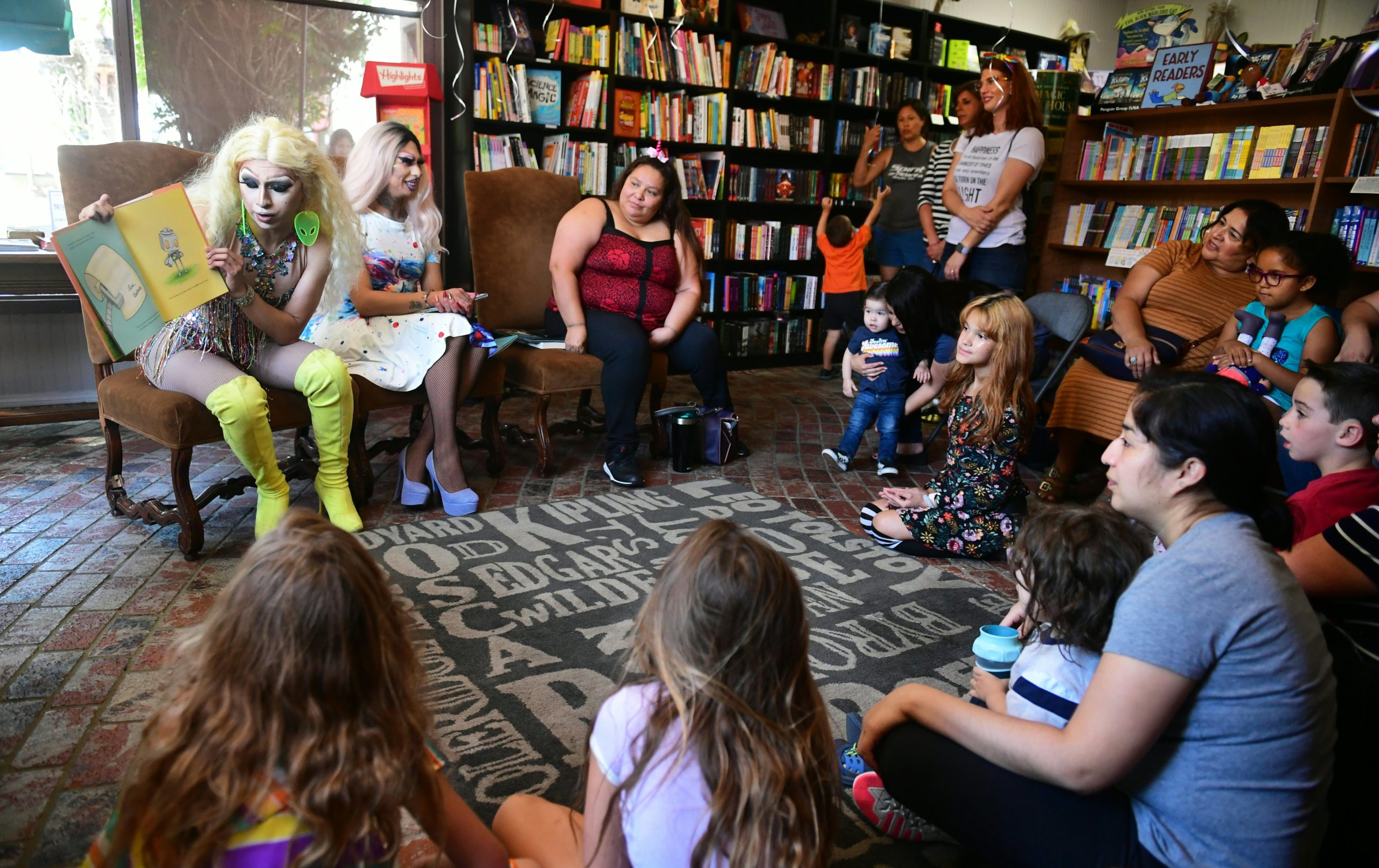 Drag queen Athena Kills (L) reads seated beside Scalene Onixxx to adults and children during Drag Queen Story Hour at Cellar Door Books in Riverside, California on June 22, 2019. – Athena and Scalene, their long blonde hair flowing down to their sequined leotards and rainbow dresses, are reading to around 15 children at a bookstore in Riverside. The scene would be unremarkable — except that they are both drag queens. The reading workshop is part of “Drag Queen Story Hour,” an initiative launched in 2015 by a handful of libraries and schools across the United States. (Photo credit FREDERIC J. BROWN/AFP via Getty Images)

Alleigh Marré, president of Free to Learn Action, told the Daily Caller that schools are promoting activism over regular academic curricula, such as mathematics and English, leading to dissatisfaction among parents.

“Pandemic policy decisions and the realization that many school systems are prioritizing activist curriculum over academics has motivated parents to a degree that is just now being fully realized with education rising to a top tier issue for a majority of voters,” Marré said.

“Parental rights have been at the forefront of almost every education-related policy decision, most recently taking the form of schools excluding parents from gender identity-related conversations about their minor child, or legislative initiatives that threaten felony or misdemeanor charges for parents who aren’t deemed appropriately affirming in those conversations,” Marré continued. “Unsurprisingly, this position is extremely unpopular.”