Trump is slated to go to an event at the America First Policy Institute (AFPI) this week, before attending the Republican Jewish Coalition’s (RJC) Annual Leadership Meeting this weekend via video, the source close to the presidential candidate said.

The AFPI is kicking off their two-day annual policy meeting at Mar-a-Lago on Thursday, Marc Lotter, the organization’s communications director, told the Caller.

The non-profit, non-partisan research institute is staffed by several notable former Trump administration officials, including Chad Wolf and Larry Kudlow, and exists to advance policies that “put the American people first,” according to the mission statement on their website. Their areas of interest include election integrity, media bias, the environment, critical race theory among others.

The event will have policy discussions on topics such as the 2022 midterms and the future of the America First agenda, and will end with a black tie gala on Friday, Lotter said.

The whole event will be held at Trump’s Florida residence, and the former president is “expected to attend,” he added. 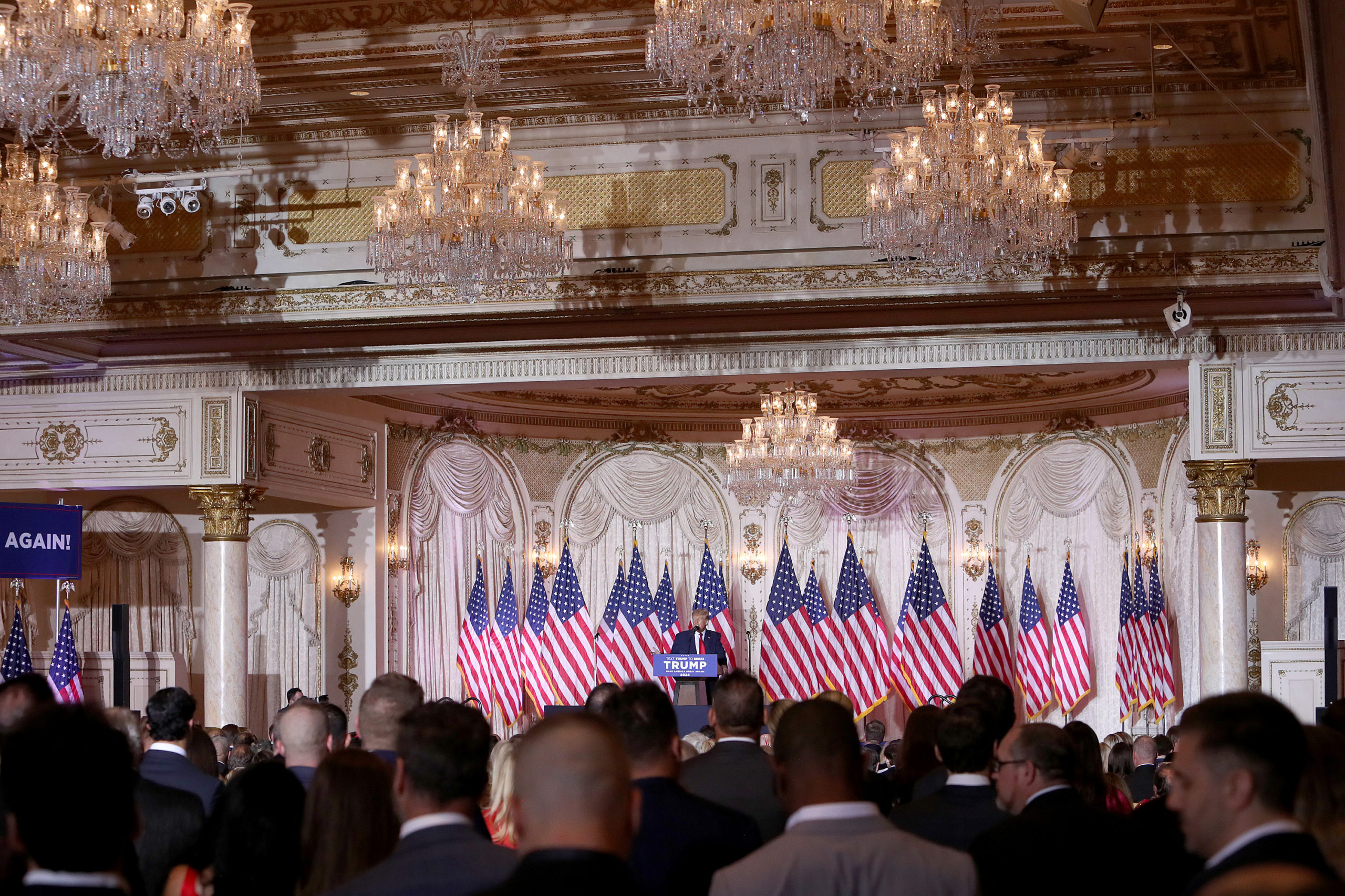 PALM BEACH, FLORIDA – NOVEMBER 15: Former U.S. President Donald Trump speaks during an event at his Mar-a-Lago home on November 15, 2022 in Palm Beach, Florida. Trump announced that he was seeking another term in office and officially launched his 2024 presidential campaign. (Photo by Joe Raedle/Getty Images)

Trump is then going to video into the RJC’s Annual Leadership Meeting being hosted in Las Vegas, the source told the Caller.

He is not currently listed as a featured speaker at the event, but other speakers on the list include potential 2024 presidential candidates, such as former Vice President Mike Pence, former Secretary of State Mike Pompeo and Republican Florida Gov. Ron DeSantis.

The RJC did not immediately respond to an inquiry from the Daily Caller.