Individuals attending the United Nations COP27 climate conference who want to eat a climate-friendly diet can consume meat that is grown in steel vats.

Media and ministerial officials at Egypt’s climate summit were served “cultivated chicken” at private events from Nov. 12 to Nov. 14, according to cultivated meat manufacturer GOOD Meat’s press release. “Cultivated chicken” is artificially produced by harvesting chicken cells from the animal that are then put into a large steel “cultivator” which provides energy and warmth to help grow the product, according to GOOD Meat’s website. (RELATED: House Democrats Pressure Biden Admin To Embrace Climate Reparations)

“Lab-grown meat may be an even more disgusting alternative than insects as it requires the stem cell extraction of animals, along with fetal animal blood and then letting it fester in a lab while an amorphous blob grows the ‘meat,'” Marc Morano, publisher of Climate Depot and former senior staffer on the Senate Environment and Public Works Committee, told the Daily Caller News Foundation.

World leaders and officials can enjoy $100 Angus beef medallions, seafood and other pricey food options in COP27’s VIP zone. COPGourmet, the official caterer of COP27, does not offer any vegan dishes on its VIP menu even though the UN promotes plant-based diets to cut carbon emissions caused by meat production.

“Not only was COP27 in Egypt rife with hypocrisy and high-end meat eating, but previous UN climate summits also featured the alleged climate danger of meat,” Morano said.

“Cultivated” meat has the potential to substantially reduce carbon emissions that are produced by food production, according to the UN Intergovernmental Panel on Climate Change. The UN also aims to “minimize emissions per calorie” and to reduce meat consumption in order to limit the climate “impacts” of agriculture, according to a COP27 food security document. 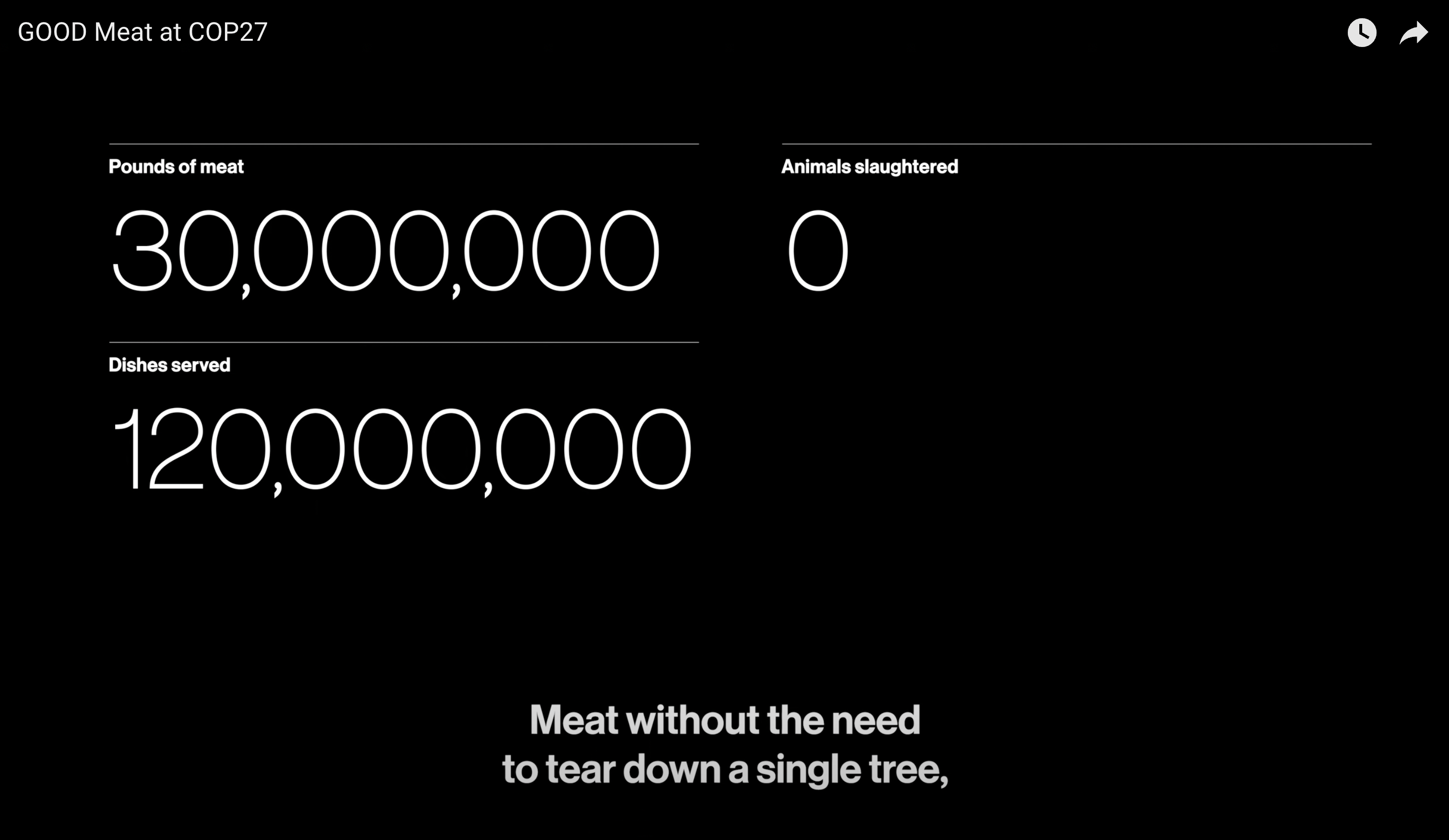 Although GOOD Meat is attempting to bring down costs by forming partnerships within the food industry and ramping up production, it has not made profits by selling “cultured chicken” for the same price as conventional chicken in Singapore, Andrew Noyes, global communications vice president of Eat Just, GOOD Meat’s parent company, told the DCNF.

GOOD Meat has already begun supplying restaurants in Singapore with “cultivated chicken” products and plans to a large facility that is capable of producing massive quantities of lab-grown meat, according to a June press release. The company’s chicken is more climate-friendly as it can be grown in just a few weeks and takes fewer resources to produce as they only grow the parts of the animal that will be eaten, according to Noyes.

“A series of historic dining experiences … will showcase GOOD Meat’s real, high-quality meat made from animal cells for the first time outside of the Southeast Asian city-state,” the GOOD Meat new release reads.

The United Nations Framework Convention on Climate Change did not immediately respond to the DCNF ‘s request for comment.