The Wall Street Journal (WSJ) editorial board lashed out at former President Donald Trump for having “bad judgment” after white nationalist Nick Fuentes showed up to Mar-a-Lago for dinner.

“Trump’s presidential campaign is barely two weeks old, and already it has his trademarks of bad company and bad judgment,” the WSJ editorial board wrote. “The former President says he didn’t know who Mr. Fuentes is, but both Mr. West and Mr. Fuentes have said since the meeting that Mr. Trump was impressed with Mr. Fuentes’s political insight. That may be because sources on hand for the dinner have leaked to reporters that Mr. Fuentes flattered Mr. Trump.”

“Nothing goes further at Mar-a-Lago than flattery.” (RELATED: Wall Street Journal Comes Right Out And Calls Trump A Loser)

The board said Trump has not “admitted his mistake in hosting the men” and “instead … portrays himself as an innocent who was taken advantage of by Mr. West.” 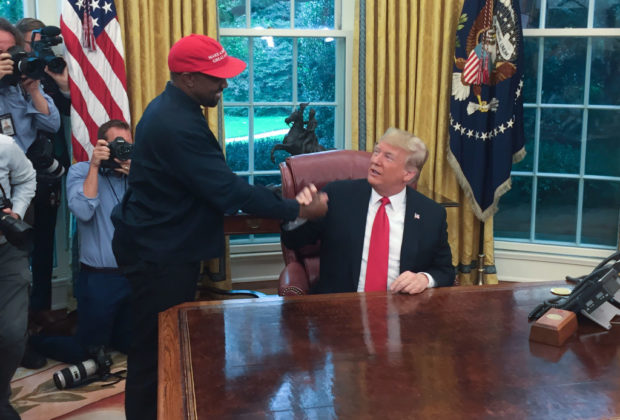 (Files) in this file photo US President Donald Trump meets with rapper Kanye West in the Oval Office of the White House in Washington, DC, October 11, 2018. (Photo by SEBASTIAN SMITH/AFP via Getty Images)

“This is also all-too-typical of Mr. Trump’s behavior as President. He usually ducked responsibility and never did manage to denounce the Proud Boys, the Oath Keepers, or others who have resorted to divisive racial politics, or even violence as on Jan. 6, 2021.”

Trump said in 2020 he condemned all white supremacists, including the Proud Boys, after earlier comments in which he told the Proud Boys to “stand back and stand by.” Trump later clarified that he meant the Proud Boys “have to stand down” and “let law enforcement do their work.” The comments came amid nationwide protests and ANTIFA riots.

“I unequivocally condemn the violence that we saw last week,” Trump said in the aftermath of the attack. “Violence and vandalism have absolutely no place in our country, and no place in our movement.”

“Mr. Trump isn’t going to change, and the next two years will inevitably feature many more such damaging episodes. Republicans who continue to go along for the ride with Mr. Trump are teeing themselves up for disaster in 2024.”