Microsoft experienced its slowest quarter of growth in the last six years in the three months ending Dec. 31, less than a week after the company made major staffing cuts, according to The Wall Street Journal.

Revenue increased by 2% to $52.7 billion while adjusted net income fell 12% to $16.4 billion, according to Microsoft’s Tuesday earnings report. The tech giant laid off 10,000 employees last week in response to an anticipated slowdown in consumer demand and a possible recession.

Shares initially jumped after the earnings report beat expectations, however the company then issued a statement predicting an annual revenue of roughly $51 billion, slightly less than what investors had hoped for, causing stocks to give up their gains, CNBC reported. By time of writing, shares were ultimately down roughly 1.0% to $242 per share, according to Google Finance.

Microsoft’s earnings release made no mention of a recession and instead pointed to the strength of the company’s cloud computing division. 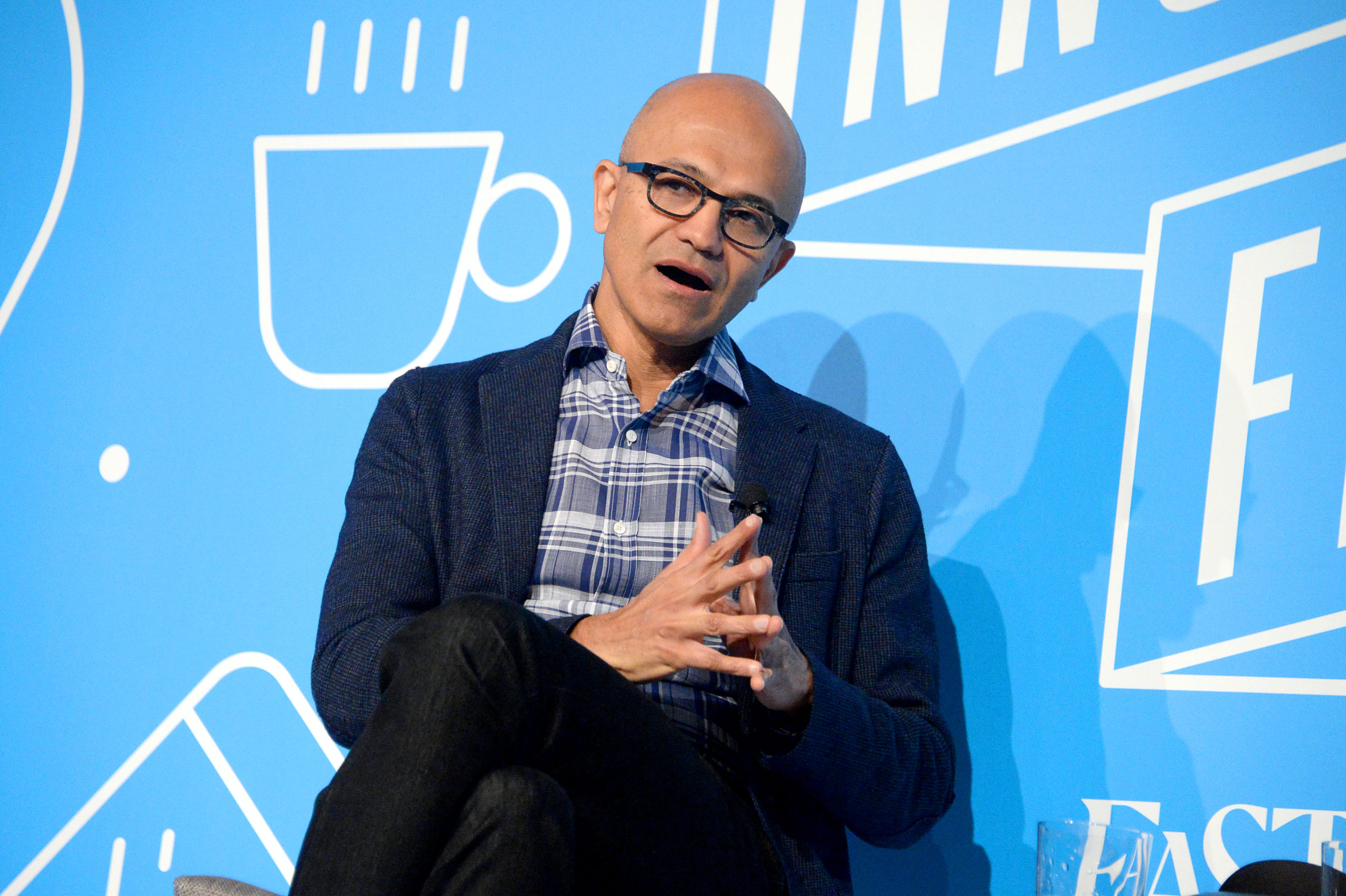 Satya Nadella speaks on stage at the “A Conversation with Microsoft’s Satya Nadella” panel at the on November 07, 2019 in New York City. (Photo by Brad Barket/Getty Images for Fast Company)

“We are focused on operational excellence as we continue to invest to drive growth,” said CEO Sataya Nadella, in the company’s earnings report. “Microsoft Cloud revenue was $27.1 billion, up 22% (up 29% in constant currency) year-over-year as our commercial offerings continue to drive value for our customers.”

Microsoft’s Azure, the company’s cloud computing arm, grew 31% surpassing investors’ expectations, according to the WSJ. Some analysts cited the strength of Microsoft’s broader Intelligent Cloud division, which grew 18% to $21.5 billion, as part of the reason that stocks rose.

Sales for Windows licenses and devices both decreased by 39%, followed by Xbox content and services which decreased by 12%, Microsoft reported. Meanwhile, ads revenue, excluding traffic acquisition costs, grew by 10%.

Microsoft’s weak earnings come as the tech industry struggles following rapid growth during the height of the COVID-19 pandemic. Other big tech titans, including Meta, Amazon and Google have each cut at least 10,000 jobs in the past three months.

Microsoft did not immediately respond to a Daily Caller News Foundation request for comment.