Alexander Nazaryan of Newsweek magazine thinks Texas Sen. Ted Cruz is a Nazi. The “senior writer” who is a former member of the editorial board of the New York Daily News, tweeted “Ted Cruz has a strong ground game in Iowa” accompanied by a picture of a Nazi parade. 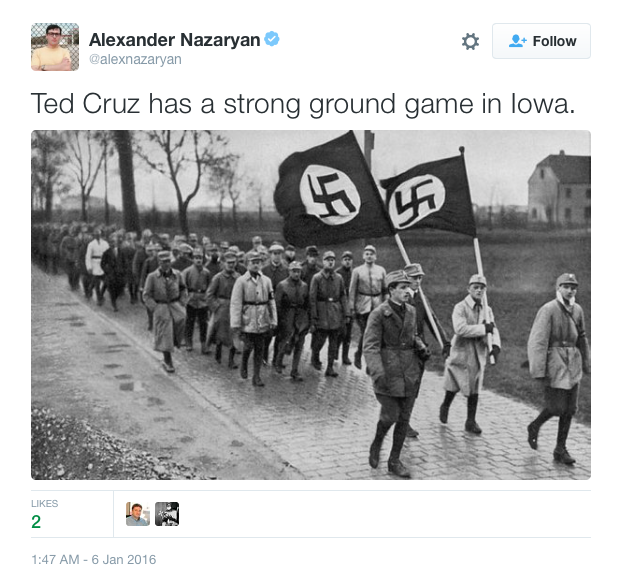 I deleted my tweet calling Ted Cruz a Nazi. Not fair to his totally decent supporters, as much as I dislike the man himself.

Requests for comment from the Cruz campaign have yet to be returned.