The 31-year-old reality star was promoting her new show “Kocktails with Khloe” at the Television Critics Association press tour this week when she was asked about her estranged husband’s condition.

“It’s not my story to tell, I want to respect that and I want him to be able to tell that story,” Kardashian told the crowd. (RELATED: Khloe Kardashian Makes Shocking Announcement About Lamar Odom) 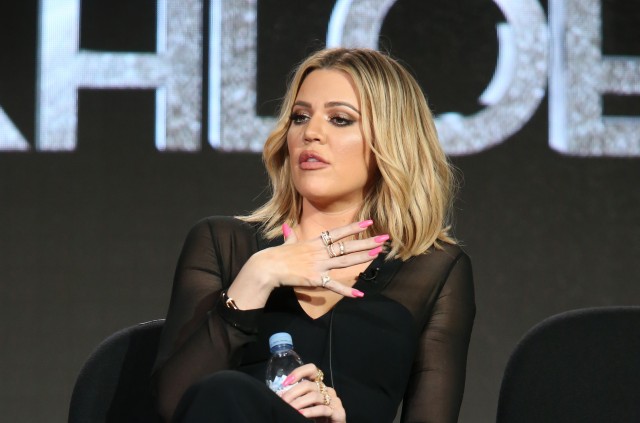 “I’m just there to support and care for him, but he’s doing amazing and I’m so proud of the strength that he has to fight this battle that’s his battle, and I’m so grateful for everybody’s love and concern because I do think it’s coming from a good place.”

The NBA star has been in rehabilitation since he collapsed at a Nevada brothel in October.

While Kardashian filed for divorce from him in 2013, the two were never legally separated. They officially called off the divorce after his hospitalization “for medical reasons,” Kardashian said.

She said Odom’s crisis will be a part of her new show.

“It does come up because it’s my life,” Kardashian said. It’s happened when we’ve been doing test shows. It’s happened that I’ve just been very conversational with that, but I’m not going to force it. It’s been flowing.” (RELATED: Lamar Odom Has Huge Revelation: ‘I Am Done’)