Well over half of small business owners, which generate most of the country’s jobs, say they feel threatened by high taxes and overregulation.

According to a recent poll commissioned by the Job Creators Network (JCN), an Atlanta-based non-profit, 66 percent said overtaxation prevents growth and threatens viability, while 61 percent said they feel the burden of federal rules weighing on their business. Nineteen percent of those polled said they planned on hiring in the next year and just 27 percent said they expect things to get better next year.

“Small businesses face some of the highest tax rates in the developed world even accounting for the fact that most of them are so-called pass through companies that pay at individual income tax rates,” the report reads.

According to the National Federation of Independent Business, payroll taxes are particularly problematic when it comes to growth.

“Payroll taxes increase the cost of labor, striking especially hard at labor-intensive businesses with thin profit margins. Payroll taxes must be paid (usually monthly) even when the business is going through period of stress and unprofitability,” NFIB said in a report. “This eats into cash flow and increases financing costs.”

JCN said these issues could be contributing to wage stagnation since they are struggling to stay afloat and are unable to raise prices in fear of losing business. 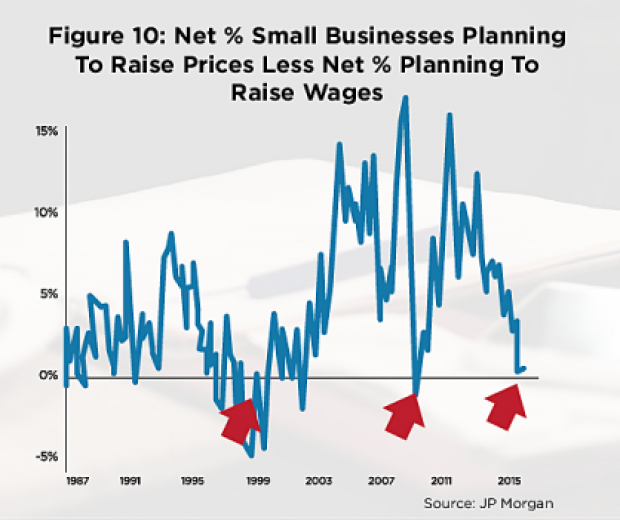 The poll said business owners listed the complexity of the tax code as another major issue they face. The report cites the World Bank ranking the U.S. 54 in the world in terms of ease of paying taxes, well behind many of its trading partners.

In terms of regulation, most said federal rules – including health care mandates and minimum wage – prevent them from expanding their businesses.

“Regulatory costs are now nearly $12,000 per employee per year, which is 30 percent higher than the regulatory-cost burden that larger businesses face,” NFIB Executive Director Karen Harned told members of Congress in July.

According to a 2015 Bank of America survey, 64 percent of small business owners are still trying to bounce back from the great recession.

The poll was conducted from Jan.7-8 using information gathered from 408 small businesses across the country.