John Krasinski said he’s disgusted by the presidential candidates who are using the new Benghazi movie to further their political agenda.

Krasinski stars in “13 Hours: The Secret Soldiers of Benghazi,” the film centered around the September 2012 attack on the U.S. diplomatic mission in Benghazi, Libya, that left Chris Stevens and Sean Smith dead.

“I think it’s a shame that a movie like this would be used so much as a political football,” Krasinki said during an interview with the Daily Beast. (RELATED: Hillary Clinton Not Mentioned In New Film About Benghazi Attack) 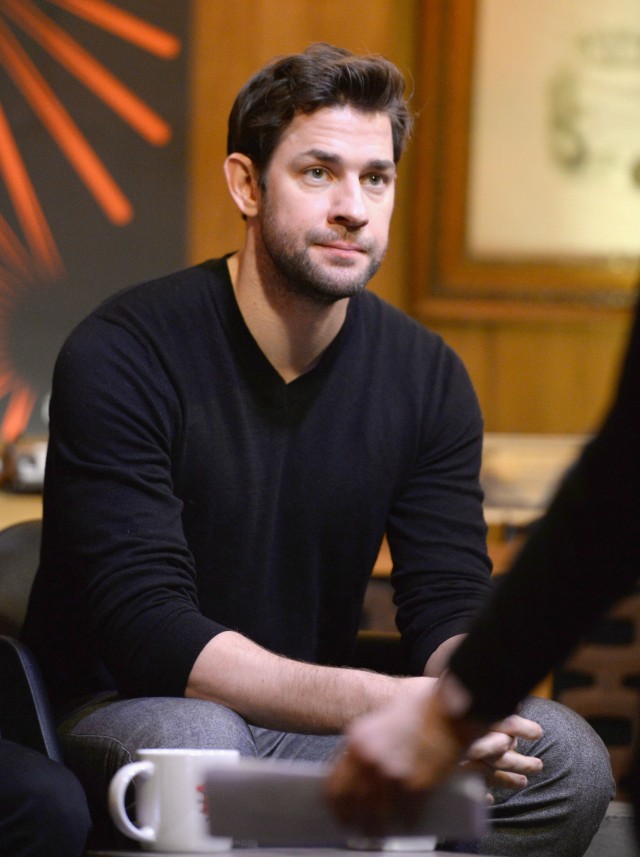 “Now, I’d be naïve to say that people weren’t going to take this politically. If that was your agenda, and you wanted to see this movie politically through your own lens, you were going to do that whether we want you to or not. And that’s your right.”

[dcquiz] “What I don’t think is fair, and what I think is a shame—and actually I’ll go so far as to say a total dishonor—is to not at least acknowledge what this story is: acknowledging these six guys. ”

“I am actually slightly disgusted at the idea that applauding our military has become a political thing rather than universal,” Krasinski added.

“It’s universal. That should be an immediate acknowledgment, and then all the political opinions, conversations, and punditry is part of the process. I would never say we shouldn’t talk politically about stuff—as long as step one is acknowledging these guys and what they went through that night.”

“I don’t care if you’re Ted Cruz, Marco Rubio, or Hillary Clinton herself,” Krasinski continued. “All of them can safely say that if the movie succeeds in portraying these guys as heroes, then that’s an important thing that we should all acknowledge.”

“Even Ted Cruz, for him not to say it acknowledges our heroes but to make it about that night and connecting it to Hillary, you’re allowed to do that, just say how heroic these guys are first. Give them their due. And then say, ‘And now I’m going to talk to you about how it relates to Hillary Clinton.’ But for the most part, that’s not what’s happened.” (RELATED: The CIA Met With Michael Bay. You Might Go Nuts When You See Why.)