Senate Minority Leader [crscore]Harry Reid[/crscore] bemoaned the lack of diversity among the Iowa electorate while speaking to reporters on Tuesday.

“Did you see the diversity in Iowa [Monday] night?” Reid asked, according to Roll Call. “Huge crowds? I saw, there wasn’t any.” (VIDEO: The ‘Browning Of America’ Does Not Include The ‘Browning Of Democrat Leadership’)

Roll Call reports that Reid was responding to a question about the caucus results. He went on to criticize how the primarily white electorates of both Iowa and New Hampshire do not represent the majority of America.

“It’s really I think a system. I don’t see it changed tomorrow,” he continued, “but it’s kind of a not very good system to have for decade after decade, Iowa and New Hampshire meaning so much when it has no recognition of what America’s all about as far as diversity and wide-ranging economic issues.”

It should be noted that Iowa voters awarded minority Republican candidates — [crscore]Ted Cruz[/crscore], [crscore]Marco Rubio[/crscore] and Ben Carson — 60 percent of all caucus votes. 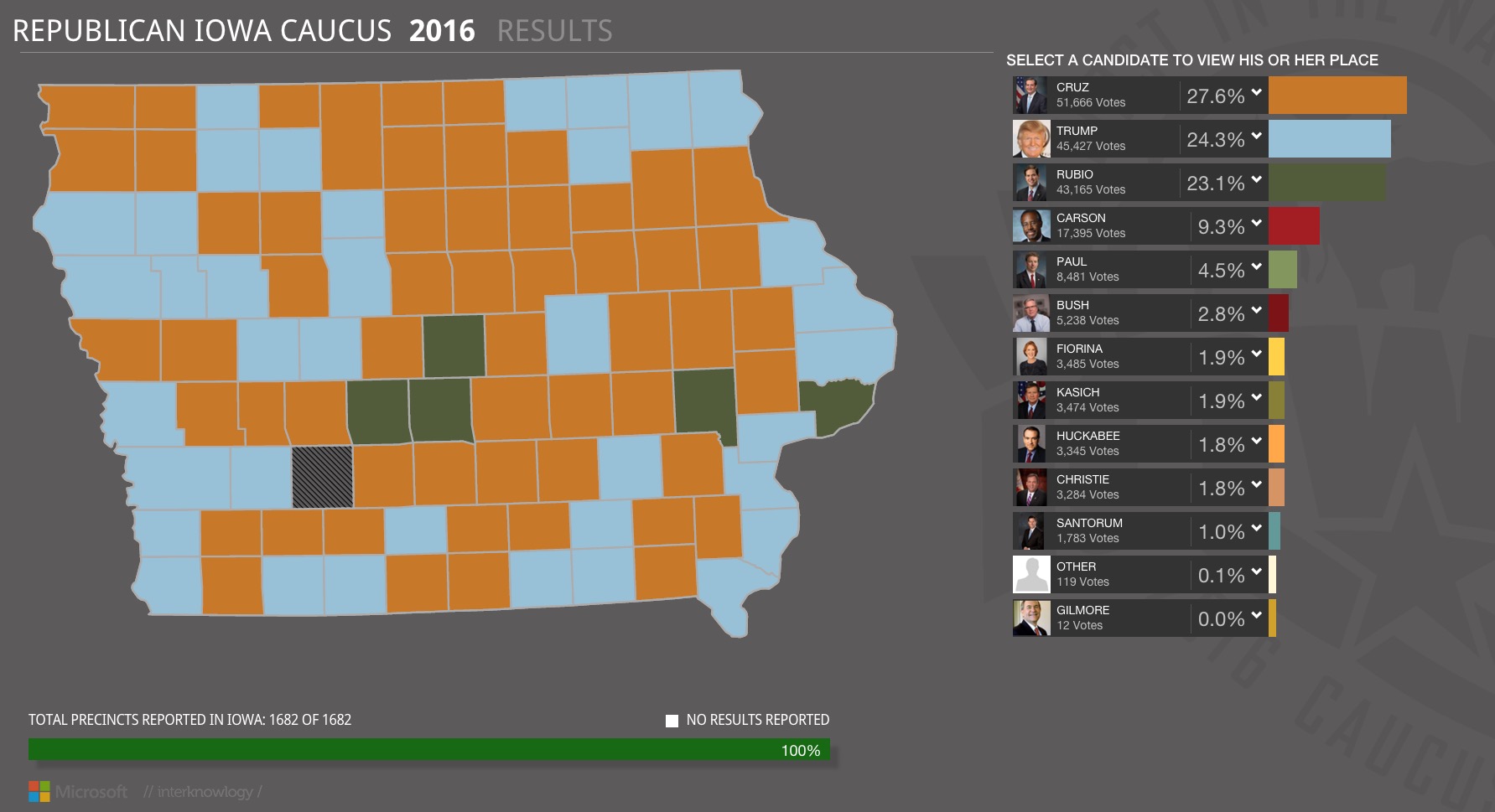 No Democratic minority candidates received votes in the Iowa caucus.