Jessica Alba is missing her shirt in her latest magazine cover.

The 34-year-old is on the cover of Cosmopolitan’s March issue, and though she’s wearing a red jacket and red pants, she has on nothing underneath except a red bra. 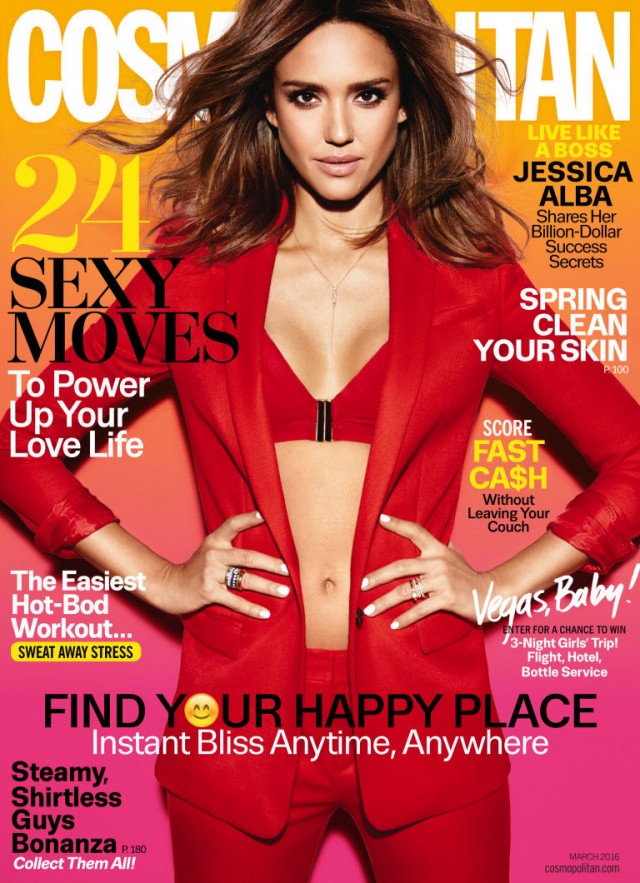 Though she was once voted the hottest woman alive by Esquire, Alba said she has always felt more masculine than feminine.

“Most of my life, I identified more with my masculine side,” Alba told Cosmo. “I was kind of aggressive and super masculine in my early 20s, even into my mid- 20s. I got boobs when I was young and I was like, ‘What do I do?'” (RELATED: Jessica Alba Hit With Lawsuit After Company’s Sunscreen Left Kids Badly Burned) 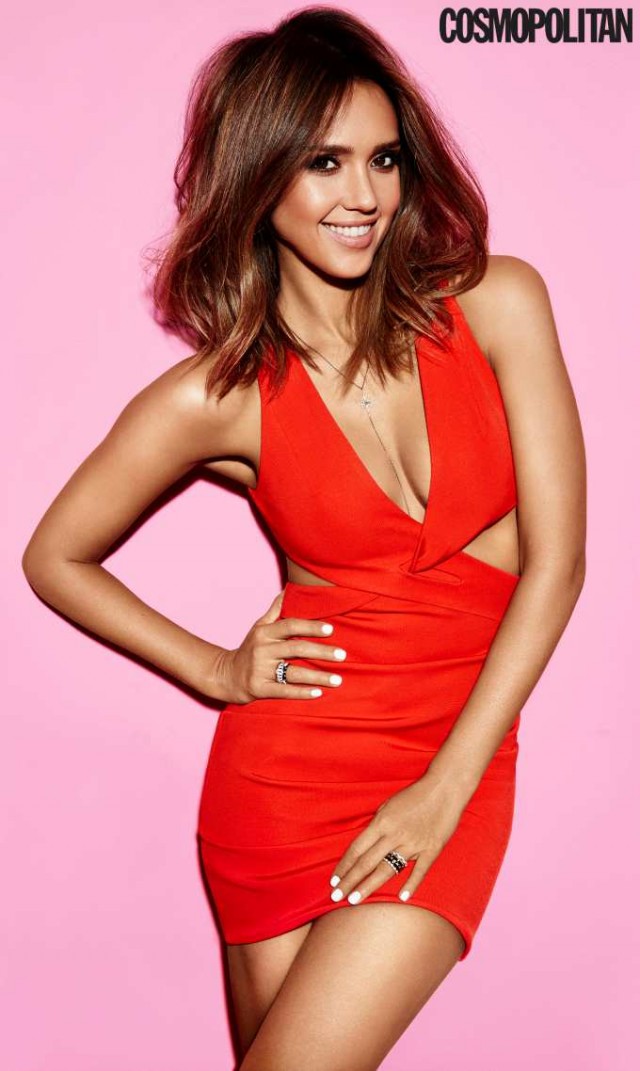 “I was never the girl who they marketed,” she continued. “I was always feeling angry, like an imposter. I learned how to be cool with the feminine later in life.” 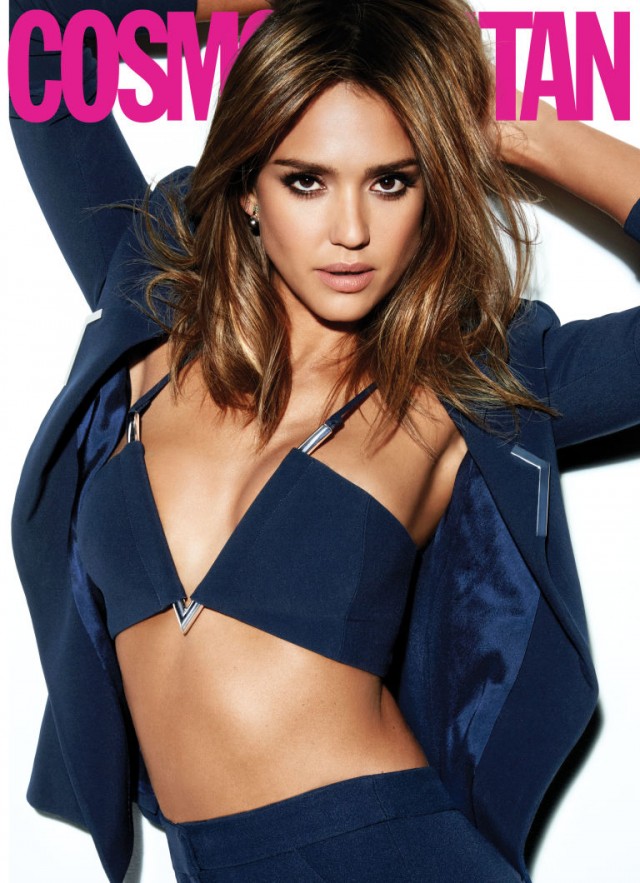 Alba now owns and runs her own billion dollar business, “The Honest Company.” (RELATED: Jessica Alba: ‘I Wanted To Put A**es In Seats’)

“But I know what women want — [men] don’t. Whenever they question me in meetings, I’m like, ‘Go home and ask your wife. This is a pointless conversation. Go home and talk to her.'” (VIDEO: Jessica Alba Really Did Get Pushed Around By Kylie Jenner’s Bodyguards)