Lena Dunham admitted the frequent nude scenes on her HBO series are getting harder and harder to do.

During a recent interview, the 29-year-old actress said it was easier to do them when she wasn’t famous.

“In some ways, it’s gotten harder,” Dunham told Refinery 29. “When I first started the show, I wasn’t in a relationship, no one knew who I was, I was just kind of living for the work. So when I took my clothes off on camera, it was just an extension of that.” (RELATED: Lena Dunham: The Way The Media Covers Clinton Is ‘Rabidly Sexist’) 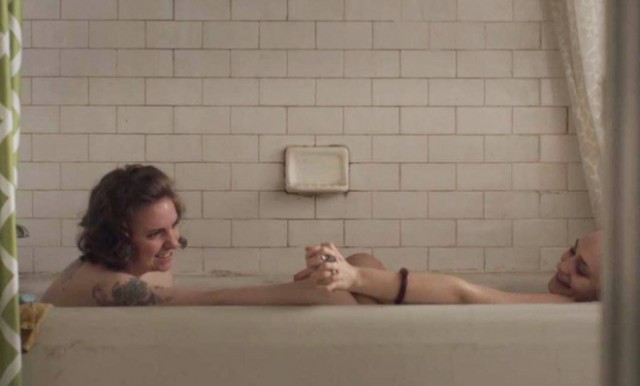 “It didn’t occur to me that in the first season, TV critics and people on the internet would be seeing this.”

“Now, for better or worse, when I take my clothes off, I already can hear the din of the reaction. Part of getting older for me has actually been feeling more modest. Unfortunately, Hannah Horvath doesn’t always allow for that. I hope to reprise some of her nudity in this final season with vigor.”

Dunham said she has struggled with negative comments about her body.

“I didn’t feel pretty in high school, or really, in college,” she said. (RELATED: Lena Dunham: ‘I’m Riding The Hillary Train Into The White House!’)

1
Tucker Carlson Insists Biden 'Will Not Be The Democratic Nominee.' Here's Who He Predicts Will Assume The Mantle
Media
2
Kennedy Center Lays Off Musicians After Receiving $25 Million Arts Bailout
US
3
Trish Regan Out At Fox Business
Media
4
China Was Lauded As New 'Global Leader' For Distributing Medical Equipment To Fight Coronavirus, But Most Of That Equipment Is Reportedly Defective
World
5
Rep. Thomas Massie Speaks Out: 'They Don't Want To Hear The Truth'
Politics